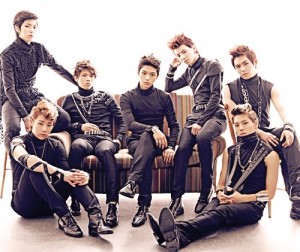 Most people hear the word “pop” and take it in the traditional sense of the genre. They think of the same Top 40 singers flooding the airwaves such as Katy Perry or One Direction. So when people hear the word “K-pop,” they often develop the misconception that it means the same kind of music, only sung in Korean.

“Serious” listeners of music — read: people who take themselves a little too seriously — often brush pop off as lacking any merit, and people who like pop don’t see the point of listening to the same kind of music in a language they don’t speak. Either way, they simply write K-pop off as a whole. But the name K-pop is a misnomer and thus a stumbling block to Hallyu.

The fact is that K-pop is not simply pop. It would be too reductive to confine it to one style of music when in fact it is genreless. The name K-pop actually comes from what pop music originally meant: popular music.

Think about any Korean group considered K-pop. Each tends to lean to a certain type of music, but they rarely stick to that alone. Every single one of them takes elements from different genres and combines them. They are constantly evolving, changing their style with a new sound, concept or image. It’s all about progression and making something new by taking inspiration from all sorts of music from every genre.

Take Block B. Traditionally a hip-hop group, their last single “Nillili Mambo” featured horns, heavy percussions, even a military chant, with an almost hypnotizing chorus, all filtered with a pirate concept. Oddly, the group’s leader Zico says that when he composed the track, he took inspiration from Korean folk music, which is far displaced from their characteristic rap and hip-hop style. And yet, it worked as a K-pop hit.

Another huge trend in the K-pop world has come with the incorporation of electronic music. Famous quintet Big Bang notably used it in their 2011 smash hit single “Tonight,” which fused rap and R&B with an electronic twist. Even groups that are set in their genre have been weaving subgenres of the style into their music. Super Junior with their distinct pop style that they’ve vaguely titled “SJ Funky” dabbled with a little house music in “Sexy, Free & Single,” the single off their sixth album.

You can even find strands of retro influences in K-pop. Known for their so-perfectly-synchronized-they-must-be-robots dance moves, Infinite has an obvious ‘80s influence in all of their music. Think of “Paradise” with its percussion-heavy, synthesized beat. It sounds like it could have been sampled straight out of a Tears for Fears album.

And that’s just the tip of the iceberg. There’s K-pop music out there that combines any genre you can imagine, be it rock, rap, dubstep, R&B, orchestra, hip-hop, country, even Gregorian chants (EXO’s “Mama,” anyone?).

When I first heard about K-pop, I didn’t give it the time of day. Granted, I was one of those “serious” listeners of music in my angsty stage and only listening to music with “meaningful” lyrics, but it certainly did not help that the music I was trying to get into was called K-pop. The word only turned me off even more. So I was surprised to hear that groups as different as f(x), MBLAQ and FT Island were all considered K-pop because that’s what sets K-pop apart. It’s rich with so many different styles and doesn’t limit itself to a certain style. Nothing is off-limits. 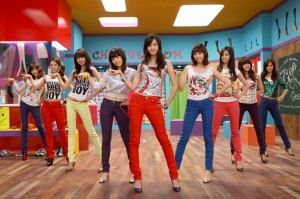 Sure, there are groups that use the typical “pop” such as the iconic Girls’ Generation song “Gee,” which is the quintessential definition of bubblegum pop. The song has come to be recognized as what K-pop really is, with over 100 million views on their music video. But the truth is that there is so much more than just that.

There is something for every music lover out there, which is why I don’t like to introduce people to K-pop. I prefer to introduce them to Korean music. Plain and simple. Why should we label such a diverse array of music with a word so limiting as “pop”?