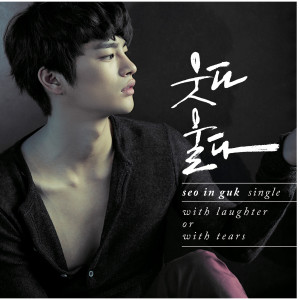 A year is a long time for a singer to go without new material, but Seo In-guk‘s been busy, focusing on cultivating his acting repertoire. After a supporting role in Love Rain, the Superstar K winner went on to prove that he really did have the acting chops in drama Reply 1997, a breakout performance that has moved fans and critics alike. He continued with several other drama appearances, before confirming his big-screen debut; his company recently announced a dual signing to the films Police Family and No Breathing. But before we get too far ahead, we’ll see him going back to his roots.

While Seo In-guk hasn’t entirely neglected music — he’s had occasional singles released here and there — he’s finally releasing a new EP, With Laughter of with Tears, his first album since Perfect Fit back in April 2012. This new release is a led by a stirring, emotional ballad that is likely to show a different side to him; Seo has never promoted a ballad as a single.

With Laughter or with Tears

The album opens with said single, a soulful ballad set to a beautiful acoustic guitar that compliments his voice beautifully. One verse in, the track shifts into a more familiar R&B beat, supported by piano accompaniments to build further the depth of his singing, alongside the song’s heart-wrenching lyrics about a break-up.

The music video itself is a perfect rendition of the song. It begins with Seo waking up and remembering his relationship with his ex-girlfriend, played by actress-turned-director Goo Hye-sun of Boys over Flowers fame. From sweet moments playing in the laundry to accidentally setting the food on fire while cooking, these tender vignettes fit between the stark scenes of Seo being alone and emotionless in the present.

The story culminates in the aftermath of a bar fight, with Seo in a somehow-still-pristine suit stepping over people. The scene is paralleled with Goo sitting at another bar, also dressed to the nines, drinking, crying and reminiscing alone.

Composed and written by Goo, “Were We Happy?” is a track about remembering a past relationship and wondering if it could’ve been different. It starts off with a melancholy piano, followed by the sounds of a guitar, trickling in with Seo’s reserved voice. The song progresses, with string instruments growing the melody, but it stays away from transforming into a soul sound. It remains subdued, even when Goo starts chiming, but it really is still Seo who’s leading the song as you can hardly hear her voice over his. 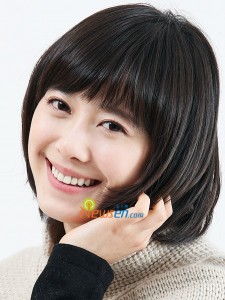 The track trips into a soft rock ballad toward the end. While the short break of drums is a bit of an abrupt transition for me, the kinks disappear when the piano and strings return, and the song tapers back into the painful but lovely final note: “never again.”

I Can’t Live Because of You

With all the heartbreak, Seo doesn’t leave us on a sad note but ends with an upbeat track, “I Can’t Live Because of You.” He released the track previously, as a single in January.

Featuring Verbal Jint on rap, the song is R&B through and through, with its soaring emotional vibes over a strings and electric guitar combo; in addition to Seo’s raw, crisp voice, the song’s warmth reverberates. It’s a perfect high note for an album about heartbreak; it denotes a man with no regrets as falling in love is/was his “favorite accident.”

Emotions wise, the album is perfectly pitched. It starts off bittersweet — with lingering memories of a relationship — and cuts straight into a track that represents a rhetorical situation — questioning “if it could have been better?” — before tearing the melancholia to pieces; Seo ties it all together with a reminder that love can still make us happy.

One of the most wonderful things about Seo In-guk is that delicate waver in his voice; he has such control over it that it acts as an emotional trigger, and yet it never seems like he’s trying too hard. He trusts that being subtle is enough. With Laughter or with Tears is after all a ballad album, and he edges close to reflecting the deepest sorrows, but he doesn’t shove the listener head in; his masterful delivery is done with restraint, allowing the us to appreciate both his voice and the stories he’s trying to tell.

What do you think? Is this rating justifiable? Let us know in the comments below!