Love is a One Way "Ticket" 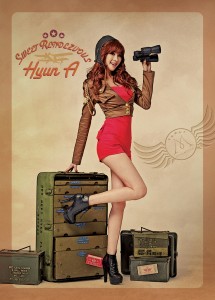 The ladies of Nine Muses have released a new MV for “Ticket,” the lead single off of there latest mini-album Sweet Rendezvous. With a name like “Ticket” a travel theme is to be expected, and we could tell from the various teaser images of the members waiting with luggage in a train station or the individual shots that were styled like vintage travel posters, that that is what we were going to get. However, the MV was accompanied by the following blurb about the song:

“[It’s] acting as a metaphor for a new definition of love, comparing one’s feelings to a one-way ticket through the emotions of Nine Muses”

It is an interesting take on love, and something that should be kept in mind when watching the video. In it, you can see a young man enter a dark, lonely train station and purchase a ticket emblazoned with the words “One Way.” He proceeds to the platform where he encounters Nine Muses all waiting for their trains to come through.  They look somewhat melancholy as they check their tickets, hopeful for a match, yet he boards the train alone. Later, Hyuna is also seen boarding the train and after it leaves Sera is shown near tears, running after the missed train.

After watching the video you see that Hyuna is also on a train alone, imagining she is with the young man, who is also alone on the train.  Sera regretful, but resolute, walks away from the station, once again alone. While love being represented as a “one way ticket” can be interpreted in a variety of ways, the repetitive imagery of unaccompanied people coupled with some of the lyrics, I think of one-sided love.  The man is on a train speeding away towards love, but he’s on that train alone–a pretty depressing thought, but definitely a cause for the long faces throughout the video. Sera, on the other hand, just missed the train and a shot at love.  Like I said, I think this is definitely up for debate, but this is just a possible deeper meaning. 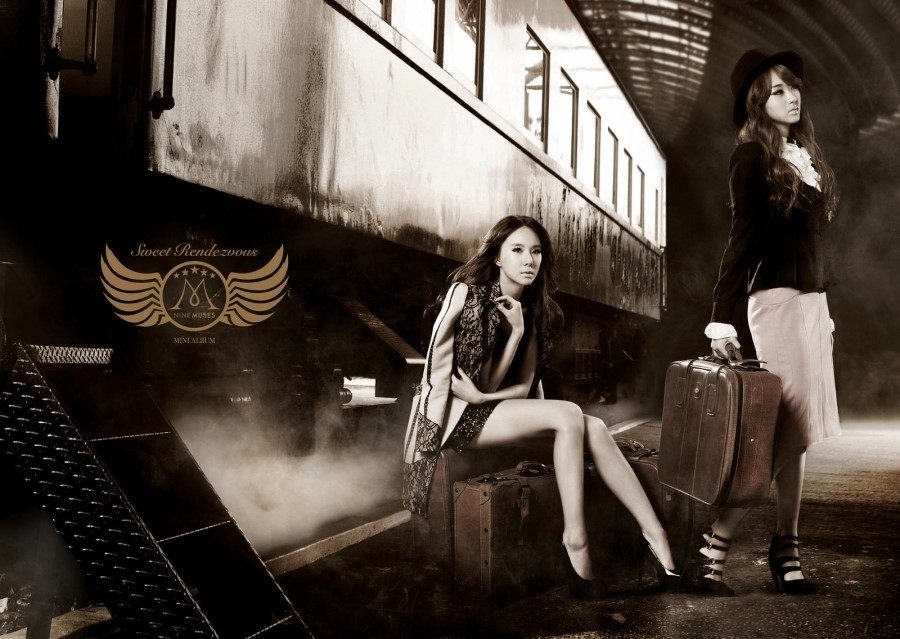 To go with the vintage feel of their teasers, the video starts with a grainy film effect, and the coloring of the video is also very sepia heavy, which gives it an old-fashioned feel. The members are styled in a very feminine manor that borders on retro without being costumey and antique suitcases are also used to compliment the theme. There is a soft-lit, hazy look to the story scenes that make it feel like a dreamy metaphor for feelings instead of what could be going on in their real lives that lead to them experiencing the feelings highlighted in the video.  These aspects come together really well, but then the dance scenes are thrown in, and with it comes brighter lighting, rapid dance moves and two costumes that, for me, really detract from the video. 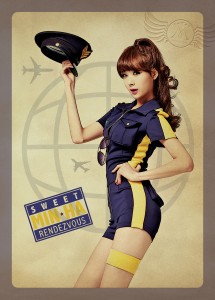 The costumes are supposed to give off an older feel, but are definitely relate more to airline travel than trains.  Of the two, I prefer the military-esque olive green and red outfits, because they seem less out of place in the video than the brighter blue and yellow ones with the mirrored aviators. Honestly, both reminded me way too much of past SNSD performance gear (“Genie” and “Mr. Taxi”, respectively) and it was just another thing that distracted me during these parts of the video. It would have been a better choice to have one or the other, but then that cuts down on stage options, right?

I appreciate what Nine Muses tried to present with this video, but part of me is feeling like I may have missed the train on this one.  What do you think?