Into The New World With SM Town Travel 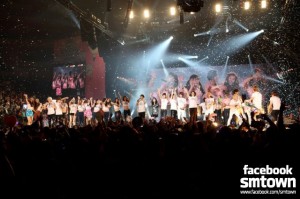 Just in case you thought that SM Entertainment couldn’t possibly devise another scheme to bring in buckets and buckets of money, let me correct you: Korean news media outlets are reporting that SME has recently acquired an American travel agency based out of Hawaii, which was formerly (and aptly) named Happy Hawaii. Renamed SM Town Travel, the agency will “[aim] to create synergies” between the world of Korean entertainment, as popularized by Hallyu, and the business of arranging tours and vacation packages.  In other words, this travel agency will largely cater to a new and growing crowd of international tourists whose interest in South Korea stems primarily from their interest in Korean entertainment.

This is obviously a brilliant business strategy, though SME can’t exactly take credit for it; tour packages that are designed with Hallyu in mind have been operation for some years, though they have largely been centered on K-dramas and catered to the Japanese market.  However, SM Town Travel’s tours will have the added benefit of cutting out the middleman.  They won’t have to contract with entertainment agencies in order to arrange for fan meetings, tours of the entertainment headquarters, and concerts because they are the entertainment agency.  Access to some of Hallyu’s biggest stars (SNSD, Super Junior, DBSK, and SHINee, to name a few) is obviously at their proverbial 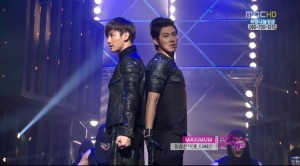 fingertips.  As the international fan base grows in numbers and in their increasing desire to get closer to their favorite idols, I can definitely see this paying off; what better way to capitalize on Hallyu, which has set its sights on foreign expansion, than to bring consumers directly to South Korea, where their exposure and access to Hallyu-related products is far broader than it would be at, say, an SM Town Live concert held in the city of your choice?  Given that SM Town cannot feasibly hold a concert in every city in which there is even a modicum of demand, Hallyu tours could take off as the best option for international fans who would otherwise have no way of getting to interact with Hallyu on a more personal level.

When I heard this news, my first thought was, “Well, of COURSE SME would go and buy themselves a travel agency.”  But once the initial eye-rolling was over, I began to wonder about what sort of far-reaching impact this kind of travel agency might have not only on Hallyu itself, but on foreign perceptions of South Korea.

I think it is fair to say that I have a slight tendency to rag a bit on the so-called “Koreaboo,” a person who (over)indulges in Hallyu.  Koreaboos may be largely innocuous, but there seem to be some individuals out there who have taken their love of K-pop to an unhealthy level by attempting to become Korean themselves (fyi: impossible).  But herein lies the problem: Koreaboos have become infatuated with an incredibly superficial image of South Korea.  I probably do not need to explicitly state that South Korea is not exactly how it is portrayed or experienced in dramas and in popular culture, but if your only exposure to any aspect of South Korean culture or society is through K-dramas and pop music, you’re… definitely missing some crucial elements.  To say the least.

An SM Town Travel tour could remedy this; by allowing fans to directly experience South Korea in an environment geared towards popular culture, fans could draw a greater connection between what they see on television and foods they have eaten, and places they have visited. A Korean drama might be exponentially more fun to watch if you can relate on a deeper level to the content that is shown.  On the other hand, it could further exacerbate the Koreaboo problem by portraying a South Korea that more or less fits the rather shallow image shown on television.  It really depends on how Hallyu-centric these tours really wind up being; if every waking moment of the tour is dedicated to some aspect of popular culture, it might limit one’s prospects of seeing the rest 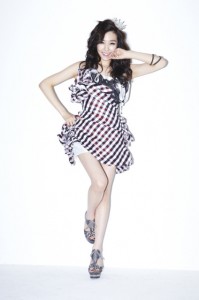 of Seoul, and indeed, the rest of South Korea.

SM Town Travel has to potential to create the ultimate fangirl/fanboy tour here: while I can’t say how far they’d go in terms of allowing access to their stars (basically, how much money do I have to pay for a private coffee date with Tiffany?), that they are planning to allow at least some sort of unprecedented access to either their building, their stars, their concerts, and more.  Otherwise, the tours wouldn’t really stand out, nor would they be capitalizing on the immense opportunity that SME has here.  For my part, I hope that these tours are an opportunity for Hallyu lovers to fall in love with South Korea itself and not just the iconic people and pop culture products with which it has become associated.

What do you say, Seoulmates?  Would you take an SM Town Travel Hallyu tour?  What would your ideal Hallyu vacation package look like?