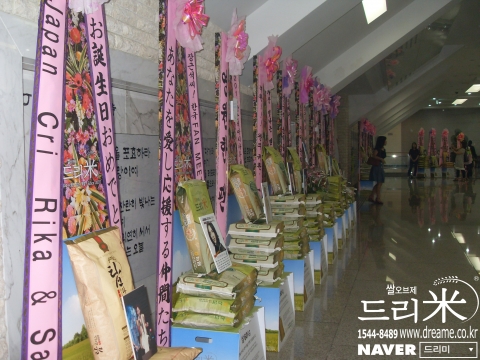 Stars are not stars without their fans.

It is thanks to the fans, the loyal supporters, that somebody can become a well-known singer, or perhaps even an icon for their country. It is the fans that buy the albums, the fans that attend the concerts, and the fans that are partly responsible for spreading the word about their favourite artist. When it comes to K-pop, with the polished idol groups and the hordes of screaming fans — be they VIPs, Inspirits, SONEs or Wonderfuls — comes some strings that might be better left unattached.

One of the most fundamental aspects of K-pop is to market their idols not only using music, but also through variety shows. Be they variety shows where the idols in question are guests, or where they are the focus, the idols’ personalities are sold through shows like Strong Heart and Sesame Player. This is an aspect almost completely unique to K-pop, where a variety presence is almost essential to the success of a group or soloist. The reason it is still continuously employed though, is because it is an exceptionally strong marketing tactic. Through variety shows, fans are given a different perspective of their favourite idol. They see them off the screen, displaying personality traits impossible to demonstrate effectively in a performance, and that more often than not, fans fall in love with more than the music, more than the performer. They come to have a strong attachment to their favourite idol, not only for their talent, but for the people they present themselves as. In fact, it might not even be a stretch to say that the fans will fall in love with their favourite idols, and their behaviours will reflect that. The main problem though, is that this might not be the best characteristic for any fan to gain. 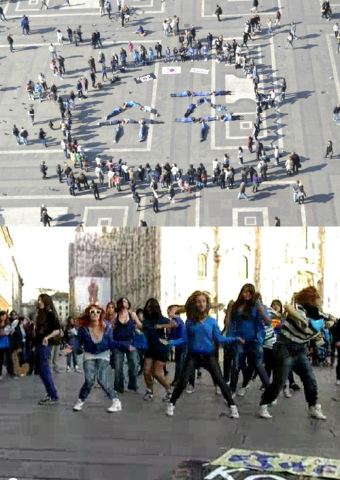 It’s only too easy for fans to become overprotective with such mindsets and at other times, irrational. And if any fandom has a track record, it’d be ELF. Fans of Super Junior have been involved in several incidents, some which go better unnamed, some which can be justified. Their reactions though, are often overblown and exaggerated, and more than once, ELFs have pushed blame on SM Entertainment for any mistreatment of their boys.

The most recent event for ELF would have been at last year’s SBS Gayo Daejun where ELFs were not notified of the recording times. As such, Super Junior didn’t receive adequate fan support. Naturally, when news of this came to light, ELFs were in outrage and the boys themselves were clearly disappointed. Instead of focusing all of their effort into making the next few Gayo performances for Super Junior spectacular with strong support, a large proportion of ELFs went to blame SM Entertainment for mismanaging Super Junior — even focusing on SNSD more, and putting Super Junior in the backburner when promotions for ‘The Boys’ began.

While the dedication ELF has is incredible, the reputation they gain when they express mass outrage (at times irrational) doesn’t hurt the fanbase alone — it also hurts Super Junior. The reputation a fanbase has is not separate from the group they support. The problem only goes further when the members of Super Junior themselves don’t make a substantial effort to calm their fans down.

All of this begs the question; what makes a good fan? Specifically, a good fan within the K-pop fandom?

We all know that things work differently in K-pop. The emotional attachment many fans develop isn’t the same with artists in the West. The almost fanatical purchasing of merchandise isn’t exactly replicated everywhere else — it’s something people can identify as a K-pop way of doing things. After all, fans realize that the industry is a fast-paced one. It’s a race to get to the top before a group gets lost with the almost exponential influx of rookie groups and fans play a part in it. It’s up to the fans help their favourite artists secure music show wins, the fans buy the albums, the posters and the concert DVDs. 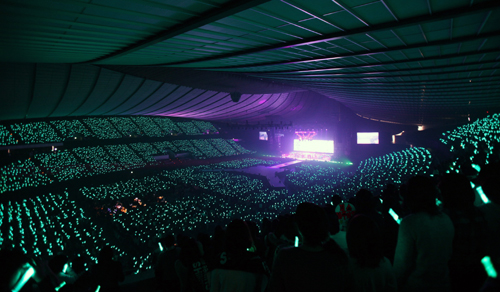 But still, fanwars come to life. Still, we hear about fans doing something inappropriate, a fandom expressing something that would best be left unsaid. We may hear about an flood of negativity when somebody is discovered to be in a relationship. Some of these reactions should be expected, others really shouldn’t be around at all, so what makes a good fan? It’s a difficult question to answer.

To start off, is buying the merchandise an artist puts out necessary for somebody to be considered a good fan? In all fairness, not necessarily — especially for international fans. While buying albums does give an artist income (digital or physical), it shouldn’t be the sole condition for somebody to be considered a fan. Anybody with money can buy an album; money, though, doesn’t entail somebody’s support of the artist. All it shows would be an appreciation for the music that the artist in question has put out, but nothing more. Furthermore, there are plenty of people who aren’t in conditions to freely purchase the music. On the topic of international fans, they could be at a disadvantage, with online sources as their main K-pop shopping centre. There are shipping prices to consider when purchasing physical albums and not all digital media can be bought by international fans.

This leads us to the behaviour a fan should exhibit. It is easy to call yourself a fan of a group. Easy to dub yourself a Shawol, a B2UTY, a Blackjack. As long as you support the group in its ventures, you can call yourself a fan. After all, a fan is simply somebody with a liking or enthusiasm for something. But still, we need to draw a line. As fans, we must realize that as much as we adore our ultimate bias, it’s not up to us to carry their burdens, nor is it appropriate for us to act on our emotional impulses alone. 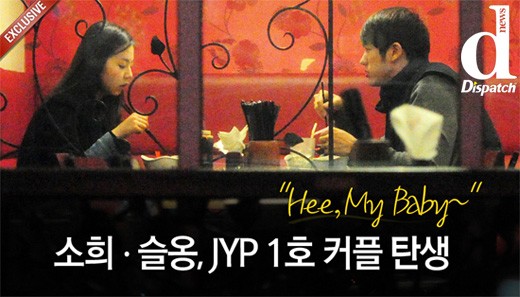 One of the simplest examples out there would be in the instance that one’s ultimate bias was discovered to be in a relationship, be it with another idol or with somebody outside the industry. The initial response, surely, would be one of betrayal. It isn’t something that one would like to admit openly but it’s a reaction that can only be expected. When a fan has invested so much in their favourite artist, only to find that they ‘belong’ to somebody else, a form of betrayal will be felt. That emotion isn’t anything to be ashamed of. However, it is how we react to those emotions in question that is of importance. The inappropriate reaction is something we’ve all seen before: an expression of anger or disgust — anything disapproving — towards the offending girl/guy/sheep who has ‘stolen’ the affections of the bias. Before we head off and and display our emotionally-charged disapproval to the new couple, we must realize that even though we feel like we know our idols, they are still ultimately strangers. We haven’t met face to face and even if you have (you lucky human), there is no prerogative for us to stake a claim on them and say that they can’t love somebody else.  A good fan would realize this, as heartbreaking as it might be, and they will take a step back and wish the happy couple well. 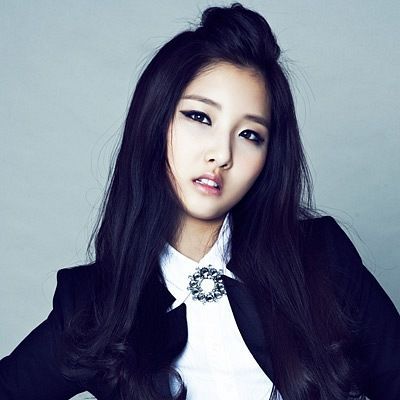 It’s fine for me to look at 4Minute‘s Jihyun and say that she is perfect in my eyes. There is nothing wrong about me holding my own beliefs regarding whoever it is I choose to admire — at least, not yet. There might be a problem though, when somebody comes along and states quite logically that the ‘perfect’ human being in question is not a fantastic singer, lacks in stage presence and might have benefited from staying out of the career path of an idol and continuing her dance education. It doesn’t matter who these types of critical comments are directed to, as a fan, it is only expected for one to be somewhat hurt on behalf of the object of their adoration (note how it’s ‘on behalf of’ — we are not obligated to feel those emotions as those comments aren’t directed at us or our tastes).

Then, how is one supposed to react? It isn’t difficult to see that a fairly large portion of the fanbase will react violently, defensively insisting that no, the one that has been criticized is perfect and that anybody who thinks otherwise is wrong. What we should be doing though, is taking a step back and realizing that hey, maybe these outrageous comments are actually right — maybe there is a grain of truth in them. As fans, we must realize that as perfect as they may seem in our eyes, nobody is perfect. And instead of stubbornly refusing that truth and insisting that perfection exists in the universe in the form of your bias, we should look at things above all the brewing, stormy emotions. We should look at the clearer picture and realize that you love your bias, imperfections and all. Furthermore, as a good fan, one may need to look at their bias objectively and see that there are areas in which they could improve. Everybody is in need of some constructive criticism, and frankly, your bias is no different.

In fact, one of the key ways of being a good fan is to reel in our emotions and think logically. It doesn’t matter what problem it is, be it your favourite idol being criticized of being a poor singer, be it the poor performing conditions your favourite group has been subjected to — it doesn’t hurt to keep one’s head straight and in working condition. We should be rational fans, people who can admire the object of their affections while keeping an open mind. We should be people who look around and realize that not everybody likes the same things or sees things in the same way as we do, what’s more, we should accept and respect that. It’s not wrong to feel, but we must not act mindlessly on emotions alone — especially not when we have our bias’ reputation tied to the behaviour of their fanbase.