KARA: Solo Songs for All? 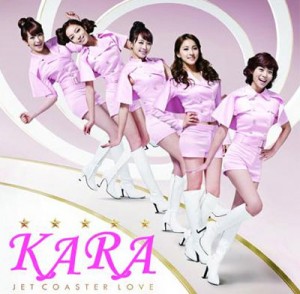 Of all the female K-pop groups that I would expect to branch out as soloists, I wouldn’t have KARA  under consideration to be on the list. KARA has an upcoming Korean album on the back-burner, but it’s being reported that prior to that, each member will release a solo single.

No disrespect to KARA fans, as the group has always personally been very hit or miss with me. However, the one thing that intrigues me about them pulling this off, is that KARA screams conformity. Not necessarily in a bad way, but when singing, their voices end up all having very similar depth, breadth and pitch, which more often than not meld together onto a singular melody line. It gives them a unique sound that can be appealing on some songs (“Lupin”), but mediocre or annoying on many others (“Jumping”).

In many ways, KARA operates differently from other popular girl groups. In a typical setup each member has their designated role — rapper, visual, lead vocal — in fact, one of the things that irritates me most about current K-pop is many girl groups will normally have one to two decent vocalists at most, while the number of members gets larger and larger. In that sense, it’s not so negative that KARA has such a united front. They do have a rapper (Nicole) but I will say she sings just as often as she raps.

That’s why it’s a shame I can’t get on the KARA love train more often than not. They have a lot of things going for them as a group (obviously). However, when performing, it’s as if they try to tackle all their songs in the same key (Chippette) and for me, it ruins and or simplifies some great songs that could have been much better. Take their first hit song, “Honey.” I close my eyes, I can’t tell who is who; I open them, I still can’t tell who is who.

Yes, we could excuse it, it was their soft, sweet image and their first rookie hit that made it big. Hey, but then “Mister” comes along, a song with a simple hook, infectious chorus and next to no variation in their singing, and by the way, look at our backsides!

“Magic” is probably my favorite KARA song from their Revolution 2 album, because it’s one of the few times that they’re not screaming in unison. Their light voices are used to a wonderful, soothing effect here (I used to relax to this song). I would heartily vote for more from them in this vein, but unfortunately, why stop when you have a good thing going?

There is an increased interest in solo singers making a comeback as of late, not in small part due to IU’s recent chart dominance, as well as the recent spate of solo projects and sub-units: GD&TOP, Taeyang, Orange Caramel, Rainbow Pixie, HyunA, Trouble Maker and I’m sure I’m missing a few. Sub-units in K-pop aren’t new, but if I’m not mistaken, in the past we never tended to see girl groups fraction or individually work on projects unless they were about to break off permanently (as evidenced in the careers of Hyori and Seo In-young). Granted, there are more exceptions than not nowadays, and I can’t blame anyone for wanting to narrow down the names on a check from five (or 13) to one or two.

However, going back to KARA: with the exception of  Seungyeon and Nicole, they seem an odd choice to have group members expressing themselves musically. While to the hardcore fans all the group members have their individual quirks and roles within the quintet, to K-pop fans at large, I’m not sure people think that they would see something different in a Jiyoung song than they would see in a Goo Hara song. KARA is a group that heavily depends on its parts to create their successful whole. 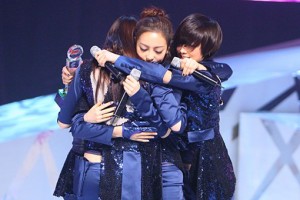 2NE1 is an example of a group that was in contrast, borne and bred to tackle more individual projects. They are noticeably distinct from one another in musical style and ability and recorded individual songs almost as soon as they debuted (CL and Minzy, Dara, Park Bom). In fact, Bom has had  her own song on every album they have released so far. However, while Bom is someone I could realistically see holding her own solo career, Jiyoung… not so much.

I am willing to reserve judgement; it’s never a bad thing for group members to have the opportunity to express themselves independent of one another. Perhaps there’s a death metal rocker itching to reveal itself in Hara. Stranger things have happened.

Are you excited for solo songs from these gals? Or are you just jonesing for more Kara in general?