I Am The Airplay: Field Test Part II 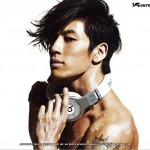 When I first wrote about Bring-Your-Own-Music Fridays, you guys were brilliant in giving song suggestions and sometimes entire playlists. So when yesterday rolled around and I got the chance to DJ again, I could hardly let all your input go to waste could I?

If you haven’t read the first half of this, BYOM Fridays are parties in which one is given a chance to convince a crowd roughly between 15 and 25 that your music is the greatest. The playlist I used and the reaction I got can be found here. To cut a long story short (for the chronically lazy; I see you) my K-pop segment went incredibly well, and I was invited back, with a 20-song limit this time.

So, here are your suggestions from last week, and a few that I snuck in there myself: 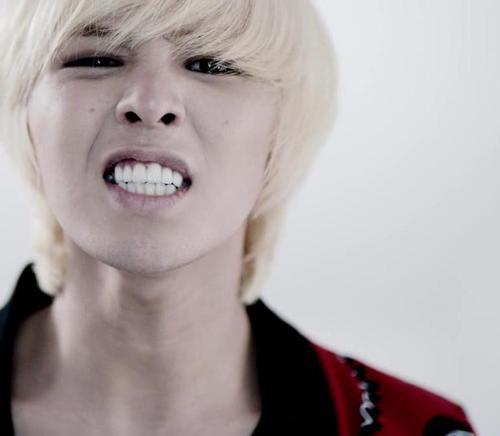 This time, I wasn’t lucky enough for someone really awful to go before me, and everyone was exhausted after a bout of enthusiastic Bhangra dancing.

However I had utter faith in GD, so I put my DJ hat on (it helps me concentrate) and pressed play.

After 2NE1’s perfect start last week, everyone was far less concerned about the different language, and “Heartbreaker” got us all on the floor and singing along by the second chorus. No one makes club songs like YG and I was secure in the confidence it would be another roaring success.

HyunA’s “Change” was great, and “Digital Bounce” seemed to inspire popping and body waves en masse. I taught the “Sorry, Sorry” hand-rubbing move with turned into a clap-along, so maybe next time I’ll just let them do their own thing. 2NE1 was instantly recognised and enjoyed, although I still think that “I Am The Best” was impossible to beat.

“Electricity” was slower, with people catching their breath and getting a drink, but running back on for “let me touch you, and give you electricity.” Despite less people dancing, it was one of the songs that was often commented on at the end, and plenty of party-goers asked for the song name afterwards. Block B (oh how they loved Block B) and Mr. Jang Woo Hyuk got everyone back on the floor and if the dancing was sensual for “Abracadabra” from last week, you can imagine what “Dr. Feel Good” was like… 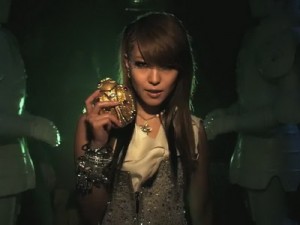 “Thumbs Up” and “So Cool” kept us dancing, and both sounded really good in the club setting. I had my reservations with “So Cool,” and while it wasn’t the most popular song that I played, it still held its own far better than I expected. I was really pleased to hear BoA’s name being shouted out when “Energetic” came on, and it was a good break for those getting a little tired of Korean.

The rapping in “Hero” blew people away; it’s pretty intense when you hear Outsider for the first time, and it prompted for some rather interesting choreography.

However, “Lovey Dovey” was the “Run Devil Run” of the night; there wasn’t a single male on the dancefloor!

Thank goodness Seungri dragged them back. When GD started rapping there was flash chorus of “Heartbreaker,” but Seungri held his own and it was a surprise success, especially when it was revealed he is in Big Bang. The “Lucifer” remix was INSANE — seriously, people started banging on the door wanting to be let in and dance. Kudos to the boys, although I think the bass-heavy remix really helped.

“Number 1” and “Hip Song” held that momentum very well, and then at long last I got to stand up and say, “Ladies and Gents, if you would kindly take your partners for the final dance” — something I have always wanted to say, and quite appropriate for “Trouble Maker.” There were loads of couples dancing and everyone complained about the catchy whistling getting stuck in their heads, which I think was a good thing. 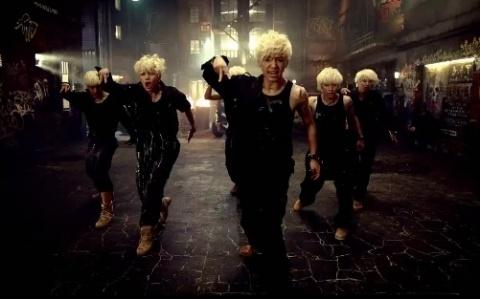 Finally, the night rested on mere rookies, but what rookies they are. “Warrior” was a rousing finish, and B.A.P created an atmosphere of enjoyment and excitement with an ease that many veterans still struggle with. I couldn’t have asked for more from the night, and I wish I could thank every single individual contribution for helping make it a success! Hopefully this might have inspired a few of you to throw a K-pop or BYOM Friday party of your own; I’d love to hear about them. And of course, if you have any more suggestions, keep ‘em coming!