The other day I was looking up information about the Dream High 2 cast. While reading about its leading female, Kang So-ra, I stumbled upon the 2011 movie Sunny.  Expecting a comedy, I was thrown aback to find something that resonated in my heart. The plotline mainly revolves around Lim Na-mi, a housewife who usually puts herself last. Visiting a hospital one day she accidently meets up with an old friend (Han Chun-hwa) who requests that she reunite “Sunny,” their group of friends in high school.  Agreeing, Na-mi sets off to find them, recalling experiences that she had with them while seeing the effects of time as she does. 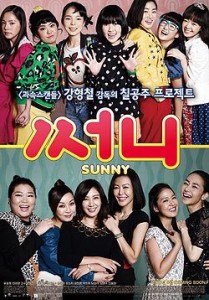 Acting:
Since half of the movie took place in the present and the other in the past there were two sets of cast members. My favorite was the younger generation, because they were offbeat and normal looking. They exceeded in making me believe that their characters were real. The only thing that slightly annoyed me was the crying scenes; it was good but I knew they were acting. The two biggest standouts were Kang So-ra (Dream High 2) and Shim Eum-kyung (Bad Guy), the first had huge stage presence while the second was an outstanding actress, and both brought it. The adult cast mostly consisted of industry veterans and their experience really showed. I applaud both groups; having two people play the same character consistently is not an easy feat, it takes time and cooperation.

Story:
From the start I was invested, because each character was developed to a fair amount. Many times television portrays a group of friends similar to a hierarchy; with a leader, sub-leader, and loyal minions. But in this film I was pleased that although there was a leader the group didn’t flock to her all the time, showing that they didn’t need her to define them. This individualism made the group seem as though they could have easily been your friends too. Watching them onscreen was such a joy that it saddened me to see the alterations in the present. All the youth and hope was replaced with age and reality; though it was done right and gave the film more depth.

The ending was a bit tricky for me. It was too Hollywood, you know where everything turns out alright and all the bad stuff goes away. I felt like they had the potential to do so much more with groundwork that they laid and were steps away from an amazing movie. However after much mental debate, I saw why it was done. Sometimes people just need a happy ending, regardless of how farfetched it may be, and anything else might have taken away some of the movie’s splendor. So whether or not it went the way I wanted became less of an issue, what mattered was that I had fun. 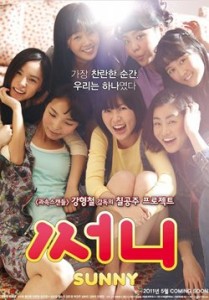 Impact:
My family often teases me for a having a cold heart, nicknaming me “robot. To some extent I agree, it does take a while for it to soften, but within the first thirty minutes of this movie it was reduced to a gooey puddle of butter. I became attached to the characters every step of the way, through the good and bad. Accomplished by the use of nostalgia and a sense of friendship, something everyone has. Aside from this the film effectively used its earlier time period by inserting the mindset of South Korea, in both politics and social interactions.

Production:
I loved, loved, LOVED the transition between the past and present. It was so flawless and done inventively, making it a form of art. Speaking of which, this film was a load of artistic beauty, to the point where sketches of its characters were creatively plugged into the film. The color and outfits used were utilized wonderfully, and if I wasn’t afraid of looking like a loon I would seriously consider bringing back some of those old fashion trends. Along with this, the music was inserted at just the right moments, adding to the emotion and time frame. Putting all of the elements together, the best thing that this movie achieved is the bridging of generations, and I am sure it was the creators’ intention to do so.

Watching the girls come up with their group’s name reminded me of years ago when my best friend and I sat down one afternoon and decided to come up with a logo for ourselves. After a whopping ten minutes of debate we came up with “ALMA”…it was the first two letters of both of our names. Little things like that helped me acknowledge that the movie’s purpose went beyond reminding us of our childhood, friends, and silly things that we used to do. It also gives an outlet to feel our memories almost as vividly as the day they were formed.

So, do you guys have any interesting group names or stories? I am really interested to know, I was always in a duo and big groups always amazed me. 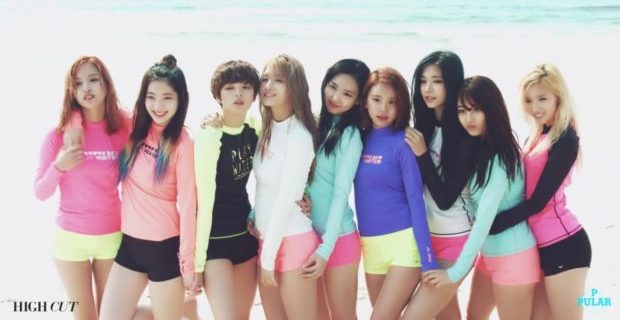