Good news for SONEs: SNSD is set to begin a new round of Japanese promotions in March! It appears that the ladies will be promoting “Time Machine,” a song off of their repackaged Japanese album; a teaser for the accompanying music video was released earlier this week. Without further ado: 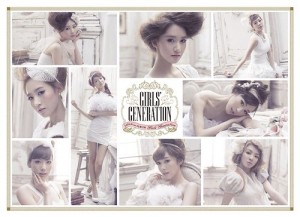 For those seasoned K-pop fans who have grown accustomed to SM Entertainment’s method of making music videos, this teaser is surprising for a few reasons. Notably, there is not a single Soshi to be found anywhere in this teaser, and the presence of the sad, sad man (portrayed by Japanese actor Imada Kouji) indicates that we just might see a storyline in this music video — like, an actual storyline, you guys! With a plot and stuff! The last SNSD music video that even kinda-sorta had one of those was “Gee,” and that came out in January 2009. And really, that wasn’t so much a plot as it was numerous shots of the girls looking cute while trying on clothes.  Which was definitely entertaining, but…I digress.

But as interesting as it might be to see the girls actually act in a music video (though I doubt we’ll escape without seeing them dance via matrix camera in a large and pointlessly decorated room, even if SM isn’t totally in control of the final product), what really struck me was the 30-second clip of the song, which, despite the song being about two months old at this point, I’d never listened to before. And to be honest, I like it. A lot.

Before I proceed, a confession: although I’m kind of a crazy SNSD fangirl (who is, no lie, wearing SNSD socks as I type this), I was completely disinterested in SNSD’s Japanese promotions when they first began. As someone whose love of K-pop went and still goes hand-in-hand with her study of the Korean language, I never felt compelled to listen to any Korean group’s Japanese material because… well, I don’t speak Japanese, and half of the songs are just translated versions of their Korean singles, so why bother? But then SNSD released “Mr. Taxi,” a new song in Japanese that had no Korean counterpart, and curiosity got the better of me.  Though for some reason I really, really wanted to dislike it (maybe for the sake of declaring their Korean songs superior?), I didn’t just like it, I looooved it. All four ‘o’s are completely necessary, because I don’t otherwise know how to convey to you just how down I was with the song. And I was bitter, oh yes, because in my humble opinion, “Mr. Taxi” was one of SNSD’s best releases to date, and I couldn’t believe that it wasn’t first given to the Korean promotion cycle. 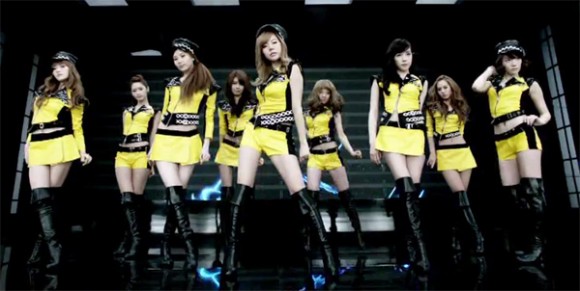 Oh well, I told myself, no matter — surely SM Entertainment will release a Korean version of that song in no time — which as we all know, they eventually did. But not before getting my attention again with the music video for “BAD GIRL.” Patricia was right about this being, by all appearances, a low-budget and all-around ridiculous music video, but oh my gaaaad the song. The song! Why, I questioned the God of Equitable and Fair Music Distribution, were these two amazing songs off of the Japanese album and not the Korean album? I consoled myself with fantasizing about SNSD’s impending Korean comeback. “These Japanese songs are unbelievably good,” I told myself, “which bodes well for their new Korean album. In fact, I will be most pleased if they just translate these Japanese songs into Korean and call it a day. Yes, most pleased.”

Aaaaand then “The Boys” came and went, and Seoulbeats writers were not amused, to say the least, and frankly, nor was I. Though I somehow convinced myself to like “The Boys” as a single, I was just not having about 70% of the album as a whole. The first 15 seconds of “Say Yes” convinced me that the rest of the song was not worth listening to (and had me wondering if 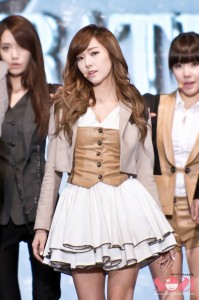 Diana Ross and the Supremes could somehow sue the pants off of SME for use of the phrase “Stop in the name of love”), “Lazy Girl” was a song that smacked of songwriter laziness (ironic!), “Vitamin” and “Telepathy” were campy, and “My J” was just nonsensical. Of course, your mileage may vary; those are just my opinions of the songs. But let me echo my fellow writer Natalie here and say that the totality of the album showed a pathetic amount of musical maturation and growth. I was disappointed and, to put it bluntly, annoyed enough to cherry-pick through iTunes once the album became available for purchase. I downloaded less than half of it.

This teaser for “Time Machine” (and the awesomeness of the song itself) has not only reminded me of my latent dissatisfaction with SNSD’s last Korean album, but  has also recalled to me a discussion that some super-cool readers (hi, readers!)  had in the comments section of one of my last posts comparing SNSD’s Japanese and Korean releases. The general consensus reached among them was that SNSD’s Japanese releases were superior to their Korean ones, and having taken the suggestion to listen to “Let it Rain” and other songs that I previously neglected, I have to echo this. I am digging the Japanese songs with as much enthusiasm as I put into hating “The Boys” CD.

I myself am not exactly sure why SNSD’s Japanese songs reflect such a different musical style, though I’m sure that the fact that two different management/distribution companies are involved colors the production process. I’m also led to speculate as to whether or not SNSD is targeting a different demographic in Japan; the girls have 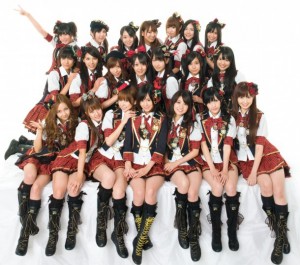 said themselves that their Japanese album reflects a more mature, challenging style, and I think that might be more appealing to a slightly older audience. Given the immense popularity of larger-than-life girl group AKB48 in Japan among the demographic that SNSD generally appeals to in South Korea, it might be that they’ve gone a slightly different route in order to avoid direct competition and maximize their chances for success (for which, I personally, am grateful; the day that I see SNSD do something like this will honestly be my Last Day as a SONE, and I will renounce all nine of them with a ritual burning of my SNSD t-shirts, and probably the socks, too). Whatever the reason, I can’t say (and I welcome the contribution of any reader who might be more knowledgeable about the Japanese music market than I); what I can say for certain is that I really, really like the direction in which SNSD’s Japanese promotions appear to be moving.

I’m not so naive as to imagine that SNSD can completely abandon the image they’ve cultivated for themselves in South Korea, and I admit to enjoying some of their earlier cutesy and aegyo-laden work (I truly did love “Echo,” and “Etude” also had a fairly good run on my iTunes playlist), but their Japanese promotions have made me feel cheated. On the one hand, SNSD is producing good music that I really enjoy listening to; on the other, they are producing it in a language that I don’t understand and releasing it in a market that’s generally unaccessible to me (I still can’t purchase most of SNSD’s Japanese songs on the US version of iTunes, and believe it or not, I do try to be fairly conscientious with my music purchasing). And sure, I know that good music is good music regardless of what language it is in, and that many K-pop fans enjoy music in Korean and Japanese without speaking or understanding either language, but the growing disparity between my appreciation for SNSD’s Japanese releases and their Korean releases have made me wonder why, exactly, I can’t have my cake and eat it, too.

If SNSD really does need a time machine, maybe the dial to go the past can be permanently disabled so that they have no choice but to move forward with their musical production…? Wishful thinking, but what do you think, readers? Do you prefer SNSD’s Japanese album or Korean album(s), and what do you hope to see out of them this year?