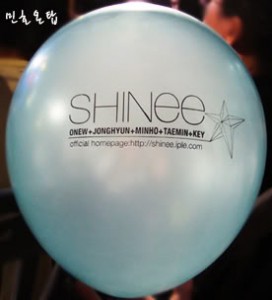 Pearl red, pastel rose pink, sunshine yellow, pearl mint, pearl cobalt blue and pearl burgundy. What are they? Of course they’re fanclub colours, the very same ones that light up stadiums and populate music show recording audiences. Of course, these colours don’t have much impact alone, without their respective holders. Put Lee Seung-gi in the same sentence as pearl mint though, and everything makes just that little bit more sense. Of course, at first glance, they look relatively harmless. It’s just a colour to manufacture a lightstick in. But still, we seek individuality, our idols seek to be recognised. Not just another group amongst too many. If a fanclub name and an official colour help to make that wish happen, then why not?

Taking that in account, it’s no surprise that colours seem to be an appropriate subject to get into arguments with other fanclubs over. 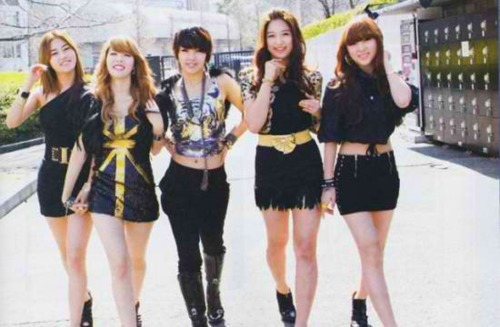 Take for example one of my favourite girl groups around, 4Minute, who announced their official fanclub colour back in 2010 (pearl purple), fans of legendary girl group S.E.S. were swift to protect the colour, due to its former use. Cube Entertainment had withdrawn the official colour swiftly, but to this day, 4Nias have not yet received an official colour. However, that hasn’t stopped the fandom continuing the use of the colour. After all, you’ve got to wave a lightstick or a balloon, so why not purple? To an outsider, fanclub colours may seem like a trivial matter. Just another small cog in the great K-Pop machine. However, to fans, the colours are important. Lighting up a concert with the group’s representational colour is one of the symbolic actions a fanclub may strive to partake in. Whatever colour it is, be it red, blue or pink, fans will play their part in fulfilling their idols’ wishes to see a stadium filled to the brim with a colour that declares support for the group. It is one of the more emotional actions that members of our fandom hold an attachment to and if only for this reason, having a colour specific to a group becomes one of the most central things for a fanclub. 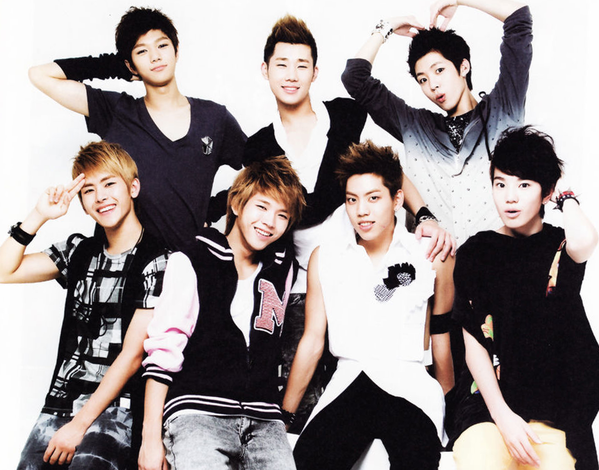 However, as a side effect of the sudden influx of idol groups in the K-Pop scene, the rainbow where colours can be picked out from is growing much smaller. Take for example the fanclub colours of BoA and After School. Both have chosen shades of yellow, with BoA’s being pearl yellow, while After School’s is simply yellow. The difference, while indeed there, isn’t vast. In fact, we might be grateful for the printing of the artists’ respective logos on the balloons and/or lightsticks. Certain colours are simply off-limits due to their association with legendary groups and soloists, take for example, white, which is H.O.T.‘s identifying colour. Perhaps it is a side-effect of the limited range of colours available to groups but every second group as taken to attaching ‘pearl’ to their chosen colour. The other end of the equation may opt for ‘metallic’, whereas Infinite has opted for both, with metal gold pearl. Truth to be told, I’m rather amused by this selection, though it is an appropriate colour, certainly. 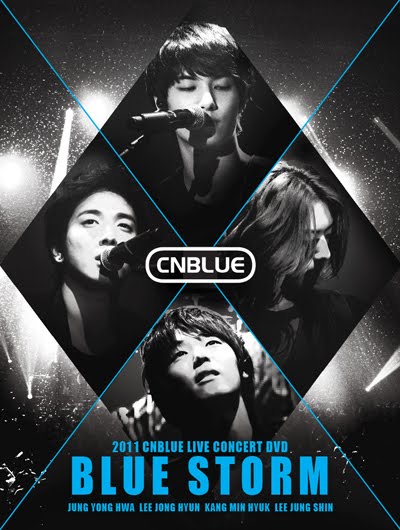 Naturally though, there are artists who don’t have official colours (though f(x) gets the opposite end of the scenario, with a colour in use but no fanclub). Of them, CNBlue‘s fanclub, BOICE (pronounced “voice”) stands out to me. While the official fanclub was revealed in 2010, no colour has come to light and the banners that fans generally present during the boys’ lives are black, with the band’s name in white. Furthermore, CNBlue have held their solo concert tour, ‘Bluestorm‘, and yet, no official colour has come to light. Upon some digging, a la K-Pop fan style, the official lightsticks (part of the Bluestorm official concert goods) came in not just one colour, but several pastel ones. All in all, it’s safe to say that the band has yet to decide upon a colour for their fans bear on their behalf. In fact, it might not be too much of a stretch to say that an official colour may never be announced. Especially when we consider the band’s name and the vast amount of blues already in use (take SHINee‘s pearlescent sky blue and Super Junior‘s pearl sapphire blue as examples).

Speaking of lightsticks though, I’d say 2PM takes the cake. Just last year, JYP Entertainment released the official 2PM lightstick, where you don’t get one colour, and not just two. Instead, you get three (four, if you count the subtle yellow there) and a design that reminds me a little of a torch or trophy rather than the typical lightstick. I’m not sure where the line should be drawn when it comes to lightsticks, but this does put a smile on my face. 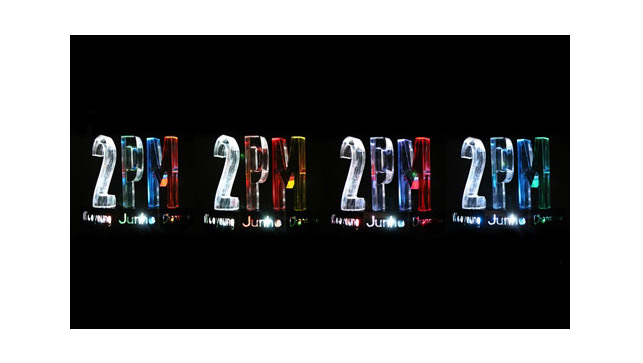 Official colours do have some more range though. Their use stretches further than the merchandise that fans can purchase at concerts, and beyond the fan-made merchandise (be they shirts or glowsticks). In fact, it’s not necessarily the use of the colour that is important. The colour-coded tumblr edits are just a side-product. Maybe the fans aren’t being superficial when they host discussions on forums, wondering when they’ll receive a fanclub name, when they will receive an official colour. The reason we have fanclubs at all is to bring a fandom together, to give the fandom in question an identity or a name to unify underneath — and in the case of a colour — perhaps an ocean of lights to join.

There’s a reason why Super Junior and ELFs find meaning in a sapphire blue ocean, the very same way BEAST and B2UTies regard a dark grey ocean… Well, I guess it isn’t exactly dark grey — the lightsticks give off a blue-purple light.

So tell us dear readers, is there a colour you love or hate? Is all that hype about a colour worthwhile to a fandom?