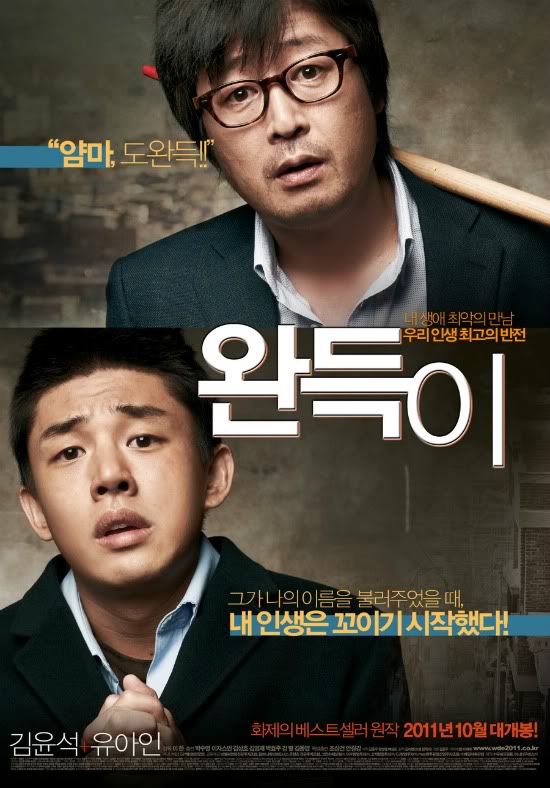 As a person who has proudly gone from anime, to manga, to jdorama, to tw-drama, to all things Korean addict, I can say the only significant thing I did for my birthday was go to the movies. I travelled from my university to my hometown to downtown Tdot for an experience of a lifetime. For just about $20 I was able to see Yoo Ah-in on the big screen! Yes, I got to see Korea’s newest it- film Wandeuki.

I am not going to pretend that I like Yoo Ah-in for his acting (I can say he was my bias in Sungkyunkwan Scandal), so I wasn’t all that happy that his long awaited come back was a stupid movie about boxing and co-starring with some ahjussi — compared to a nice fluffy youth rom-com I want him in. But the trailer looked sweet and Ah-in oppa looked hot (like always). So I dragged my 13 year old sister into a theatre room (us being 2 of the 6 non-Korean speaking viewers) and got the biggest surprise ever. Although boxing is a main plot devise in the film, the movie really left an impression because of its depiction of some pretty serious topics.

Wandeuki is one of the few Korean films or dramas I’ve seen that not only has foreigner characters, but makes them a main part of the story. We all know random white guys are becoming super common in dramas and movies as a way to show the main characters are (1) rich (2) smart (3) worldly. But this is one of the few times I saw a film involving an inter-racial couple, illegal immigrants, and the real prejudice that foreigners might face in Korea.

It’s interesting how Wandeuki’s (played by Yoo Ah-in) mix race was never put in the trailers. Or that the film actually shows poor people: not just people wearing designer clothing and posing as poor because they work a low-level job and don’t live in a mansion. Some might be foolish enough to think “That’s because you’re the only one who thinks that’s strange,” but I’m sure most people did not going into this film thinking “Okay, I’m ready for some school, church, handicapped relatives, illegal aliens, rude neighbours, laughter, and maybe even a side of love.” This is the beauty of the film, especially for an obsessed non-Korean foreigner. It was great to see the truth, be given a little hope, and also know that my addiction isn’t all fluff. 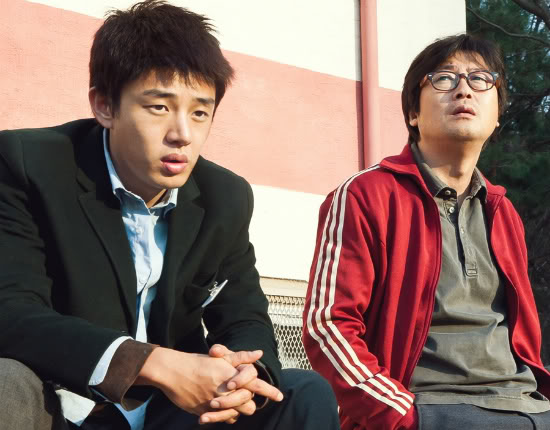 One of the best things I learned through my growth as a k-drama and then k-pop fan is how Koreans interact with foreigners. There’s the good “They aren’t really racist, just curious.” And the bad “They have certain standards that non-Koreans can’t meet and some just won’t be comfortable with the idea of being more than aquatinted with you.” It was just amazing, that I spent my birthday watching Yoo Ah-in play a role that both showed the reality of being non-Korean on the Peninsula and that Koreans are becoming even more ready to let in the world.

We, as fans of Korean pop culture, are living in a new generation of Korean expansion. Hallyu no longer represent music, dramas, films, etc. Now the Korean wave is all about the world…with Korea at the center. From Super Show 4 being upgraded to a world tour, to cable TV dramas being exported to abroad, and flower boy actors becoming top Japanese musicians Korean pop culture has entered the world stage with lightning speed. But even though Korea wants the world’s adoration it is interesting to see if Korea will also welcome the world into its arms. The only question is, “Is Korea ready for the world?”