Chicago Typewriter Ep.13-16: A Salutation to a Nation's History of Struggle 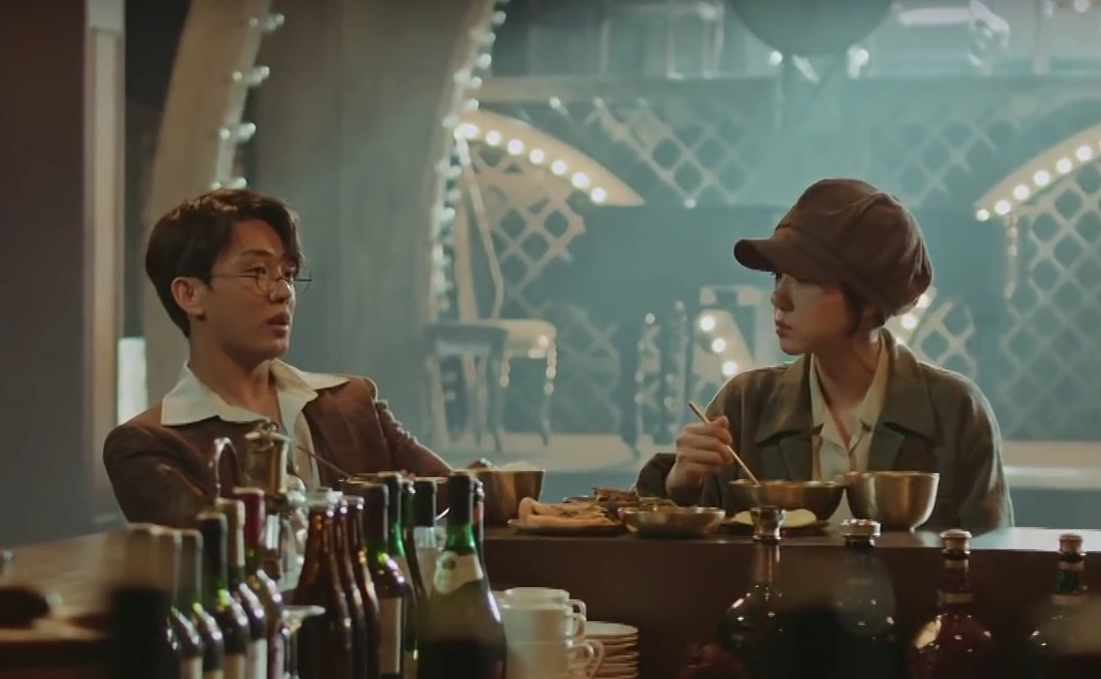 The final chapter of Chicago Typewriter is a salutation to Korea’s own history of struggle, allowing the plot involving the 1930s revolutionaries to come to a poignant resolution. With the complex web of relationships between Han Se-ju (Yoo Ah-in), Jeon Seol (Im Soo-jung) and Shin Yool (Ko Kung-pyo) coming to a quick reconciliation by the end of Episode 12, what remains as a mystery would be how the tragedy of their past lives unfolds.

Thus far, the audience is aware that there is an impending disaster involving Seo Hwi-young (Yoo Ah-in), Ryu Soo-hyun (Im Soo-jung) and Shin Yool (Ko Kyung-pyo) during the 1930s. The repeated mentions of the ill-fate tied to their past lives and the inauspicious aura surrounding the trio in the present day are obvious hints at a tragic separation.

As core members of the Joseon Youth Alliance, a group of independent fighters, they embark on their grand scheme of revolt against the Japanese government occupying 1930s Kyungsung, Korea. However, the thrilling revelation of events in the past far surpasses the plotted threats towards the protagonists in the present day.

In the present day, Jeon Seol becomes a victim in Baek Tae-min’s (Kwak Si-yang) plot to threaten Han Se-ju. She is kidnapped by Jo Sang-mi (Shim Min) while Han Se-ju is lured to a confrontation with Baek Tae-min. On the verge of breaking down, Baek Tae-min riles up a heated argument with Han Se-ju at the top floor of an abandoned building and threatens to commit suicide. In a bid to save Baek Tae-min, Han Se-ju winds up in a tussle, loses his footing and falls off the building. 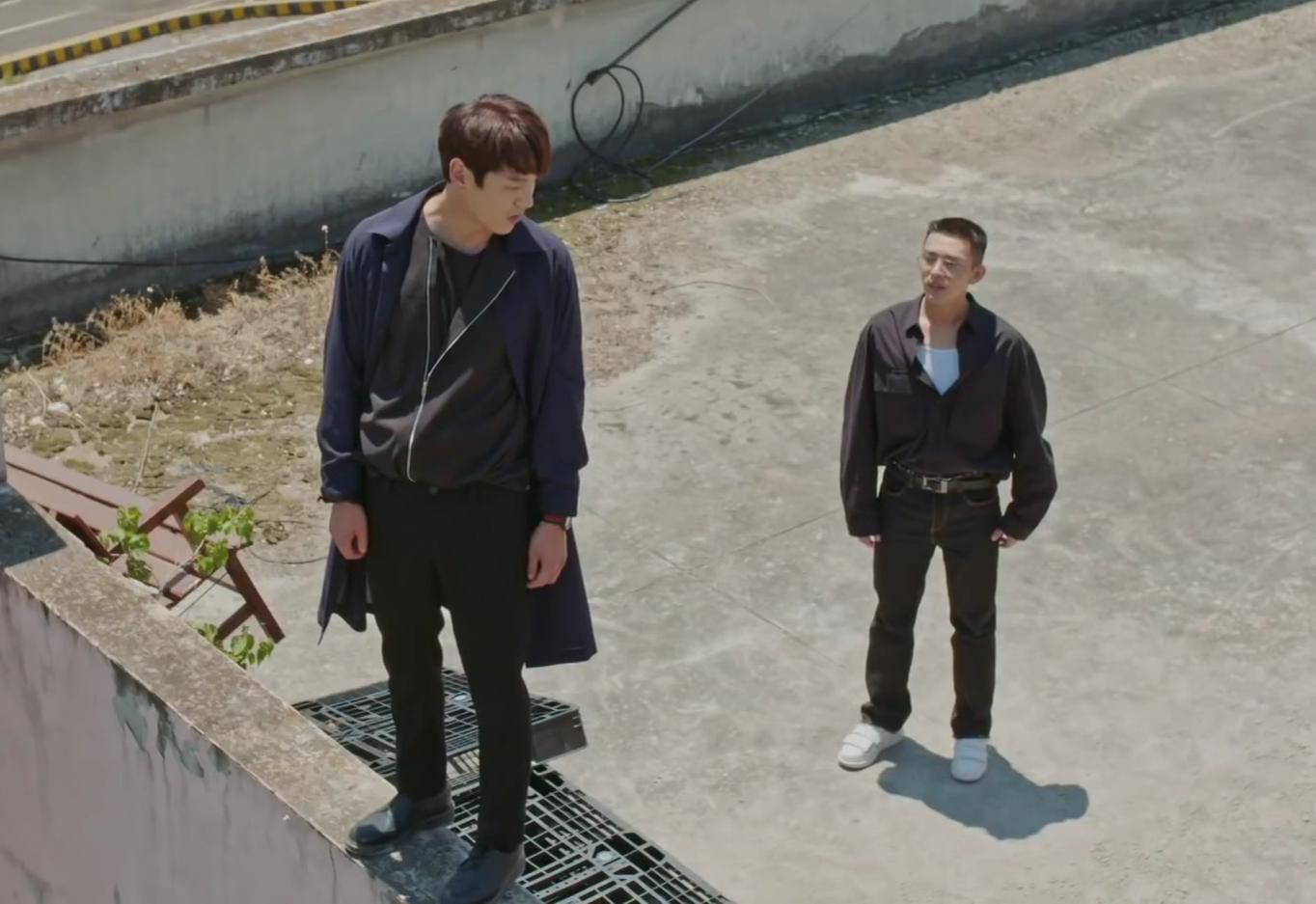 At this point, Shin Yool appears and possesses his body, cushioning his fall and saving his life. Yet, the audience is aware of Shin Yool’s fading powers and the risk of him perishing into nothingness if he were to waste too much of his supernatural energies. As Shin Yool’s image begins flickering in and out of existence, coupled with the misfortunes Han Se-ju and Jeon Seol are trapped in, the drama seems to be marching towards a tragic conclusion.

Unravelling in parallel to the 1930s plot, it seems that the tragedies of the past are coming to revisit the present. Baek Tae-min’s fate in his past life as Heo Young-min, a high-ranking officer of the Japanese government, has already been confirmed by this point. His persistent pursuit of the leader of the Joseon Youth Alliance led to the capture of Shin Yool and Ryu Soo-hyun. Under the brutal mental games and physical tortures dealt out during their arrest, betrayal after betrayal follows in the 1930s narrative.

Consequently, the grandeur and thrill of the revolutionaries far outshines the present-day plot. Jo Sang-mi arrives to her apartment to find it surrounded by the police. She flees immediately and her story ends. The kidnapping is quickly resolved as the police arrive to an empty house and rescue Jeon Seol. Baek Tae-min, on the other hand, is confronted by the police and arrested. He seems increasingly deranged as he is unable to rationalise his confrontation with Shin Yool, who is a ghost. Han Se-ju offers him no explanation, only leaving him with the advice to repent for his wrongdoings. The present-day plot ends with a jolly reunion between Han Se-ju, Jeon Seol and Shin Yool.

On the contrary, the 1930s storyline is filled with suspense as Seo Hwi-young is exposed as the leader of the Joseon Youth Alliance by Shin Yool. Unable to withstand the torment of watching Ryu Soo-hyun being tortured, he discloses his best friend’s identity in the hopes of saving Ryu Soo-hyun. Shin Yool’s betrayal, however, is not the first among the comrades of the Joseon Youth Alliance. Madam Sophia (Jeon Mi-seon) exposes part of the alliance’s escape plans to Heo Young-min in a bid to save her son who is on the death roll for assaulting a Japanese officer. 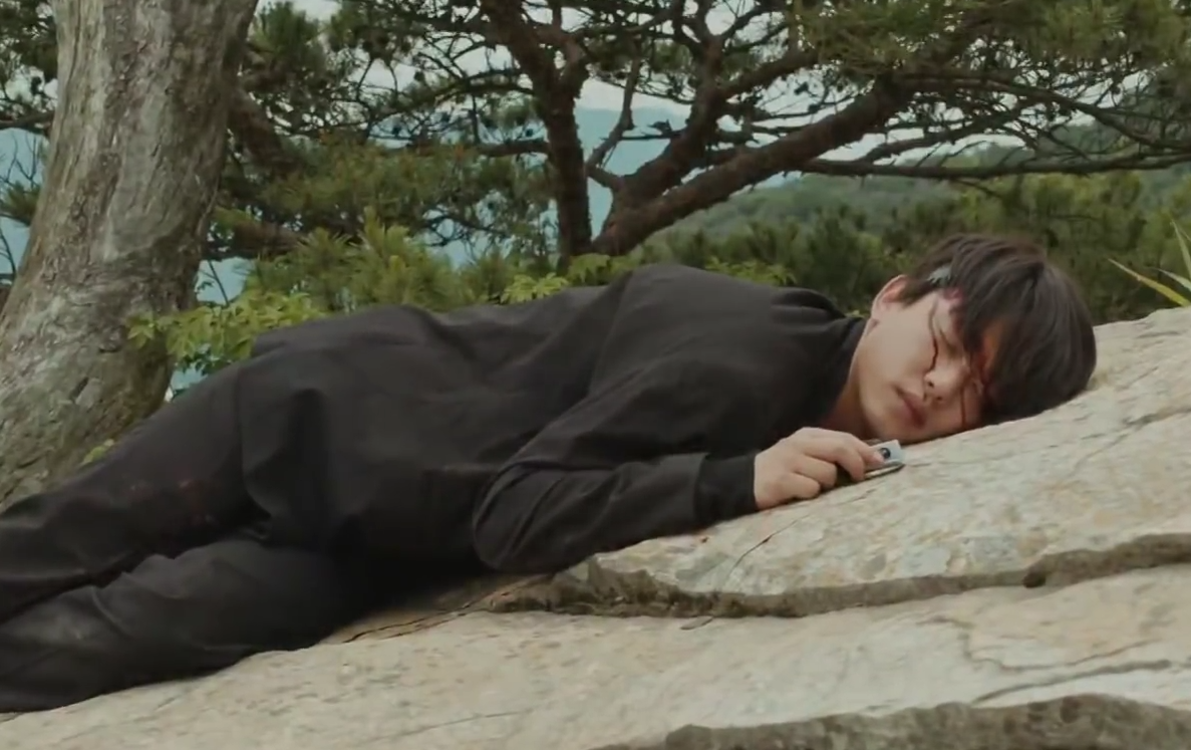 The result of each act of betrayal pushes Seo Hwi-young closer and closer to his demise. His hideout is ambushed, his men are massacred and he is cornered to the edge of the cliff in his escape through the forest. Ultimately, we witness his self-destruction as he shoots himself in the head to prevent himself from being captured. In his dying breath, he takes out Ryu Soo-hyun’s photo from his pocket and gazes at it as he prays to the sky for a possible reconciliation with Ryu Soo-hyun and Shin Yool in his next life.

The tragedy is pushed even further as Shin Yool lives with the guilt of betrayal, while Ryu Soo-hyun is determined to take out the traitors of the alliance. She kills Madam Sophia and Shin Yool, but what redeems the story from being a mindless revenge plot is the complexity of emotions attached to her actions. Madam Sophia, who is reincarnated as Jeon Seol’s mother in the present day, has also been regarded by orphaned Ryu Soo-hyun as a maternal figure. As she points the gun at Madam Sophia, the pained expression on Ryu Soo-hyun’s face explains the deep resentment but also her affection for the woman that she once treated as her mother.

Even more heart-wrenching is the moment when Ryu Soo-hyun is about to shoot Shin Yool, as she is split between carrying out her duty as a member of the alliance and her personal relationship with Shin Yool as her brother, friend and benefactor. Ultimately, it is Shin Yool that gives the order for her to shoot him, resolving the story with a pledge of loyalty to the alliance’s code of conduct. 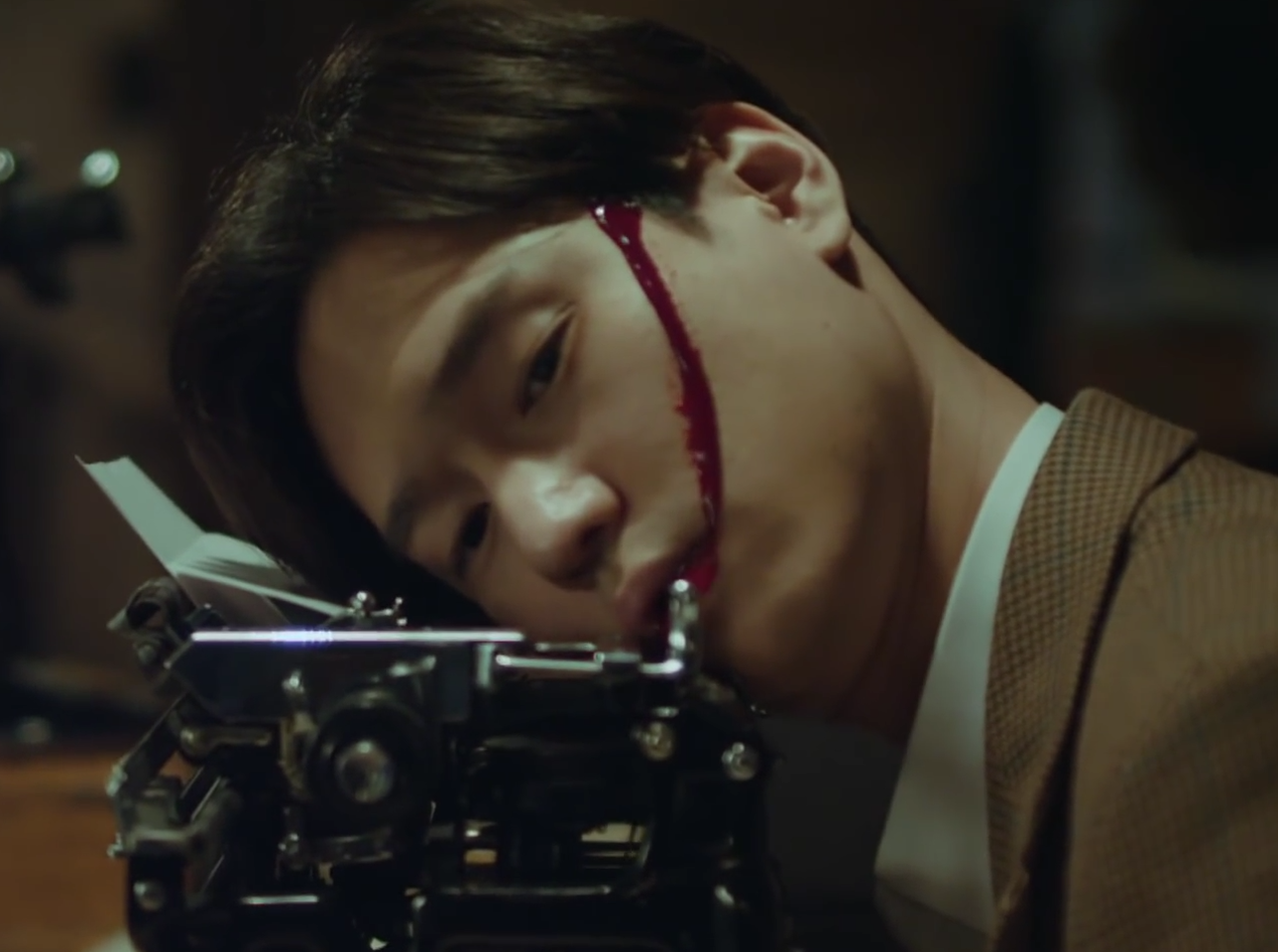 Both betrayals are deeply affecting in the nuanced treatment of human emotions. Madam Sophia’s desperation to save her son demonstrates the tensions between an individual’s obligation to their country as opposed to ensuring the survival of one’s family. The decision to sacrifice all for an ideal might seem noble, but the desire to save one’s own kin cannot be deemed as wrong. Each choice comes at a sacrifice and Madam Sophia demonstrates the complexity of a citizen living in a time of political turbulence. In the same manner, Shin Yool’s betrayal to save Ryu Soo-hyun’s life might be deemed as traitorous, but his intentions were ultimately aimed towards saving a life. Weighed between saving either one of his friends, both choices come at the sacrifice – be it Ryu Soo-hyun’s or Seo Hwi-young’s.

The struggle for freedom by these independent fighters, especially in their sacrifices of personal relationships and their allegiance to their ideals, wins over my praise despite the relatively sloppier conclusion of the present-day plot. The poignancy evoked by such parallel storylines comes in the knowledge that the final image of the three protagonists enjoying the peace of fishing by the river comes at the price of a great struggle, and the cost of numerous lives including their own past ones.

The past reviews of Chicago Typewriter avoided touching upon the historical images of struggle that might be associated to Korea’s own past. The drama might seem like a holler for patriotism, but it is not entirely fair to label it as such. Rather than seeing it as an attempt to build national pride, the drama advocates a far greater message of recognising the events of the past, and appreciating the peace of the present. 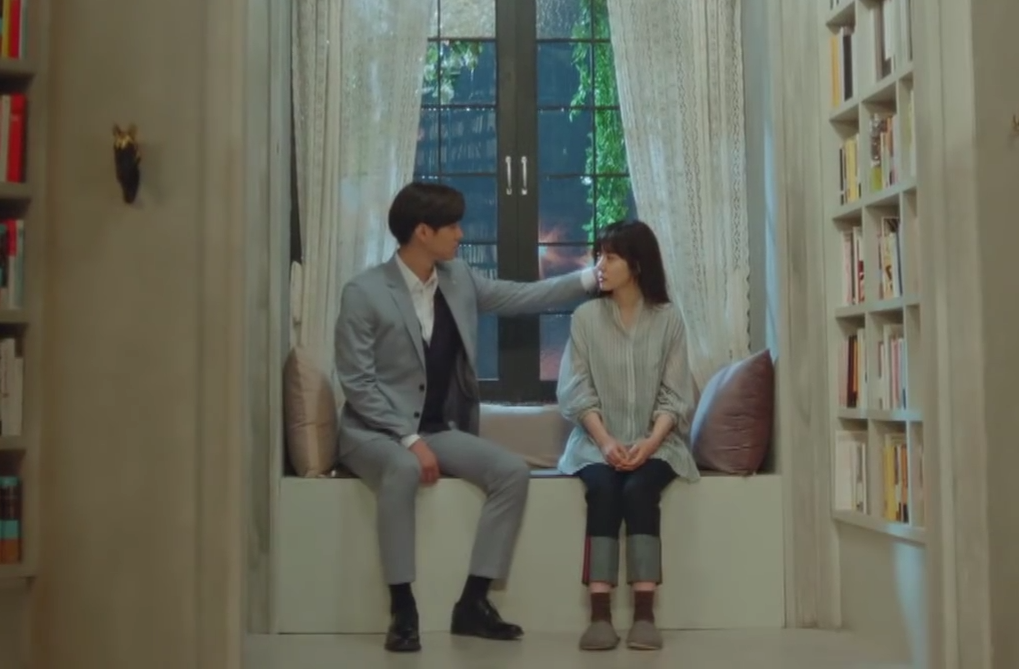 Going beyond the specific context of 1930s Kyungsung, the drama’s interweaving of the past and the present emphasises the need for us to better understand the past, and in turn gain the knowledge to configure our own futures. Han Se-ju eventually tries to revive Shin Yool’s supernatural energies by binding him to his own work of fiction, similar to how Shin Yool had been bound to the typewriter. Hinting at the histories and hidden lives locked up within works of fiction, the drama points us towards the doors leading into the past.

Each country’s own past might differ, but we can find ways to constantly turn back to the past through fiction. With each return to history, we are better able to acknowledge the sacrifices made and the complexities of those living in a period of political strife. Many questions are raised regarding the obligations of a citizen towards a country, towards one’s family and friends, and ultimately towards one’s own ideals – none of which have simple answers.

The drama ends on a hopeful note, returning to the 1930s in a conversation between Shin Yool, Seo Hwi-young and Ryu Soo-hyun. The tragedies leading to their downfall have yet to come into the picture and they are joyful in the moment of their congregation. Perhaps tying back to the name of the club they reside in, Carpe Diem, meaning “Seize the day,” the drama tells the importance of living in the moment with the belief in a brighter future. As Shin Yool relates his dream to his friends:

It was a dream about you living happily in the liberated country. It was for a short while, but I was with you guys in a dream. And I hope that we could be together again somewhere in the future.

Though the past is revealed to be intricately woven to the present through the lives of the characters, the wrongdoings in the past are allowed redemption in the present. Shin Yool manages to save Han Se-ju and Jeon Seol despite not being able to do so in the past. Jeon Seol’s mother leaves the past behind her as Jeon Seol forgives her for leaving her an orphan. Perhaps in a certain way, the drama tries to find an outlet for the misfortunes of history, suggesting that new lives can begin on a clean slate despite a tragic past. 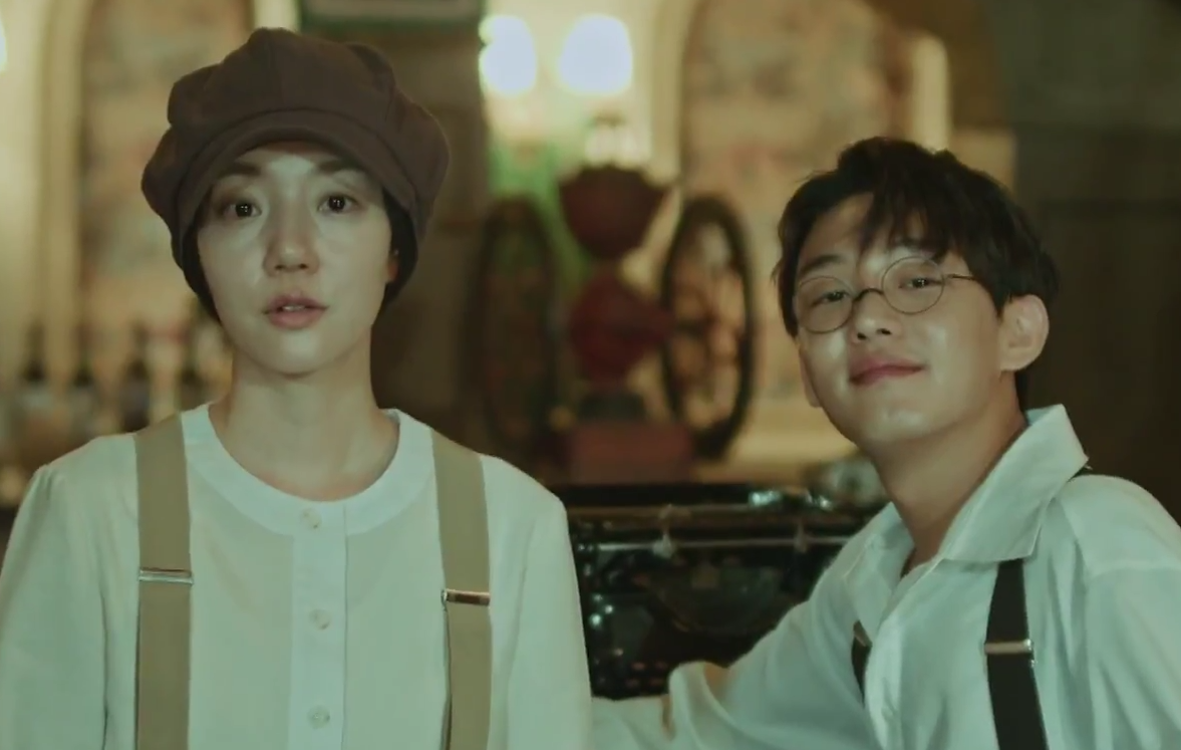 The tragedies of a lifetime might seem despondent and bleak, but they do not last forever. The drama offers no concrete answers for the audience, leaving us to ponder over our own relation to our country, as well as its past, present and future. Even if the drama fails to be entirely captivating at times, it does leave us with a single deeply affecting and poignant message to take away at the end – one that summarises the drama too well (by the production crew):

We wish you to enjoy the liberated country happily.