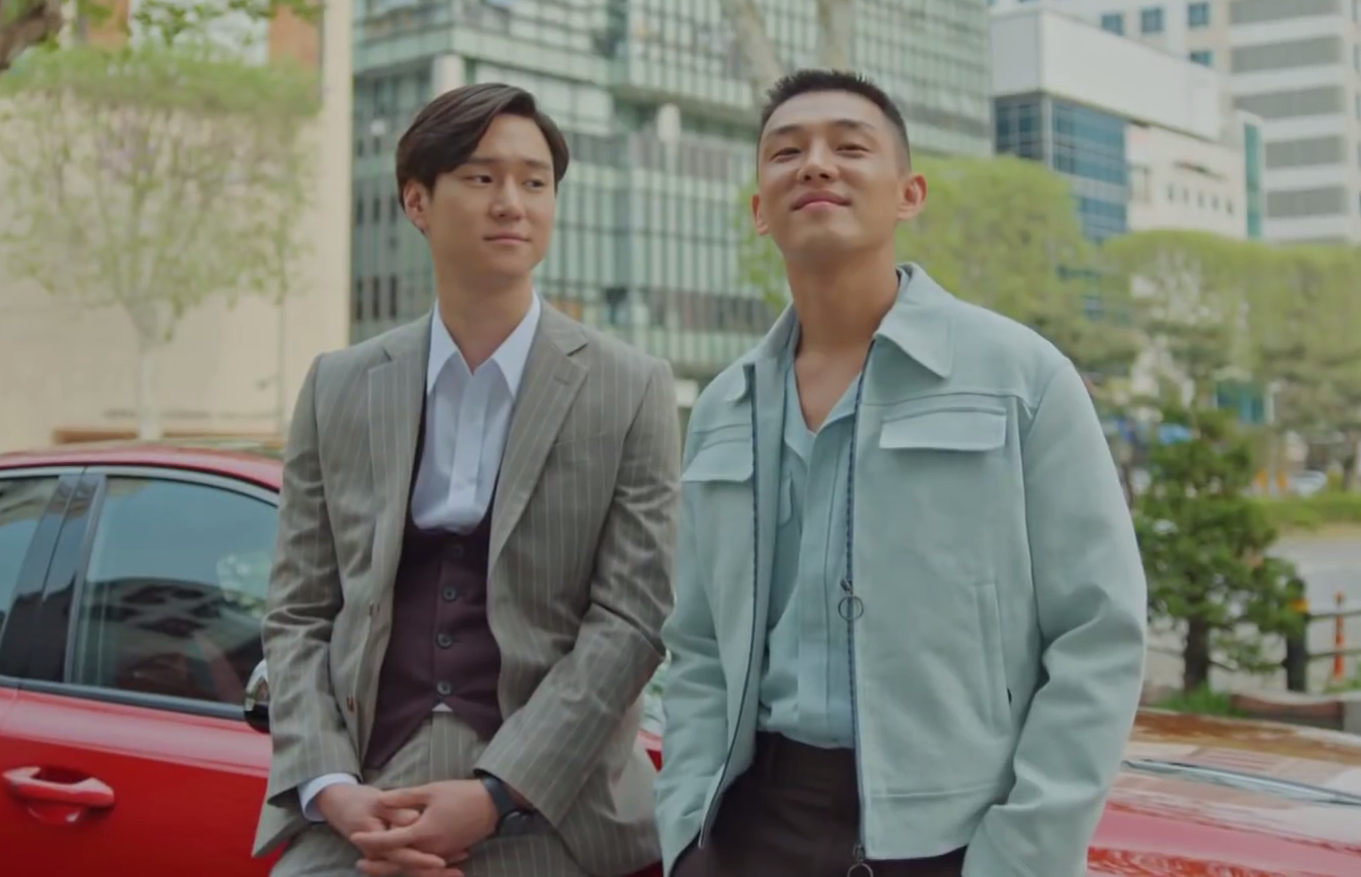 Chicago Typewriter took a slight break after the first 8 episodes of the series, leaving the audience on edge. As previously discussed in reviews of Episodes 1-4 and Episodes 5-8, a large part of the drama’s allure lies in unravelling the story behind the 1930s revolutionaries. The audience is now sure of the love triangle between Seo Hwi-young (Yoo Ah-in), Ryu Soo-hyun (Im Soo-jung) and Shin Yool (Ko Kyung-pyo) that has carried on into the present. The blossoming romance between Han Se-ju and Jeon Seol is certainly a treat, though slowly falling into the mould of typical Korean romance plots.

With the revelations made from Episode 9 onwards, the main plot surrounding Han Se-ju (played by Yoo Ah-in) and Jeon Seol (played by Im Soo-jung) as they try to work with the ghost of Shin Yool becomes far more predictable than novel. Rather, in Episodes 9-12, the introduction and development of supporting characters take the spotlight as they bring onto the playing field greater enigmas to be unraveled.

This review contains some spoilers for Episodes 9-12. We kindly ask that readers use spoiler tags in the comments when discussing the episodes that have yet to be reviewed.

Starting off with the budding relationship that continues to unfold between Han Se-ju and Jeon Seol, the audience gets to savour the bittersweet moments between the two. The two revolutionaries that have now been reincarnated are fated to have their lives intertwined together and forced to face seemingly endless tribulations. Each romantic date is quickly followed by a disaster that befalls them almost too quickly. 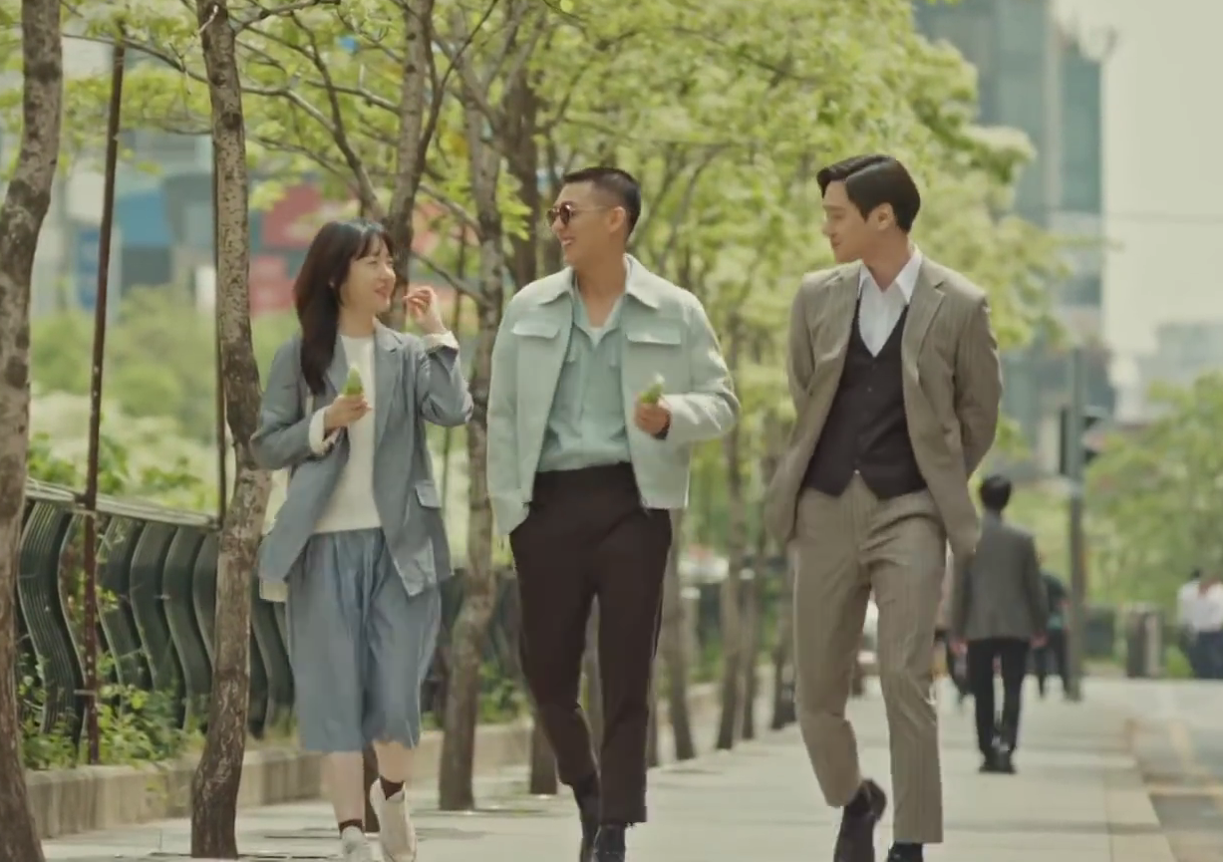 Jeon Seol is plagued by fragmented memories of her past life, where she remembers shooting the owner of the typewriter and pocket watch. She grows to find that Seo Hwi-young, the past life of Han Se-ju, was the owner of both items. Convinced that she had killed him in the past, she is determined to prevent such ill-fate from repeating itself. She attempts to leave without a word, but of course such a separation is not long lasting for the couple.

As much as it is moving, the romance trajectory is nothing more than predictable, revived only by the continued revelations about the past. Even Shin Yool’s one-sided love cannot save the romance plot from falling into cliché. After all, Shin Yool exists only as a ghost and watching the rapport build up between Han Se-ju and Jeon Seol thus far, it is less than likely Shin Yool ever stood a chance. His heartbreak at finding out about Han Se-ju and Jeon Seol’s affections for each other wins over sympathy for a moment, but not one that is too affecting.

Against the clichéd romance plot that is slowly losing its charm, the increased focus on numerous supporting characters saves the series from falling apart. Baek Tae-min (Kwak Si-yang) has already been identified as the bad guy of the drama, harbouring a burning hatred for Han Se-ju and determined to snatch Jeon Seol from him. The distastefulness of his character is escalated when he comes begging at the front door of Han Se-ju’s house, drunk and pathetic. Han Se-ju accepts Baek Tae-min hesitantly, housing him for a night after he passes out in his drunken state. 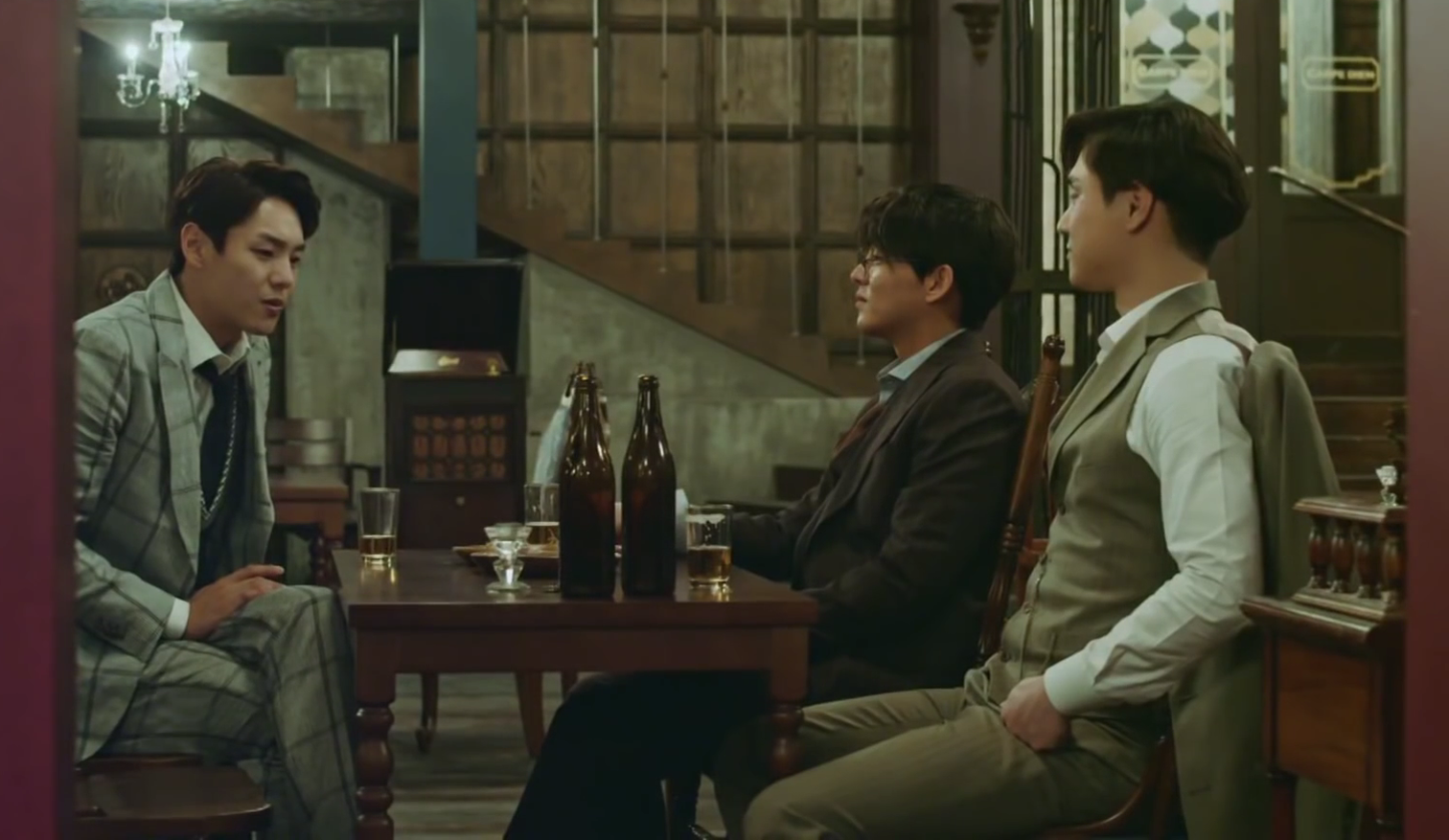 A typical story of betrayal that pits bad guy against the hero of the drama, nothing seems much too interesting. Even the predictable conclusion of the nemesis’s downfall is in sight in a not-too-distant future. However, this attempt at theft is intervened by Shin Yool, who Baek Tae-min manages to be able to see. The audience then becomes privy to the fact that Baek Tae-min is the reincarnation of another figure from the 1930s. More fragments of the past surface as the audience is allowed to look into Shin Yool’s memories – memories kept hidden from Jeon Seol and Han Se-ju.

The scraps of memories suggest that Baek Tae-min was an officer of sorts working for the Japanese government, determined to expose the undercover operations headed by Seo Hwi-young and Shin Yool. Shin Yool also mentions a betrayal of their friendship during the 1930s, convincing himself that Baek Tae-min will commit an act of betrayal once again.

The weaving of Baek Tae-min into the 1930s plot was an unexpected move that injected an element of novelty back into the drama. This brilliant stroke that changed the trajectory of the series towards a graver enigma, is accompanied not only by revelations of Baek Tae-min’s past life. Adding to the heightened tension as the past comes to revisit the present, it is revealed that Jeon Seol’s mother also recalls her past life, where she plays a certain role in the 1930s storyline.

Jeon Seol’s mother (Jeon Mi-seon) comes to know of the series written by Han Se-ju. Startled by the similarity it has with the events of her past life, she pays a visit to Jeon Seol and warns her to stay away from Han Se-ju. She admits her abandonment of Jeon Seol was due to the memories of her past life, wanting to stay away from her daughter in the hope that the past would not repeat itself in this lifetime. She refuses to reveal the contents of her memories, only hinting at the tragedy that must be prevented from reoccurring. After her ominous warning, she goes missing despite Jeon Seol’s efforts to trace her. 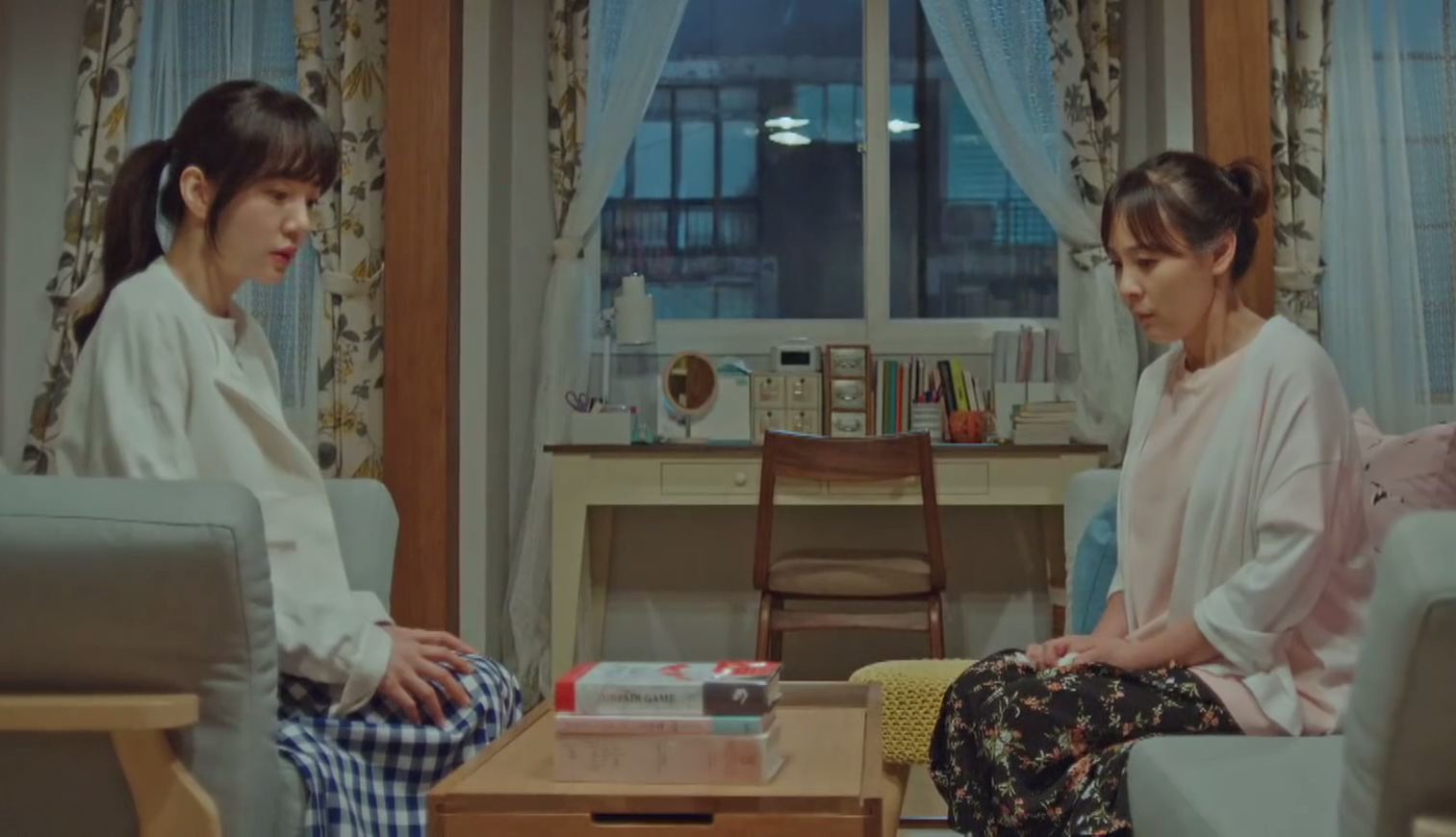 The audience is also introduced to a new character who apparently harbours a grudge against Han Se-ju. Brought onto the screen first when she threatens Baek Tae-min with exposing his plagiarism of Han Se-ju’s work, she quickly becomes the enemy of both writers as she tries to run Jeon Seol over with a motorcycle. Played by Shim Min, the deceivingly innocent exterior of this character hides her ambiguous yet malicious motives. Coming forth as a greater threat than previously expected, this mysterious figure is completes the series of mysteries waiting to unfold in the final stretch of the series.

Following Baek Tae-min’s research into her identity, he finds out about her family relation to Han Se-ju, though in what manner exactly is not revealed at this point. The two villains meet and their fight comes to a standstill as they slowly play out their game of chess. With these loose threads placed to draw the audience back in, the series revives its plot by leveraging on more than just a love story that transcends time.

Episode 12 ends with Jeon Seol finally managing to see Shin Yool, but this is cheerful reunion is rapidly corrupted by Shin Yool’s discovery that he might be the one Jeon Seol shot in her former life. As he sends Han Se-ju and Jeon Seol on a trip into the past, Shin Yool himself is overwhelmed by the memory of his own death. 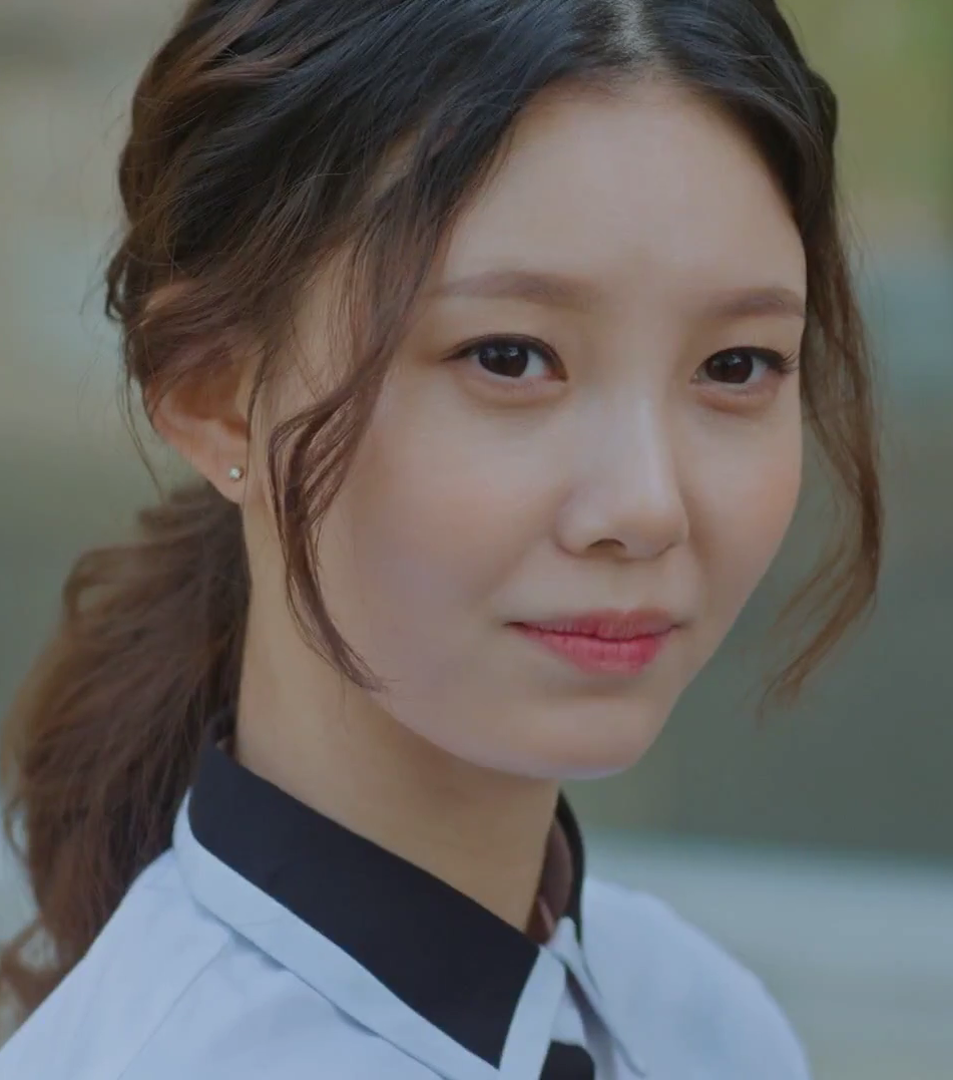 As things get heated up close to the end of the drama, what we continue to anticipate is the unravelling of the past. The complexifying of the 1930s story by including more characters from the present makes the drama decidedly wholesome. Going beyond the initial novelty with regards to the concept of reincarnation, the heroic lives of these 1930s revolutionaries come to the forefront. It seems that the unresolved issues of the past are carried on into the present and the present offers itself up as a second chance for redemption and salvation.

More than just a love story, the supporting characters help add depth to the story. The grander narrative of the 1930s revolutionaries is reaffirmed. With its resolution hanging on the line, the story plot of the past captivates in its narration of heroes and a sole heroine fighting for freedom. Bringing history and politics into the picture, Chicago Typewriter celebrates the liberation of a nation that should be treasured at all costs – oftentimes coming at the price of many lives sacrificed in silence.