Side B: Seventeen Shines with Youthful Sincerity 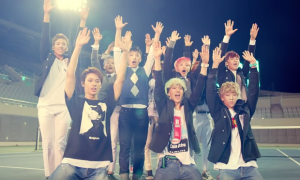 We are right on the cusp of K-pop summer going into full swing, and Seventeen have just made their comeback with “Don’t Wanna Cry”. Although they’re only approaching their second anniversary, the boys have racked up an impressive discography, and their jazzy, lively title tracks have made them an integral part of my favourite K-pop season (even if some tracks like “Pretty U” and “Boom Boom” are not actual summer releases).

While Al1 still delivers some of the groovy, upbeat sound that Seventeen has made their signature, this upcoming album—and the Seventeen Project that it’s a part of—has moved in a more introspective, brooding direction. So before we get a bigger dose of the mature and the moody, and while the reviews for “Don’t Wanna Cry” and Al1 are in the pipeline, it’s a perfect time to look back at Seventeen’s youthful side with this month’s Side B.

Sifting through Seventeen’s B-sides is not just like trying to pick gems from a treasure chest; it’s pretty much hunting through an entire jewel cave. Hence, I settled on a loose thematic and musical focus to narrow down my selection, and the result is something of a cross between a Side B, Mixtape, and Music and Lyrics. 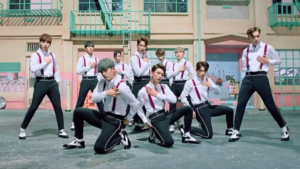 If Seventeen’s title tracks—like “Adore U” and “Very Nice”—capture both the exuberance of youth and the sunny feeling of summer as it goes abuzz with activity, the B-sides here are like crunchy lime sorbet popsicles with a creamy vanilla centre. There’s some sour and some sweet, but the two tastes and textures blend together into a flavour that’s both comforting and refreshing, no matter how many times you eat it. Whether they are a confession of love or insecurities, a promise or a plea, these songs are conveyed through an honest voice and balanced production, and they shine with a youthful, unrestrained sincerity.

Impressive as most of Seventeen’s discography is, “20” off their debut mini-album still remains one of my all-time favourites. In fact, it’s what drew me to write this Side B in the first place. Something I’ve always liked about Seventeen is that they are young and they know it, and Pledis Entertainment, for all its other shortcomings, hit the nail on the head by playing up an age-appropriate image for them. Seventeen brought back the boy-next-door image that most boy groups have dipped their toes into, but seldom develop as a niche.

Youth is generally viewed as a positive and precious thing to have, but it isn’t without its difficulties. “20” faces one of the limitations of being young — appearing immature to a (presumably older) love interest.

Do you still think of me as the person before?
In your eyes, I’m probably still a kid

But it is this same unadulterated youth, a restlessness that cannot be contained within inaction, that compels this confession regardless. There is a delicate balance in which Seventeen sings honestly of their feelings but still show sensitivity to the position of their crush—”I can give you my everything,” they sing, but only “If I’m in your heart”. The confession is heartfelt, and there’s nothing forceful about it.

The instrumentation here, like in so many of Seventeen’s songs, sounds deceptively simple because of how well the different elements have been selected and arranged. It blends strumming on an acoustic guitar with just a hint of electric guitar for a fresh, energetic musical base that both lends momentum to the singing and also allows it to shine.

“When I Grow Up”, featuring the vocal unit, is a more mellow take on the theme of “20”. Instead of taking on the form of a confession, it is an appeal:

As more time passes, when I grow up
I’ll understand you more
My love my love my love, my dear
Please don’t let go of my tightly grasping hand

The message here is expressed with a greater self-awareness and vulnerability, but retains the sense of optimism in “20”—”I know I’m still a child now / I know I can’t reach you yet / [But] just a little bit more [and I will get there]” . The lyrics are supported by a laid-back mood—created by slow, lightly bubbling synths and a percussive bass—that makes the song feel like a late-afternoon classroom daydream.

“Smile Flower” is simple instrumentation at its best, using the gentle plucking of an acoustic guitar for most of the track. The song is structured simply as well, with a few choruses repeated between slight variations on similar verses. Each time the chorus is repeated, though, it is given a tweak—a different delivery, or harmonisations layered in—to build up or tone down the emotional undulations. A highlight is the soft whistling that enters just before the final verse, priming the listener for the gentle promise the song rests on: “I’ll be the spring to your smile”.

As the most recent release in this selection, “Smile Flower” displays more lyrical nuance and maturity. It may seem like a love song at first glance, but a closer look at the lyrics reveals it to be a delicately penned letter to fans:

I always only receive from you
So I’m so thankful and sorry
To the point of tears
. . .
Just like the sky is high and the wind is cold
Like the ocean is wide and blue
I’m afraid that
I’ll take you for granted

There is an intensity and vulnerability in how openly self-aware and reflective these lines are; the song is as much a letter of gratitude to fans as it is a diary entry — Seventeen’s reminder to themselves to never forsake the support they’ve received.

And yet it’s not just that; it can also be read as a song from Seventeen to the members themselves, cherishing the opportunity they have to live their dream together. The simple instrumentation and subtlety of musical variations, though conventional, is a perfect choice that allows the focus to fall on the clear vocals and the earnestness of the song’s universal but personal message of fear and hope.

Rounding up this small selection is a solo from Woozi, whom we—and Seventeen—have to thank for most of their discography, and all of the songs in this article. It can’t possibly be easy to shoulder the burden of a thirteen-member group’s entire musical career, but he soldiers on with beautifully-written, cleanly produced music that’s both comfortable to listen to but also draws listeners to connect emotionally. 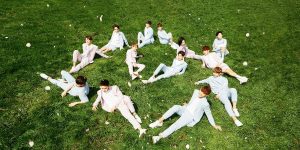 Throughout this Side B, I’ve been describing the songs as “simple”. But simple doesn’t mean easy; it doesn’t mean that thought and effort haven’t gone into it. It’s quite the contrary: it’s wading through complexity and coming through with what you really want and mean, and what you value. There are so many thematic and musical possibilities to tap into, but Woozi has carefully infused a minimalist approach to his compositions, and doesn’t try to do too much with each song.

This yearning for simplicity that we see through his songs is at the heart of “Simple”. “Nothing is easy / In this exit-less, maze-like world,” he concedes, but still:

Everything that makes me breathe
I want it to be simple

There is a bittersweetness to this acknowledgement of life’s complexities, but this is placed against a backdrop of optimism. The synths reverb over simple piano chord progressions to create the sense of an expansive landscape, and Woozi’s clear falsettos feel like endless blue skies and hope. His songs are not unconditionally optimistic; it is a mixture of insecurity and hope, wistfulness and quiet strength, that makes them shine with a crystal clear, youthful sincerity.

While I don’t doubt that Seventeen will continue to bring the youthful vibe and frankness seen in these B-sides to their future releases, it could be a while before we hear this in such a pure, unadulterated form again. But change and growth can always bring new surprises, so here’s looking forward to what Seventeen has in store for us.

What other Seventeen B-sides have caught your attention? Which are your favourites, and why? Share them below!

(YouTube, Lyrics via pop!gasa and Tumblr, Images via Pledis Entertainment)