Seventeen's "Boom Boom" Has Its Ups and Downs

It’s good to see the Seventeen boys back again, with a generous eight-track mini album and a lively title track, “Boom Boom”. Compared to the brassy flourishes of their summer release, “Very Nice”, “Boom Boom” takes the energy level down a notch. The MV shifts away from the usual washed-out pastels of their title track MVs towards a richer palette that is more reminiscent of “Check In”. It also shifts away from heavily dance-centred shots to include fragments of a heist plot. Not all of these changes came out well, but there is still enough to make the comeback enjoyable.

The song retains Seventeen’s signature groovy style, and the funk slap bass motif that runs through most of the track stands out especially. With a group as big as Seventeen, the distribution of lines is a perpetual balancing act, and fans have expressed appreciation for the greater share of lines the rappers get this time.

Where “Boom Boom” falls short is the dip in momentum in the second chorus — the one that begins with “Everyday boom boom”. The auto-tune in Seungkwan‘s verses also sounds out of place both in this song and as part of Seventeen’s repertoire, since their vocals don’t really need auto-tuning. Still, it’s a song that will, like other Seventeen title tracks, grow on me with time. But I’ll save further comments for the album review, and move on to the MV.

The pairing of costumes in the dance sequences capture the group’s essence: the crushed velvet bomber jacket is chic and cool, but the choreography has the members shrugging it off to reveal a dorky matching tracksuit. This is topped off with an air of insouciance that makes the performance playful and magnetic.

This fun mix of cool and dorky also comes through in the MV. There are snatches of a heist plot, and a poster next to the lift that Vernon exits outlines Seventeen’s plan. It involves hiding a box (done by Jun), surveillance (Woozi, looking cute in glasses), disguises, avoiding laser sensors (completed in an awkward, goofy fashion by Hoshi), defending the ship (Seungkwan), avoiding bombs (Mingyu, S.Coups, and Wonwoo). All of these lead to an unknown goal on the 17th floor.

It all sounds good and merry, except of course the boys proceed to botch things up: ramyeon-haired Woozi neglects his surveillance duties to adorably munch on a donut, Seungkwan is sound asleep instead of guarding the ship models, and Mingyu sets off the bombs he was supposed to avoid. Also, I’m not sure sending Jun as the delivery boy is really the best choice for stealth — with that face, that chic all-black ensemble, and the smirks he keeps casting around, are they really sure he won’t attract any attention? Because he sure caught mine.

The only reason the mission seems to have succeeded is that there is no one around in the building to notice them. This is part of a more puzzling whole. Is the mission to steal the ship in the bottle, or its larger model? If so, then why is defending the ship on the group’s agenda? What is in the box that Jun hides, and where has it been hidden? Who set the laser beams and planted the bombs? What is the surveillance for? And why would you advertise your mission so openly in a lift lobby?

It might have been better to have a more dance-based MV that capitalises on Seventeen’s strong suit, performance. But I’m fairly certain a performance MV will be released later, and to do away with the plot would be to sacrifice some of the fun moments discussed earlier.

These quirks make the MV more enjoyable despite how confusing it is, but they would not have been obvious to someone who, like me, only recognises a handful of the members. They would have been even easier to miss for those who hadn’t noticed the poster with the details of the mission. A more clearly executed plot could have helped to bring out the comedy more, and also push the MV’s appeal beyond its fanbase. 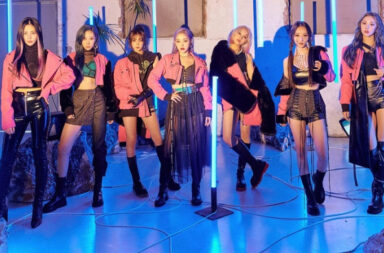