Dream High 2 Is Coming, Whether You Want It To Or Not 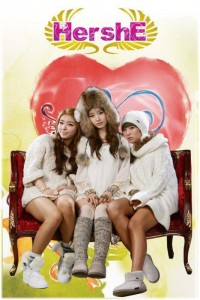 The kickoff to Dream High 2, the sequel to its popular predecessor Dream High, has officially begun — courtesy of two fancy, sparkly trailers. A bit far removed from the heartwarming school drama the fans fell in love with, this new trailer seems a bit more focused on the glitzy performance factor; which makes sense, I suppose, as the main characters this time around are already working idols and not students. But Holy Strobe Lights Batman! They may need to put a warning on that thing.

At its basis Dream High is essentially an idol showcase drama, but can viewers adjust to a change in idols?

Arguably somewhat, but, among the excited clusters of fans is also a faction that just wants to see Taecyeon, IU, Suzy and Wooyoung back as regular characters. They came into the franchise as known entities, and I would count Jinwoon, Hyorin, Jiyeon and Kahi in that group as well. However, with the possible exception of Suzy, I would say that the new four lack the popularity and name recognition of the previous cast. So there may be an obstacle of winning over some of those Dream High fans, which I would say is: less beloved idols.

When you have an army of Hottests at your behest (and direct connections with JYP), it’s not difficult to see why Taecyeon and Wooyoung were prominent choices as leading men the first time around. But they’re clearly going in a different direction with the second season with rival idol girl group HershE and boy duo I:dn. I’m surprised, since they’ve made cameos, that a Super Junior member wasn’t stuck in as a main character – yet they’re taking a chance on two JYP trainees (I suppose the future Taecyeon and Wooyoung). 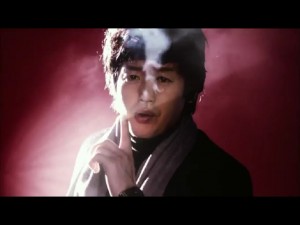 As for Hyorin and Jiyeon, they don’t have huge fan bases independent of their singing groups, but they are both lauded for their singing and acting skills respectively. While I think she’s a wonderful singer  I’ve always found Hyorin cold and distant as a performer. Jiyeon however, has acted before, and ultimately if they’re given good material, they should be able to perform it adequately (Hyorin would be a great villain though Ailee, her HershE band mate, seems to have been given that distinction).

Speaking of Ailee, again we have a relative but not complete unknown — especially since her performance  on MBC’s “Singers and Trainees” , which ostensibly skyrocketed her popularity and likely led to her casting on Dream High 2. As I previously mentioned, Ailee is the other member in the HershE (ugh, I hate that name) trifecta, along with Hyorin and Jiyeon. Ailee’s character actually sounds the most interesting of the three, if this description is anything to go by:

Ailee plays a vocalist in the girl group HershE. She possesses lots of talent but her disrespectful attitude makes her into an idol with a bad reputation.

A pretty meaty role, if the character description is anything to go by. However, as a new act, she doesn’t have a solid identity with the Korean public, and with villain roles fans will either love you because you’re a manipulative bastard or hate you because you’re an evil bitch. There’s a risk those lines of reality being blurred due to her lack of a developed identity, but admittedly I can’t think of better opportunity for her to showcase herself.

Dream High could lose viewers because they won’t get the same experience as before – it has been well-documented that some TV show fans don’t do well with change – but a change in casting is natural for the second season of any Korean drama.

I can’t blame the writers for possibly heading forward with more dynamic story lines, and the show’s formula may make this argument moot anyhow – the success of the show hinges on the casting of as many familiar faces as possible and throwing in a few love lines for good measure. If handled correctly, creators could keep this show going on forever! There are definitely enough idol groups to keep doing so.

Are you excited for Dream High 2? Do you already think it will be inferior to the first one? Do you agree that any clip with Kang Sora in the trailer was needlessly overdramatic?