Park Shi-hoo is a vampire for W Korea

My oh my, is that Park Shi-hoo I see? With the popular trend for all things supernatural, the handsome actor is depicted as a dark vampire for the upcoming issue of W Korea. For one, the man is rocking some serious guy-liner.

This man has some incredible genes; that’s all I have to say. Here, Park Shi-hoo is posing in a muted wool grey jacket with unassuming blue jeans.  I don’t see any trace of a vampire theme that he is supposed to be portraying, unless you count the pasty complexion. I don’t have anything else to really comment upon. And did I mention that he was pretty? 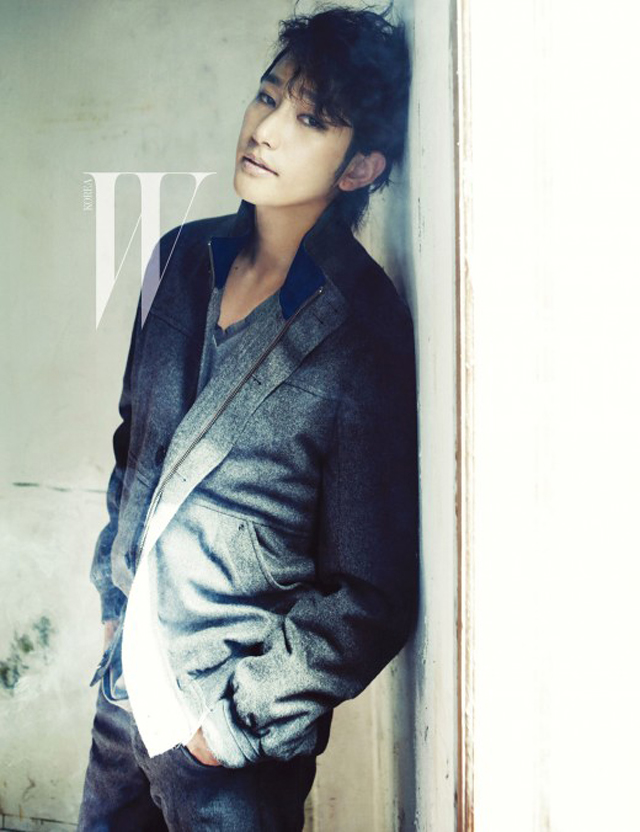 This shot reflected the vampire theme a little better. Here, the actor dons a full length wool trench paired with dark brown boots. Combined with the dark red collar, this look screams “forlorn vampire that craves to walk in the light that he is no longer able to”. 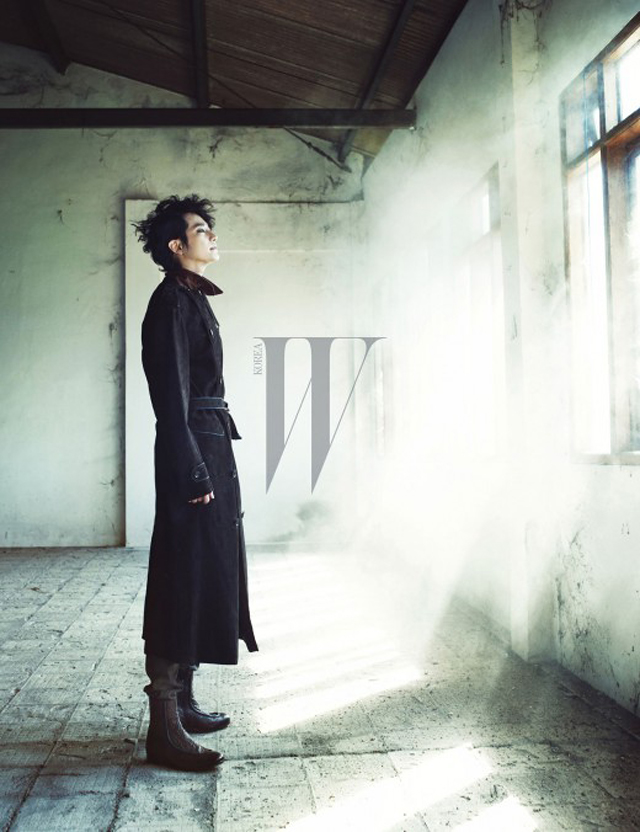 Well, look at that, he can walk in the daylight now. Did the power of eyeliner and brooding heal the vampire or was it merely a lazy concept catered towards female fans? Whatever it may be, this look certainly didn’t help it. I don’t know what to make of those pants. I think they are leather harem pants, or very creased leather pants. I doubt the material is actually leather but more along the lines of a shiny latex fabric. Those pants combined with an ill fitting jacket and a black infinite scarf created a rather sloppy look.  Perhaps they were going for a boho vibe — but it looked more hobo than boho to me. 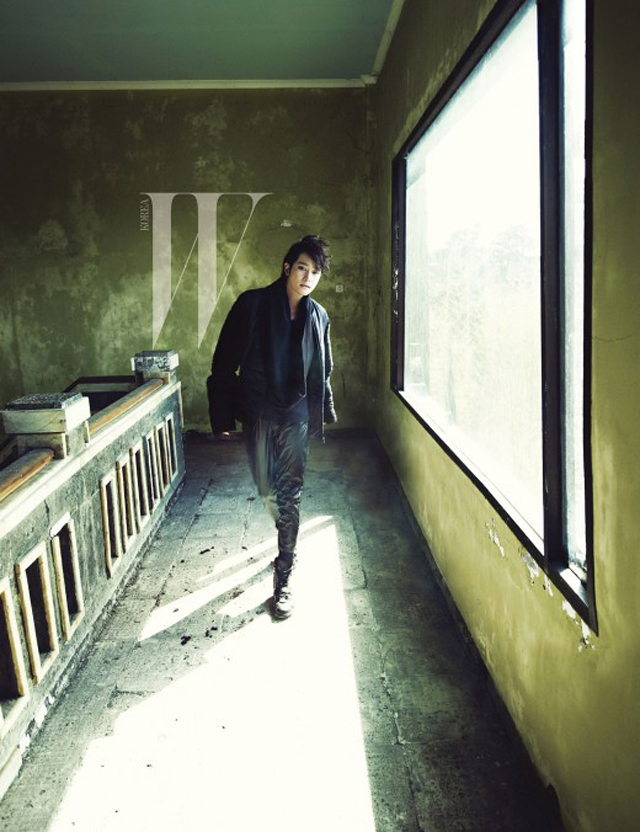 I don’t think that there was much direction for this shoot. The vampire theme wasn’t even utilized in the photo shoot since most of the shots had him standing in daylight. That is, unless they were taking a page from Twilight — and if so, where are my sparkles? I was hoping for a more morbid take, with sharp lines and a sense of wickedness. Instead, I got the teenage girl version of a dreamy vampire prince. For me, this was a disappointing shoot — which is a shame because I do adore Park Shi-hoo. As lovely as these shots are, I’m afraid that’s all there is to offer. I wanted to see high drama and him doing more dirty gritty shoots, especially with his upcoming role as a serial killer. Le sigh; such a wasted opportunity. 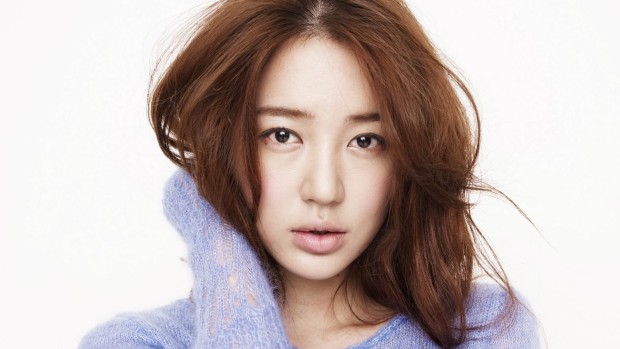 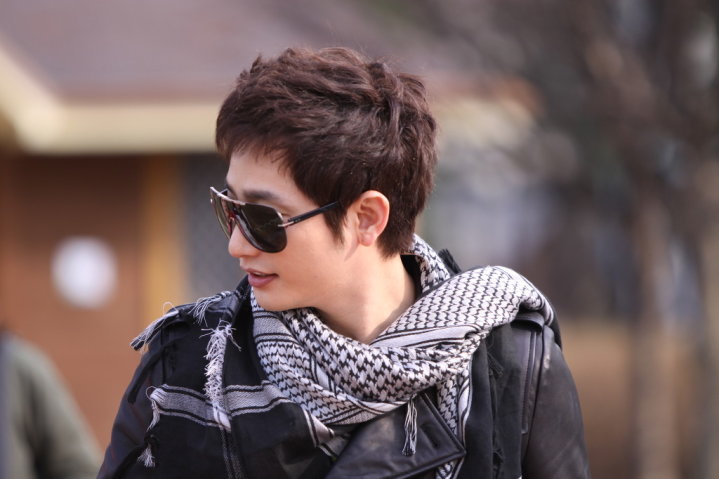 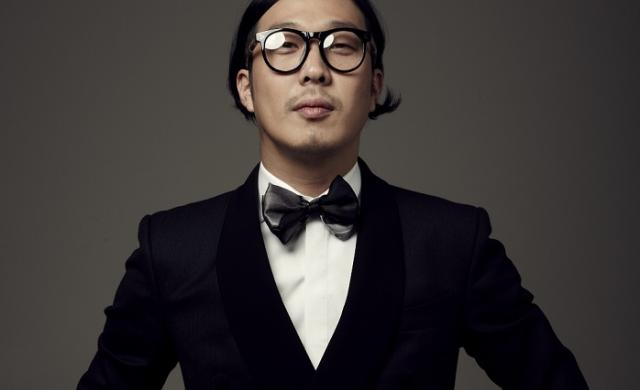