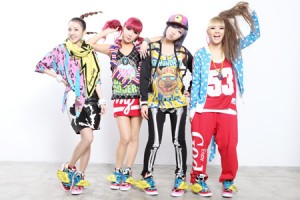 I think it’s fair to say that no one is particularly upset over the news of Big Bang’s new album release pushing back  the debut of the as-of-yet named  “revolutionary” YG girl group, which was originally set to start teasers this month. From the beginning, I’ve wondered about the emergence of another YG girl group. I have no problem with the expansion of their roster, but YG…remember that little group, 2NE1? That extremely popular female quartet that has been praised to the edges of the earth and back for their style, presence and sound that has changed the landscape of K-pop as we know it? I’d say they’re still doing pretty well.

However, apparently we’re now in need of another “groundbreaking” K-pop group, and it’s starting to make me suspect that YG is in danger of believing his own hype. If YG honestly has a unique vision for the trainees that will make up this group, I’d be lying if I didn’t say that leaves me in a small state of anticipation. But at this point every time I hear about it, it ‘s like YG is crowing about reinventing the wheel. Okay, the girls won’t have plastic surgery, but is that something to be excited about?

Now, however, we actually have some commentary from  soon-to-be sunbaes 2NE1, which raises some interesting questions:

In a conversation with OSEN, leader CL revealed, “They will not at all be like us, they are of different colors. The girl group looks ready, I know, too, the new group is very excited. You definitely will want to look forward to seeing them.”

But there could be many meanings behind this: does she mean that that this will actually be an international group? Or an inter-Asia group? Or will there just be some girls in the group that are more tan than the others?

Logic tells us that CL could likely be referring to the group not all being of Korean heritage; yet, that’s not so abnormal now. F(x), Miss A, 2PM, and Super Junior are all popular groups that have or had non-Korean members, but still the members were of some Asian descent. 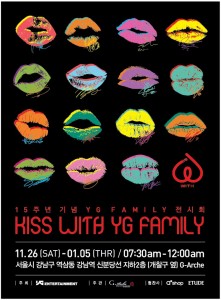 Something that is truly “different,” “revolutionary” and “groundbreaking” is probably so unlikely to even happen that I dare not speak of it. But a K-pop group that includes not only non-Koreans but non-Asians would most definitely shake things up in the industry. However, would the company actually take a chance on it?  YG has certainly shown a willingness to collaborate with everyone under the sun, but this venture would be another bird altogether.

YG, SM and JYP are always doing “global” auditions or “international contests”, but nearly none of these ventures have garnered significant results. None of these overseas ventures has resulted in a single non-Asian face, and considering all the crossover and breaking into America talk these days, it strikes me as more than a little ironic that while there is an expectation of people from the Western hemisphere catering to them, they don’t have most the perfect track record in catering to us.

I think the existence of Pumashock (Natalie White) and many others on Youtube like her is enough evidence to show that the fans are there, the talent is there, and it’s possible. However Chocolat almost caused a cataclysm with their inclusion of half-Korean biracial members, so perhaps it’s just not something Korea is ready for yet.

I will say this — if YG really wants to present itself as the innovative, rules-breaking music company image it presents, having a bonafide globally diverse group to represent K-pop would be truly putting their money where their mouth is. Sadly, I’m probably thinking too progressively at the moment, but what are your thoughts about how this group will look or sound? And how will lone announced member  Kim Eun-bi (MNET Superstar K2) fit into all this?