I have to admit, I was never one to pay too much attention to Korea’s variety of “American Idol”-esque television programs.  Perhaps it is because the only entertainment I ever derived out of of “American Idol” was watching those crash-and-burn auditions in the first three weeks, but I never found myself with enough time or interest to follow something like “Superstar K.”  However, a friend recently introduced me to SBS’s “K-pop Star,” and while I wouldn’t say that I’m completely hooked, some of the show’s contestants are definitely giving me reason to keep tuning in.

The only thing I could say following this performance (once I’d managed to shut my jaw properly), was “OH SNAP.”  Whatever boys SNSD didn’t manage to bring out in October are definitely out now.  It was like watching a performance of the legendary Big Mama — only these girls are all around 15 years old.  I was sold on Park Ji-min after her flawless cover of Adele’s “Rolling in the Deep” went viral, but all four of these girls completely blew me away.  I’m fairly sure that Jessica pretty much never sang her high note at the tail end of the song, but there’s no question that Michelle Lee hit it perfectly.  And need I mention the perfect harmonization – something that, much to my chagrin, is consistently absent in K-pop? 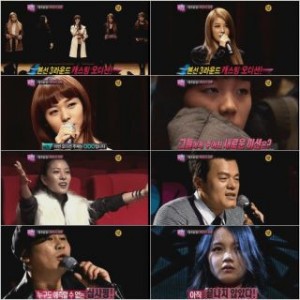 However, as the warm and fuzzy “you go, girls” feeling faded away, I began to feel a little…sad.  And confused.  It’s all well and good that these girls (and the many other deserving contestants) are getting accolades from some of the biggest names in K-pop now, but will they ever really have a place in K-pop itself?  In other words, is K-pop ready for stars of this calibre?

Truly, I don’t think so.

As soon as I watched the first few minutes of “K-pop Star,” I felt that there was something of a contradiction inherent in the philosophy of “K-pop Star” and K-pop as it currently exists: the show is specifically aimed at finding outstanding talent, but nothing in K-pop presently suggests that talent is a prerequisite for success.  There is something vaguely disquieting about watching the CEOs (and BoA) of K-pop’s most influential companies criticize and pick apart promising auditions while “artists” like 2PM’s Nichkhun and SNSD’s Yoona sit in the audience, watching and occassionally offering their advice.   Such an obvious discrepancy between what “K-pop Star” is looking for and what is generally sought after in the market leads me to wonder: what might happen to these four girls if they were to make it to the top?

My biggest concern is that the talent we have seen will ultimately be quashed by the need to conform to certain K-pop trends — something that I like to call the T-ara Problem. T-ara epitomizes the worst paradox in K-pop: it is a group that has some certifiably awesome vocalists, yet consistently produces music that fails to showcase any talent whatsoever. 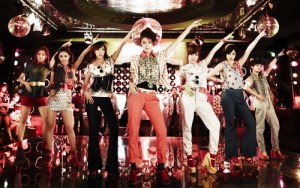 Notably, when I first saw T-ara perform live, I was completely convinced that not a single member (besides maybe, maybe So-yeon) could carry a tune.  But when you give them good material, Hyo-min busts out with this, and Eun-jung kills it on “Dream High.”  But what does Core Contents Media give them?  This.  Ree has already written extensively on how CCM is mismanaging T-ara, so there is no need to beat a very dead horse into the ground, but I mention them here simply because I would hate, hate, hate to see vocal talent like the kind I’ve seen on “K-pop Star” wasted by incompetent management that tries to follow a trend instead of working with the stuff they’ve got.  And because K-pop doesn’t yet have much room set aside for power soloists (I still love you, Lim Jeong-hee), duos, trios, or quartets that harmonize to the point of bringing down the house, I worry that this fear is not all that illegitimate.

We’d all like to believe that K-pop seeks and gives recognition to talent when such recognition is due, but I think we’d all similarly acknowledge that K-pop isn’t always about giving singers like Park Ji-min a fair shot.  Let’s not forget that “Superstar K2” contestant Woo Eun-mi went under the knife (after swearing she would never do so) to increase her chances at making it, despite possessing a killer voice – and yet, she hasn’t done anything terribly noteworthy since her run on the show came to an end.

So what does “K-pop Star” mean for the K-pop world?  I’d hope that it’s a real chance to both inject some talent into the K-pop market and to start reversing an uncomfortable trend of favoring a pretty face over a pretty voice — but I’m not terribly optimistic.  Old habits die hard, and I’m afraid that these young superstars might find the world of K-pop unwilling or unprepared to accept them.  Ironically, though it may come at the expense of domestic popularity, I think that having a K-pop market saturated with stellar vocalists would actually help K-pop’s quest to conquer the West — and I’d love to see these four ladies at the fore.  What do you think, readers?  Is “K-pop Star” going to help change the face of K-pop as we know it, or is it just going to funnel more talent into disappointment?