Exo-Kai: SM's Favoritism at Its Finest

It’s no secret that SM Entertainment likes to play favorites. ELFs lament about the foul-play dealt to Super Junior while SNSD is given extra attention. SNSD’s Hyoyeon is frequently shoved to the back while her bandmate Yoona enjoys special treatment and extra exposure. SM’s other groups, such as TRAX and The Grace, rarely even get a fraction of the amount of publicity that Super Junior, SHINee, and SNSD do. Recently, SM’s favoritism has reappeared in the form of Exo Planet’s Kai.

It all began when the first Exo Planet teaser was released, featuring Kai in all his glory. The boy does his thing — with slow-mo, water, and Matrix 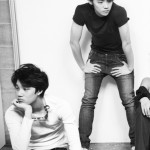 cam, of course — and the world received its first taste of Exo Planet. People wanted more and couldn’t wait until more members would be revealed. For about a week after the first teaser was released, SM promoted Kai. They even drove his teaser around on a bus, so as to attract more attention.

Then, Lu Han’s teaser was released.

Not only does Lu Han share his teaser with Kai, but Kai is also the main focus of this teaser as well. The boys dance side by side, but Kai moves to the front towards the middle of the teaser, and at the end his face can fully be seen while Lu Han’s face is obstructed by his arm. The camera angle and pose cause only Lu Han’s eye to be seen, but Kai’s face is perfectly visible. Not only does Lu Han have to share his teaser video with Kai, he had to share most of his concept photos as well. This isn’t only Lu Han’s plight, but Tao and Chen’s as well. They get a few solo photos of their own and share the rest with their bandmates, namely Kai. Kai himself has dozens of photos, SM has been releasing more and more every other day.

A day or two after Lu Han’s teaser was released, Tao’s teaser made an appearance. Tao is lucky enough to have a teaser of his own, not sharing it with Kai or anybody else. But why did Kai get promoted for a week while Lu Han only got promoted for about a day? Kai got a week’s worth of promotions and a bus ride around Seoul, and all Lu Han got was a chance to star in Kai’s second teaser. What should’ve come next was Chen, the fourth member to be revealed, but instead, SM released another teaser of Kai dancing. This teaser also had a sneak preview of one of Exo-K/Exo-M’s songs and featured the typical slow-mo found in nearly all of SM’s videos. Poor Chen gets an even worse deal than Lu Han — he doesn’t get a teaser or any concept photos of his own. He’s instead first seen in a group photo of the four previously revealed members. 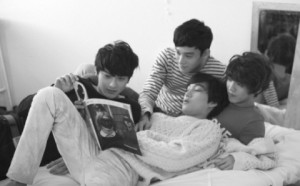 This is especially unfair because it’s already been shown that Chen can sing. Shouldn’t he get his time to shine? Why are Lu Han, Tao, and Chen being given such a raw deal? Are they not as talented as Kai? Are they not as good-looking? Is it because they’re Chinese? What about the other eight or so members? When do we get to hear about them? Instead of revealing more information about the group as a whole, SM keeps focusing on Kai. Kai gets more and more photos released, and even has another official teaser of him dancing.