MBLAQ is one of the first big groups to be making a comeback this year, having released their fourth mini album, 100% Ver., just today. Within the last few weeks, MBLAQ has also released a bunch of stuff in anticipation for the album drop: from the release of “Scribble” to a bunch of teaser photos to this newest MV for what will presumably be the group’s promotional single, “It’s War.”

K-pop has always had a flair for the overdramatic, but it always irks me a little whenever K-pop companies expect audiences to take this (occasionally comical) overdramaticness seriously. DBSK‘s 15-minute long “Before U Go”  music video is a good example of this. “Before U Go” was a great song and it deserved a great music video, but did we really need to see Yunho roundhouse kicking sixteen bad guys per minute? Did we really need to see Changmin tearfully firing a bullet into the sky? Did we really need to see the murder plots, the assumed drug cartels, the obvious Athena ripoffs, the oh-so-dramatic conclusion where the Almighty Gods use their godly power to pardon the lowly wrongdoers?

The answer is a sixfold no — and while the full-length video was far superior to the “dance version” video in terms of sheer production value, it was still difficult to take this presumably “serious” video seriously.  The same could easily be said of MBLAQ’s “It’s War” video. The video had enough blood, bullets, and tears to make it obvious that this video was a “serious” video. And of course, any video with a storyline where someone dies automatically becomes something to be taken seriously, right? Not to mention the completely irrelevant Malcolm X quote that was featured at the beginning of the video. Quoting a prominent historical figurehead in the context of a pop music video? An Oscar for you, sir.

It’s not to say that pop music videos aren’t allowed to be dramatic or intense or carry a deeper social or cultural message for further pontification; rather, if done correctly, music videos could be the perfect vehicle for getting an important message across. But keeping this in mind, there’s something unsettling about a video like the one for “It’s War” — or rather, any video that is just dramatic for the sake of being dramatic. What, exactly, was J.Tune’s goal in making this intense music video? Was it because they really wanted to convey a deeper sociological message? Probably not; the song’s lyrics primarily express romantic love, regret, anger, and angst — just like any other K-pop song. Was it because they wanted to give the production team a chance to show off their creative chops? Maybe, but while the video was well-produced, it wasn’t anything stunning. Was it because they wanted to create something that would make people take MBLAQ seriously? Probably. And if the sight of a member committing physics-defying suicide doesn’t make you take them seriously, then I don’t know what else will. 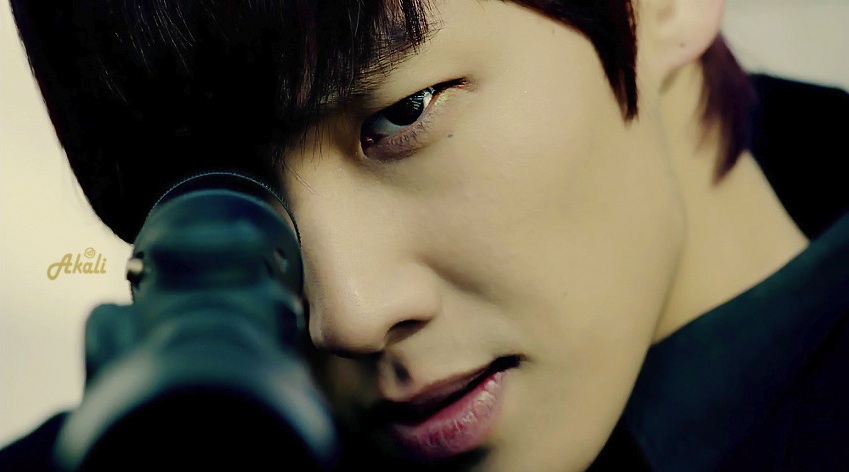 It’s not to say that one overdramatic music video completely cheapens the power of music videos as a medium for more meaningful purposes. But it is tacky, and it gives a bad rep to other well-produced music videos with an actual message. Take a look at K-dramas. How easy would it be for a casual watcher to overlook the greatness that was 49 Days because of previous bad experiences with other overly weepy and overdramatic K-dramas? Granted, it’s a gross exaggeration to say that “dramatically dramatic” works like the “It’s War” video are blasphemous to the genre as a whole. But it does lend to some unfairness when compared to other, more legitimate works.

Nevertheless, I smell that 2012 is going to be a big year for MBLAQ. They’ve steadily improved since their debut, and while they’ve still got a ways to go, they’re starting to put out consistently good (or, at least, un-bad) work — an admittedly tall order in a music industry like K-pop. And for all my distaste for the video, I really enjoy “It’s War” as a song and it’ll probably make for some great live performances. I haven’t listened to MBLAQ’s new mini-album yet (it’s only been a few hours since it dropped; cut me some slack!), but I expect good things.