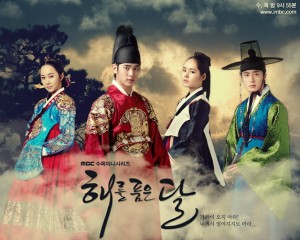 This week in K-pop saw: the debut of a couple of boy bands with potential, CHAOS and F.I.X.; the comebacks of the Piggy Dolls, Fat Cat, Teen Top, Dynamic Duo, and T-ara; C.N. Blue releasing their latest Japanese PV; B1A4 singing about the “Sky” for the Take Care of Us Captain OST; Running Man having Part One of their Actor’s Special; the airing of part two of the friends special on 1N2D; Infinity Challenge hitting new highs with their “I Am Singer” spinoff; and a hot new saeguk K-drama hitting the airwaves.  What 5 Things happened in K-pop this week that I think were a bit more special than the rest?   Keep reading to find out.

5. INFINITE a Cut above the rest 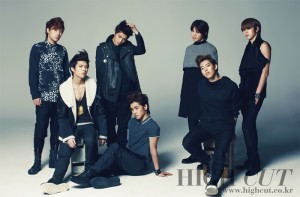 Up and coming boy band INFINITE appears in the latest issue of HIGH CUT magazine and got a lot of praise from the photographer of their photo shoot.  During the shoot, where the boys model eight different looks, the photographer Joo Yong-kyun, said that the boys are beyond idols, have  a lot of passion, and endless possibilities in their career.  INFINITE is continuing to do well in 2012 with their upcoming first solo concert, their variety show appearances, and L will star in the soon to debut cable drama Shut Up Flower Boy Band which is the follow up to Flower Boy Ramyun Shop on tvN.

Don’t know where I’ve been missing out on AZIX‘s debut and live performances on the music shows, but better late than never.  The talented high schoolers were breakout contestants on the reality show Top Band last year and have now gone mainstream.  Check out their performance of “Give Me A Hug” on the last episode of Music Core.

3. The Moon That Embraces The Sun 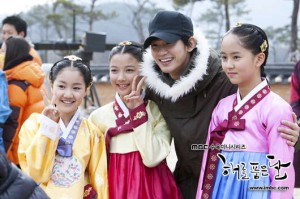 Why did I start watching this K-drama?  I know better, which is why I only watch rom-coms and usually not saeguks (because of all the drama in them), but there was something about this show starring Kim Soo-hyun, Han Ga-in, and Jung Il-woo (straight from the Ramyun Shop) that sucked me in.  I also really love the young actress that plays the young Han Ga-in, Kim Yoo-jung.  Just watched the first two episodes which star the young actors and actresses who play the younger versions of the stars (which includes ZE:A‘s  Si-wan as the perfect Heo Yeom) to set up the story and I’m already hooked.  I see a lot of heartache and tears in my future– hopefully it’ll be worth it.  The Moon That Embraces The Sun is a Wednesday/Thursday K-drama for MBC.

2. The search for the next K-pop Star continues

It was another impressive week for the reality show K-pop Star.  This week, the contestants who have made the cuts this far get together in groups to compete.  Of the groups they did show, not one did bad in my opinion–it’s gonna be a hard choice for judges BoA, Yang Hyun-suk, and Park, Jin-young, but they must be used to it.  Here’s two of my fave performances from this week’s episode.

1. Getting all Lovey Dovey

You gotta admit T-ara has been bringing it lately with the most innovative concepts, dance routines, songs, and MVs.  Their latest “Lovey Dovey,” which is a follow up both in song and MV to “Cry, Cry” was just released with another mini dramaesque MV.  I’m not saying everyone should  do a 20 minute MV, but at least T-ara is bringing something interesting to the table.

And their live performances are a lot of fun–I see everyone doing the Lovey Dovey shuffle for a while.

Those were the 5 Things I LOVED in K-pop This week, were they yours?