Talent in K-pop: The Best Singers 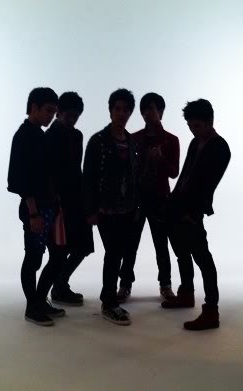 The world of K-pop is largely built upon hype. Here at Seoulbeats, we spend a lot of time trying to debunk the hype, and participate — as objectively as possible — as constructive critics of K-pop. Oftentimes, people take the definition of a critic to be someone who has the ability to point out the faults in what they are given to judge. But there’s more to it than just being able to see what is wrong; a critic also needs to be able to recognize quality and give credit where it is due.

Not everything in K-pop is overhyped — in fact, there are a fair amount of things that are underhyped and taken for granted as well. This post is an attempt for me to try to sift through the sea of biased opinions, and arrive as close as I can to the truth. And to do that, what else is there to judge but talent?

Although admittedly there are many more elements that go into producing a successful idol than just pure vocal ability (such as appearance and entertainment value), with singing competition shows such as I Am A Singer, Immortal Song 2, Superstar K3, and the soon-to-be-aired Survival Audition K-pop Star becoming the recent trend on Korean airwaves, people are starting to pay more attention to raw vocal talent than ever before. In addition, idols during current times are no longer able to hide behind loud backtracks to cover their lipsyncing or vocal mistakes on stage, as the MR-removed video technology (for better or for worse) is increasingly being utilized by consumers to judge a singer’s worth.

It’s entirely possible that the popularity of these singing competition shows may create enough of a cultural impact to reshape the Korean music industry over time, the same way that American Idol helped shake up the American music industry at the end of the 90’s bubblegum pop era. Indeed, in recent news, the unconventional winner of Superstar K3, Huh Gak, was able to temporarily make it to the top few spots on realtime Korean music charts shortly after his newest song, I Told You, I Want To Die, was made available to the public. In some instances, he was able to snag the #1 spot (on Bugs, Mnet Music, Soribada, Naver Music and Daum Music charts), even edging out the the iconic Wonder Girls, who released their comeback album during the same week. This accomplishment in itself may be an indication that Korean musical consumer preferences and practices have already begun to shift, meaning that nowadays, talent may be more important than ever.

So with that in mind, who do I judge to be the most talented idol singers in K-pop?

Before I begin, here is a rundown on some logistics:

About my judging process:
I am fully aware that it is impossible to judge with a completely objective mind, even when we are talking about talent. Just as there are many types of physical beauty, there are also a variety of singing styles, and it is impossible to judge everything on an equal scale. While I don’t claim in any way to be the ultimate authority on things, I can only offer my opinion as someone who has had some vocal and musical training in the past. Additionally, while I like many groups and individuals (and some much more than others), I do not consider myself as an official member of any one fandom, so there isn’t any competitive motive affecting my decisions.

Got that? Alright, then without much further ado, lets get this started!

This group was originally debuted by SM in 2005 and marketed as the ‘female answer to DBSK‘. Although they have largely become irrelevant to the K-pop sphere today (due to bad management by SM, as explained by Ree in a previous article), their reputation is still strong enough that even many newer K-pop fans, that were not around when CSJH as four was still active, have heard of their vocal prowess.

All four of them have very phenomenal and distinctive voices: two of them (Lina and Stephanie) are full and rich altos, while the other two (Dana and Sunday) are delicate yet powerful sopranos. The mixture of different qualities from each of their individual voices works together to bring out an extra layer depth to their singing as a foursome, something that I would argue was missing — despite still having technically excellent voices — when only Dana and Sunday made a comeback as a duo earlier this year. It also didn’t help that SM gave them a song that was popularly termed by international fans as a ‘reject f(x) song’ which included — get this — speak-rapping and autotune for their voices. Oh, SM. Your decisions never cease to amaze me.

At any rate, I am still waiting and crossing my fingers for the girls to come back again as four. And since this question gets asked every time, let me just go ahead and say that last I heard, Lina was busy doing musicals, and that for a while, Stephanie was a principal dancer for the Los Angeles Ballet (an impressive feat in itself). I’m not seeing her name listed under their company for the 2011-2012 season, however, which gives me a glimmer of hope.

It’s really a shame that the old DBSK(5) no longer exists, or else they would have won this category for me. In their absence, JYP‘s ballad group 2AM easily snags the honor. Like CSJH, the four boys of 2AM each have distinct voices (the jazzy tone of Changmin, the soulful voice of Seulong, the clear voice of resident diva Jokwon, and the husky voice of maknae Jinwoon) that mesh and work really well to highlight each other while filling in for individual weaknesses.

I’d also like to bring attention to the fact that Jinwoon recently released his solo singles Psycho and If It’s Not Now and I think they’re wonderful. It’s no secret that Jinwoon is a huge fan of rock music, and the songs he composed definitely have an influence of alternative and symphonic rock. It’s a raw kind of sound you don’t experience in K-pop often, and even more importantly, it’s done well. Consider me duly impressed.

I have to admit, I’m pretty indifferent to Sistar as a group. This is not to say I dislike them. In fact, I have tremendous respect for the girls, especially since I’ve seen them perform in concert and I think they’re a lot more talented and enjoyable to watch live than a lot of other (more popular) girl groups. That being said, I never liked any of their title songs, which I suspect is the main reason I just haven’t been able to get into them.

I have, however, been a big fan of Hyorin ever since she the day she showed up on Immortal Song 2 and literally blew everyone else out of the water.  Ever since then, she’s been nicknamed by the media as the ‘Korean Beyonce‘, and honestly, although I don’t think there’s anyone in the world, much less in Korea, at Beyonce’s level, I can see where they’re coming from. It has something to do with the fact that Hyorin really is the whole package in one (singing, dancing, looks, personality), channels the sexy-but-classy, and to top it all off, she has amazing stage presence.

As for her singing voice — it’s easily one of the most recognizable voices in K-pop, very velvety and powerful and smooth at the same time. Even when she’s singing on a sore throat (or is her speaking voice normally that raw and raspy?). Not only is this girl vocally amazing live, she also has charisma (and this is what sets her apart from the other idols with good voices) in spades. You can really tell she loves the stage, and in return, the stage loves her back.

I would totally support Hyorin if she decided to go solo.

Kyuhyun was a late addition to Super Junior (and to top it off, he was only a trainee for 2 months prior to debut), but probably one of the smartest decisions SM ever made for the group. His voice is warm, smooth, and rich, making him a prime choice for ballads as well as for making fangirls melt into puddles on the floor. Although the sheer number of members in Super Junior means that most members get only one or two lines per song (as is the case with all large groups), Kyuhyun has also had quite a few opportunities to showcase his vocals outside of the main group by participating in vocally-focused subgroups such as Super Junior K.R.Y. and S.M. The Ballad.

Two of Kyuhyun’s performances stand out to me in particular. The first is his solo cover of 7 Years of Love, which was featured on legendary singer Yoo Youngsuk‘s 20th anniversary tribute album. I remember literally bawling my eyes out while watching his performance, which speaks volumes for how well his voice is able to connect emotionally with his audience. I also teared up while watching his winning cover of Exhibition‘s A Study Of Memory (with his sister Cho Ara on the violin) on Immortal Song 2. That sustained note around the four-minute mark in the video above? It literally sent chills down my spine, and probably sent chills down Huh Gak’s spine as well.

Fannie’s pick of most talented vocalists in K-pop:

So there you have it, those are my picks for who I believe are the most talented idol singers in K-pop.