Acts I wish would sue their agencies, part 2: CSJH 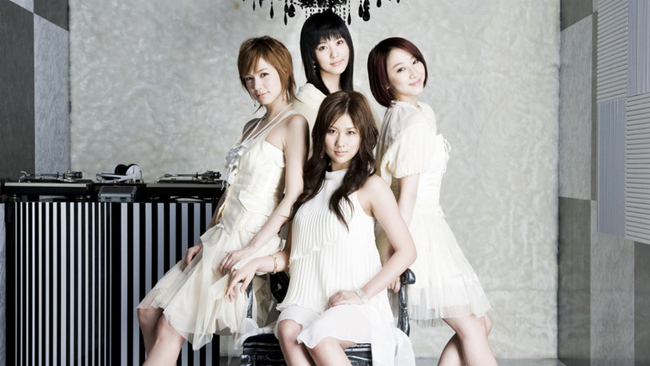 Today, we bring you part 2 of our “Acts I wish would sue their agencies” series with the beloved CSJH, who seriously needs to have sued SM about six eons ago.

In terms of talent, with these girls, I essentially have no complaint. Lina has got to have one of my favourite vocals ever heard from a female in Kpop. And Stephanie, Dana, and Sunday all hold their own very, very well. There’s no baggage here. And SM were careful to ensure that there wouldn’t be any baggage- since CSJH were meant to be the female answer to the legendary ‘DBSK‘. I won’t say SM Entertainment are foolish when it comes to this quartet, or at least they weren’t. Because initially, SM actually put quite a bit of thought into CSJH. They put quite a bit of thought when recruiting the members, and they put quite a bit of thought concerning their promotional material. And so, when CSJH first debuted, they pretty much had everything going for them.

Contrary to popular belief, CSJH’s career didn’t actually fall downhill when they first debuted in Japan. After they debuted in the Japanese market, they did fail, but they returned to Korea. And when CSJH returned, they continued to release good promotional tracks and once again seemed to be on the right path. SM payed valuable attention to them, they had the talent thing down and pat, and they had decent promotional singles as well. However, SM obviously didn’t catch the hint the first time around, because shortly after the release of their first album, they were whisked back to Japan again.

And this time they didn’t come back.

Doing mediocre in Japan, and being pretty much forgotten in Korea during their absence, they also lost their place as the SM golden girl group to SNSD. But they kept up the unnoticed Japanese promotions up until 2010 where they went on a hiatus.

However, there was hope! This year SM announced that CSJH would be making a comeback, and all Shapley’s rejoiced!

Until SM confirmed it to be only actually half of CSJH making a comeback, with a digital single, not an album. However, Shapley’s still rejoiced because, hey, at least half of the CSJH girls would be making a return. I know I was super excited for the comeback, I actually stayed up to wait for the MV to come out. I was pretty much at the edge of my seat all night- that is- until it was finally released.

Dana and Sunday are actually the two weakest vocalists in CSJH, and by two weakest vocalists, I don’t actually mean they were weak vocalists. They were damn fine vocalists, who could pull off far better than what SM gave them. All of CSJH deserve more investment than what SM is giving them. If any fandom has the justified right to be butthurt, it’s Shapely’s. Will CSJH be getting a good promotional run from SM anytime soon? Honestly, if you ask me, I don’t think so. The fact that one of SM’s high roller boy bands, don’t get good promotional material, leaves me doubtful that CSJH will receive any. So all I can do now is hope that one of them initiates a lawsuit (which seems to be the trend within SM nowadays anyway) and all four jump ship to something like LOEN or whatever.

Some Nice Listens From “To the Beautiful You”