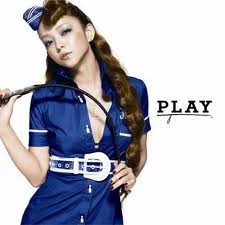 Their eyes are lined in gyaru fashion and embellished with false lashes. They wear their long hair in loose waves with a side mini bun, imitating Namie Amuro’s album cover look for Play (2007). Or, they have it cut resembling Utada Hikaru’s textured crop. No, I’m not describing a hime-kei gyaru, amura gyaru or any other fashionable girl sitting at the Shibuya Station leafing through the latest ViVi magazine (grazed, once more, by Ayumi Hamasaki) as she waits for her train.

From their white frilly dresses, in their first #1 single “Honey,” to their thigh high boots paired with shorts in “Jumpin”, KARA’s overall ‘identity’ as a girl group is heavily influenced by Japanese pop culture. So much so, that one can speculate whether they can be categorized as K-pop as well as question K-pop’s originality. Has the focus on globalization lead to mere replication of what’s successful in other music industries?

Despite comparisons to Fin. K. L. (one of K-pop’s most successful girl groups during the 90’s), KARA’s debut album The First Blooming (2007) was not a commercial success. Their incongruous urban image and R&B influenced singles gained them little attention considering that K-pop had already made its transition into dance. Yet, with release of their third mini album Honey (2009), KARA established themselves in South Korea after replacing Kim Sung-hee with Goo Hara and Kang Jiyoung and dropping the urban image for the more appealing natural and pretty look. The Japanese influences in their “Honey” MV are subtle but beyond refute. The image concept encompassed the bows, frilly dresses, white lace and princess style accessories found in the Ayumi Hamasaki inspired hime-kei gyaru look toned down by the bare face, curled hair and headbands so characteristic to casual Lolita. Also, their Para Para infused choreography set to the electronic dance beat tied it all up like a cute pink Hello Kitty bow.

Before the release of Honey (2009), KARA’s scheduling had already been hectic due to their increasing fan base brought on by their second mini album Pretty Girl (2008). Their third album was simply an affirmation of the group’s identity as well as their first attempt to branch out of South Korea. The single’s K-pop and J-pop fusion satisfied both the visual and musical inclinations of their fans in South Korea, and served as an introduction to their potential Japanese audience.

Now, seducing the world’s second largest music industry is not a simple task. It may take years of required apprenticeship and failed commercial efforts in the search for the ‘right’ sound and image before a group/idol reaches the level of even attempting a successful Japanese debut. No talent agency or Korean entertainment company considers investing their time or money without bearing in mind the prospects of forming business partnerships with foreign industries especially with Japan. An apprenticeship is the initial strategy of many marketing strategies–the most essential to globalization being replication. To flatter someone by imitation is one of the most promising forms of gaining favor and to replicate a popular artist’s style or image, is the most successful way of breaking into a foreign music industry. KARA’s successful debut in Japan is a perfect example.

KARA’s comeback concept for their second full album Revolution (2010) was the expected dark sexy, mature look, which usual precedes most Kpop girl groups’ sweet and innocent debut image. Sporting hairstyles ranging from razored crops to long waves, dark smokey eye makeup, and contrasting masculine and feminine all white or all black outfits accessorized with gloved hands, fedoras and wide waist belts, they returned with an image that was both marketable in Korea and Japan. Their title track “Lupin” had heavy electronic beats popular in both Korea and Japan, and their choreography featured the constant flow of formations typical in K-pop with subtle Para Para stylized dance moves. By September of 2010, KARA had a record deal with Universal Music Japan, and, with the release of their Korean album KARA Best 2007-2010 (2010), were the first Korean group since the 90’s to sell over 100k copies in Japan. By November, they were the first non-Japanese Asian girl group in six years to sell over 100,000 copies within the first week of the release of their Japanese debut album Girl’s Talk (2010).

With their first single off Girl’s Talk (2010) and title track from their fourth Korean mini album Jumping (2010), KARA began promoting themselves simultaneously in Japan and Korea with two different concepts for each version. The single had the same heavy electronic beats, yet their outfits reflected the fashion style of J-pop Queen Nami Amuro and their makeup alluded to the hime-kei gyaru looks inspired by Ayumi Hamasaki. By now, their choreography routine as well as sound and image was unique to their style as a K-pop girl group with Jpop undertones. 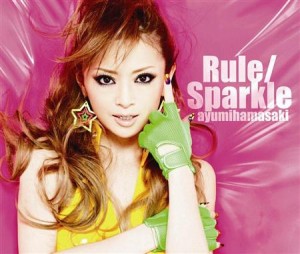 Of course, with the fame and successful album sales came the endorsement opportunities both in Japan and Korea and, with that, a sense of independence and finally “making it”. In January of this year, a few months after DSP Entertainment announced the release date for their third Korean album Step (2011), all members except for leader Park Gyuri publicly announced their contract termination from the South Korean entertainment company and filed lawsuit. Yet, after claiming improper compensation for their Japanese promotions and a deteriorated relationship with DSP after CEO Lee Ho-yeon’s hospitalization in early spring of 2010, Han Seung-yeon, Nicole Jung, Kang Ji-young settled their dispute five months before their 2011 comeback in Korea.

Settling is an understandable move on both parts.  First of all, no Korean entertainment company, after investing into a group, would cut them loose once they’ve accomplished breaking into the second largest music industry in the world. Secondly, neither the company nor the artist, would risk a decision that could lead to the profit drops and disappointment of their fans after witnessing the ongoing consequences of DBSK/TVXQ’s rupture and JYJ’s open lawsuit against SM entertainment. It is understandable for a group to want their fair share and the consideration of their human rights as well as for a company to reap from their investments. In the quest for globalization, this has been both forgotten and even intentionally disregarded leading to “slave” contracts, groups risking their health in order promote for two different audiences and fans becoming bystanders to the ugliness of K-pop’s business side.

KARA has achieved an impressive balance between marketing in Korea and Japan due to their appeal in both industries. By incorporating elements from K-pop and emulating top J-pop singers/trendsetters, their image and sound has found a medium that allows enough versatility to release a mini album in one country while promoting a full album in another. The girl group has yet to grace the cover of ViVi magazine but they have, as a group or individually, been on the covers of ANAN, Cé Ci, and Japan’s version of Seventeen magazine. With their steady success as a girl group and the popularity of their online clothing franchise “Karaya”, which ranks 4th in online celebrity owned shopping sites, their innovation in taking two pop cultures and creating an identity that is uniquely their own refutes any claims to K-pop’s lack of originality.