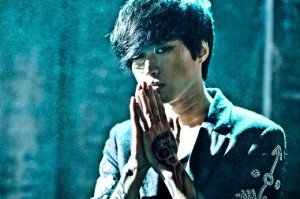 Signing contract with YG Entertainment as Tablo rather than as Epik High made everyone wonder if there will be another Epik High album in the future. Even though Tablo has confirmed that the relationship between the Epik High members are solid and they were very supportive of his solo album, it was his words against our thoughts. To specify, Tablo has the brain and is the one who held Epik High together, but with him gone, the other members seems to be lost. Mithra is serving his time in the army so technically, he cannot be seen doing any work related activities until he is done serving.  On the other hand, DJ Tukutz recently came back from his duty and has disappeared from K-pop community.

To clear up all the rumors and for the fans waiting desperately for Epik High’s comeback, DJ Tukutz posted a photo of his birthday. In this photo, the three member of Epik High are reunited to celebrate DJ Tukutz’s birthday. They all look really happy and the picture looks so right having all the three members together. It is said that after Mithra is done serving his duty in military, they will work together as Epik High to release a new album. If that is true, Mithra will be done around June in 2012 so, I’m guessing Epik High’s album can be seen around July or August? Let’s hope to see them together as Epik High soon. 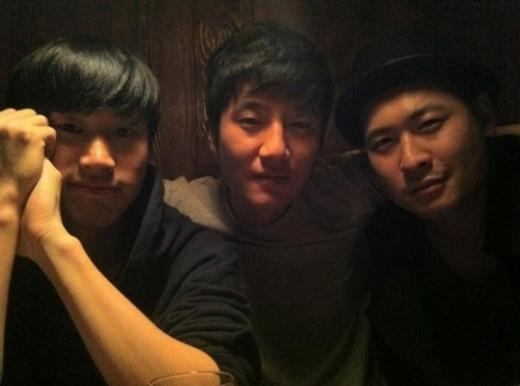 When I saw this picture, it made me wonder about Tablo as a solo artist and Tablo as a Epik High member. I don’t know about you, but Tablo belongs in Epik High. It’s great that he has gotten a chance to release his solo album, but his music is complete when he is with Mithra and DJ Tukutz.

Why couldn’t YG accept both Mithra and DJ Tukutz with Tablo? Why just him? You can’t just take one member and leave two behind. They’re package deal. At least, they should be. But either they are still Epik High or not, Tablo is slowly moving on. Recent interview on a music program, Tablo mentioned how he feels about YG Entertainment. He announced, “They’re like my family now” and “YG has been so good to me that I’m adjusting well.” He honestly looks really happy in a long time and it’s great that he is doing so well. He really deserves all the success after everything that has happend.  Still, I hope he takes time to look back at his past and doesn’t leave Mithra and DJ Tukutz behind.