Recently the Wonder Girls did a photo shoot in the theme of “Alice in Wonderland” for fashion magazine Vogue. The girls did their best to channel a dreamy fairytale motif and the unique characters they were trying to portray.  Each member was styled with a particular character in mind.  Yubin became the unforgettable mad hatter, Yeeun the fierce white queen and Hyerim the infamous red queen. Sunye became curious Alice and the classic white rabbit was Sohee. 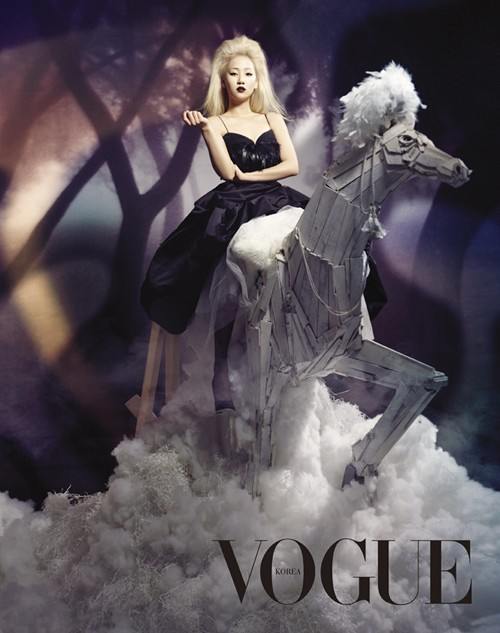 Here Yeeun is perched on a stunning white horse prop and I give her major credit for the amount of charisma in this shot. The prop could have easily overshadowed Yeeun but the girl managed to channel both statuesque beauty and the haughty attitude of a queen.  I love how the dark lips contrasted with her white blonde hair. However, the black dress was a little forgettable and I wished that her hair was styled a little more cleanly, but it was still an arresting shot. 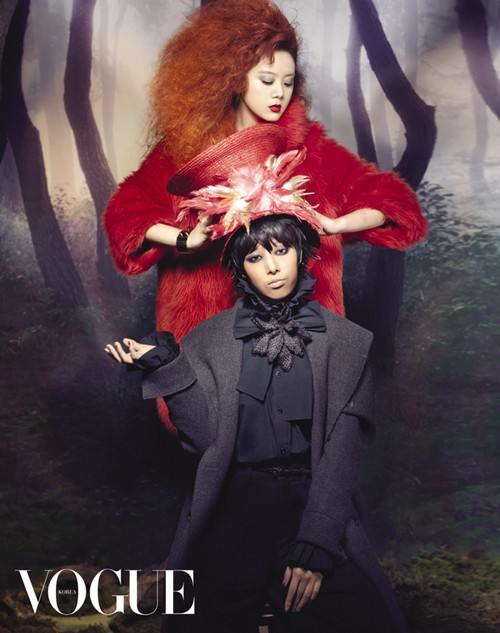 I almost didn’t recognize Yubin in this shot. The singer was styled as the mad hatter with a grey coat and black pants. I didn’t like the styling because I felt that they took the fun out of the mad hatter. Instead of quirky, we get a depressed hobo.

Perhaps this was to put more focus on the red “mad” hat but that just blended in with Hyerim’s red coat. Hyerim took on the role of the red queen in this shot. She wore a very red fur coat that I hate. It looks like she skinned a puppet from Sesame Street and wore it as her trophy. They could have gone in so many directions but did this Cruella de Vil impression instead.

Yubin’s expression says it all. 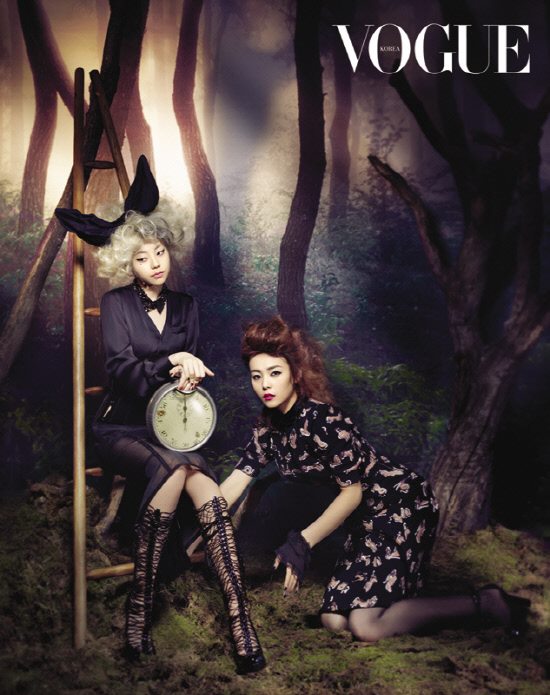 Sunye was supposed to be Alice but I didn’t get the curious brave Alice from her, it seemed more like Alice grew up and became a housewife. The puppy printed dress was very prim and cute. The gloves were a miss, they seemed like something she stole from the morose mad hatter.

I  liked Sohee’s styling more. The headband really makes one think of bunny ears. Her winged out make-up and the slight head tilt give a really mischievous vibe to the shot. My eyes were drawn to Sohee more than Sunye because of her expression and those jaw dropping shoes. Not sure if they are socks, but they are so charmingly sexy and the sheer skirt is fabulous because it brings this unexpected sensuality to the overall look. 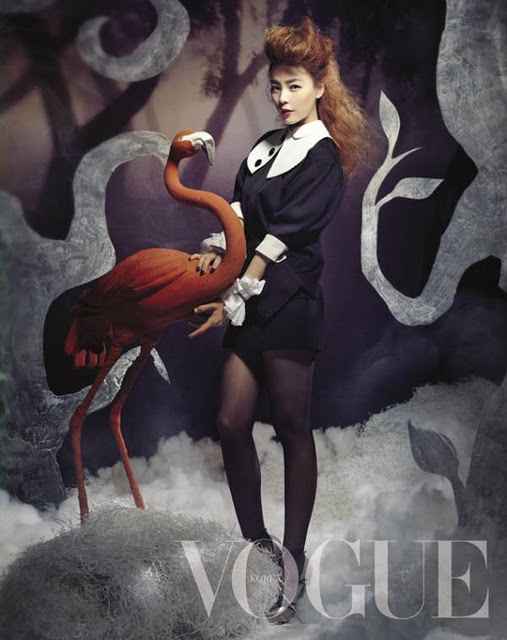 Although I wouldn’t wear it, I loved this outfit on Sunye because it seemed like the Victorian playsuits that children worn. Everything from the oversized white-collar to the puff sleeves represented the society that Alice was raised in and wanted to escape from. It’s too bad that skirt ruined the concept of the shot. Korea loves their legs, but it’s still too short. It just brings an awkwardness that this shot didn’t need.

It is nice to see the Wonder Girls making a comeback. Although I wish it was a more solid photo shoot, all the girls brought out their inner interpretations of these classic characters. Did the Wonder Girls transport you to a dreamlike wonderland? Or was it a baffling hallucination instead?

On a side note: It seems that the “Alice in Wonderland” concept is contagious because Allure did a photo shoot with Han Ye-seul as the Queen of Hearts.

Korea is truly a homogeneous society. 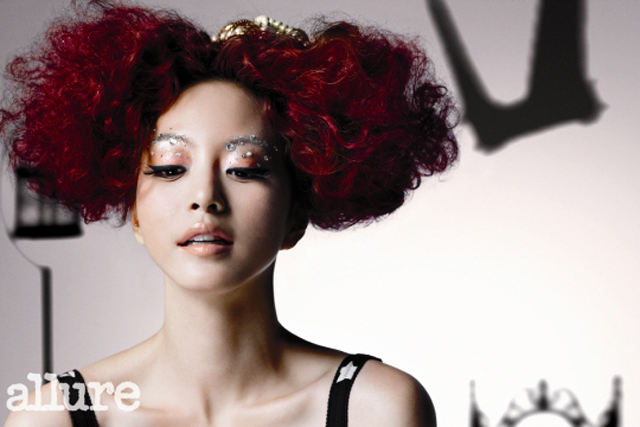