Talent in K-pop: The Best Dancers

Welcome to the second segment of Talent in K-pop! In this segment, I will be looking at idol dancers. 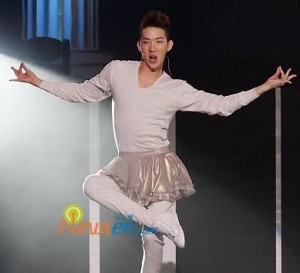 With the compartmentalization of talent that has become a standard in K-pop today, an idol within a group need not be the whole package. Members are not expected to excel in all aspects; instead, they are assigned specific roles such as main vocalist, dancer, rapper, or visual. Out of all of these elements (barring visual, which has less to do with talent and more to do with plastic, starvation, and makeup), I would argue that after singing, dancing is the next most essential skill an idol can have.

After all, (sadly) isn’t K-pop these days meant more to be seen rather than to be heard? Keeping that in mind, who do I judge to be the most talented idol dancers in K-pop?

Let me give you a little bit of history about this group. Prior to official debut, Jia and Fei  were members of a five-membered group, JYP Sisters (coined by the press as the ‘Chinese Wonder Girls‘) along with Wonder Girls’ Hyelim, and two other Chinese members (Xiao fei and Sarah). In 2009, the five of them promoted extensively in China, appearing in variety shows as well as giving performances that mainly showcased a variety of dances including (but not limited to):

It’s a little-known fact that JYP Sisters was actually the pre-debut (temporary) name for Miss A. In 2010, the group went through a series of member changes (Hyelim left for the Wonder Girls, Xiao fei and Sarah were dropped, and Suzy was added in)  and was set to officially debut as a three-membered group. 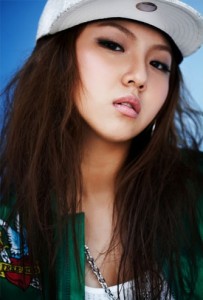 Last-minute addition Min had been a trainee under JYP for eight years prior to debut. When she was 13 years old, she formed a dance team with SNSD‘s Hyoyeon (some say the two are still best friends) called Little Winners, and they trained and performed together in dance showcases for about a year. Min was then sent to Manhattan for six years under JYP USA, where she teamed up with American producer Lil Jon as his protege to make a solo debut in America, which never ended up happening. On an episode of Oh! My School, Min has revealed that in 2008, frustrated by the fact that her debut kept getting pushed back, she ran away back to Korea (not even her family or JYP knew her whereabouts during that time) and worked several jobs for a period of 18 months. At some point shortly afterward, Min, Secret‘s Ji-eun, and Sistar‘s Hyorin were supposed to debut as a trio under JYP, but the project ended up being scrapped. Finally, in 2010, Min was added on as the fourth member of Miss A.

Dance-wise, Miss A does have a weak link, which is the ‘face’ of the group, Suzy. While the other three members practically grew up around intensive dance practice and performances, I suspect that Suzy did not do so until a later age, which would explain why her movements are not as natural. Still, this is not to say she is a bad dancer by any means. Her dancing is clean and she’s technically able to keep up, but she does lack that extra fire the the other three members bring to the stage. I have to say though, that dance spark aside, she is able to bring stable vocals to their performances, which makes her the only designated ‘face’ of a group in K-pop that I think is actually useful in the talent department.

Infinite has been garnering a lot of well-deserved love and attention from fans and colleagues alike ever since their first win on M!Countdown this past September. Like B2ST, this group is a dark horse that gave us great material from the start, even though they were not popular from the get-go (I blame it on what I term as the ‘crowding effect’, caused by a large number of members wearing matching or identical outfits). Personally, I think the Infinite and SNSD initial debut stages were as close to debut perfection as you can get. Unlike SNSD, however, their material and performance effort on stage has only improved over time (I’m not dissing SNSD, but I do think that while they improved in some ways, they majorly regressed in others).

Be Mine is also totally my jam right now.

Anyway… back to describing their dance ability. Infinite is hands down the cleanest dance group in K-pop.  Their impressive precision has even earned them the label of a group with 99.99% synchronization among Korean and Japanese netizens. In response to interview questions about how they practice to achieve their results, members say that they shoot videos during practice and check their synchronization by going back and stopping the video every one second to analyze their body angles and correct for gaps.

Also, lets not forget this:

BoA‘s dancing is, quite simply put, phenomenal. I feel legitimately sorry for all the newer K-pop fans that weren’t around to experience the heyday of the true queen of K-pop (Hyori was only able to become big as a soloist after BoA vacated the scene for Japan, the same way that SNSD was only able to make their big break after the Wonder Girls got whisked off to the US. Sorry if that hurts anyone’s feelings, but it’s the cold, hard truth. Anyone claiming otherwise probably wasn’t actually around K-pop far back enough to witness it).

To me, nowadays, BoA is more of a J-pop artist than a K-pop artist, and honestly, I prefer it that way because I also enjoy her Japanese material a lot more (and I suspect that she does, too). I don’t know what is up with SM giving their artists great songs (when they are original) while they are in Japan, but playing up the annoying gimmicks once again when they return to Korea.

Because she is already such a seasoned artist, I get the feeling that these days BoA comes off to newer K-pop fans as someone that is really old… but we often forget that she made her debut in Korea when she was only 13 years old! BoA’s current age is only 25, and although she is their senior in the entertainment industry, her physical age is actually younger than Rain, Se7en, Kahi, JungAh, Narsha, JeA, Miryo, Dara, Bom, Lina, 9 of the members of Suju, 4 of the members of DB5K, and Kim Hyun-joong.

Unlike Subi, I have to say that I am actually looking forward to watching her on the big screen for her upcoming Cobu 3D movie, and do not think that she will disappoint… in the dance department. I really cannot say anything about the acting and the plot…. actually, I have a bad feeling about that. But I’m just going to take it at face value (like I did for the Step Up franchise) as a movie whose true value lies in the dancing, and not really anything else. It may just be that only dancers (like myself) will enjoy it, but who knows, maybe all our pessimistic expectations will be proven wrong. Fingers crossed!

Through her work with Cobu, BoA has also become good friends with Tabitha & Napoleon, a fact which I find to be adorable.

Taeyang‘s dancing has a particular groove and feel that is one-of-a-kind in K-pop. He has a smooth, precise style which can be soft, but also hard-hitting at the right moments. Although vocally he can sometimes be a bit shaky live, his dancing is always on point in the way he connects and carries through his movements, rather than just doing them step by step.

I actually only started paying special attention to Taeyang after he ditched his cornrows for his now trademark faux-hawk (a smart move for a vertically challenged boy) and released his first digital single, Where U At. Interestingly, what got me the most excited about the song before its release wasn’t the fact that it was Taeyang (this was before he got big), but rather that it was rumored that he was working with choreographers Lyle Beniga and Shaun Evaristo, who are big celebrities in the hip-hop dance community. What was even more surprising when the music video came out was that he actually got his two choreographers to be his backdancers (only in the music video, not on shows).

Shaun has continued to choreograph for nearly all of Taeyang‘s dance performance song releases (including Wedding Dress and I Need A Girl), as well as having worked with Big Bang as a whole (my favorite was the Gara Gara Go collaboration with the S**t Kingz… although I was sad to see that Big Bang ended up dumbing down the choreography when it was officially released). His work, as well as the work of Keone Madrid (who worked with Se7en) and Mariel Martin (who worked with 2NE1), has been extensively documented by Kanauru Productions on YouTube.

Note: I am not providing in-depth critiques like I did for the girl dancers because frankly, the guys in K-pop are far more skilled overall than the girls in terms of dancing. There really isn’t as much to pick apart.

Fannie’s pick of the most talented dancers in K-pop:

What are your thoughts? Do you agree? Disagree?