The Hallyu phenomenon has been taking place in Japan for many years now, but this year the Korean Wave is flooding the Japanese music industry with an influx of new artist debuting one after another.  One such idol group to debut in Japan this year is After School.  In mid-August, they entered the Japanese market with a remake of their hit Korean single “Bang!”, which they promoted using the same Marching Band concept used for the Korean counterpart. 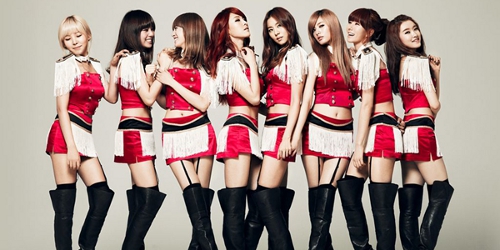 Recycling music and concepts has been one of the biggest knocks on Korean idols in Japan.  It can easily be viewed as a greedy attempt by the entertainment companies at trying to cash in quickly on the growing popularity of their idols, instead of actually trying to assimilate to the Japanese market.  With the announcement of “Diva”, another Korean remake, as their followup single, After School seemed to be falling further into that category.
But with the release of the concept photos and PV for the Japanese version of this song, we can see that not only did they change up the song a bit to give it more of a J-pop flavor, they also introduced a refreshingly new fashion style as well.  Let’s examine After School’s original “Diva” look versus the new one. 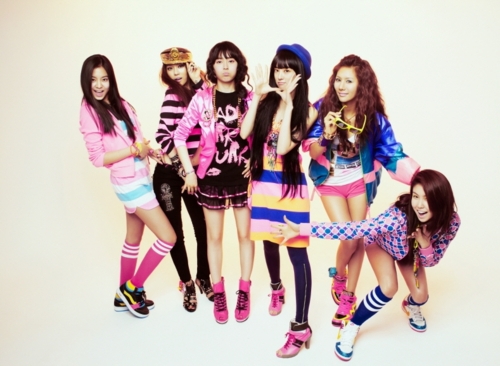 For the original release of this song, way back in 2009, the girls of After School were rocking the Candy Funky style that was very popular at that time, and also seen on 2NE1 and 4minute.  It is characterized by bright colors, bold patterns and chunky plastic accessories.  All of these pieces combine for a casual, eclectic look.  The fresh and young concept was perfect for the pop tune. 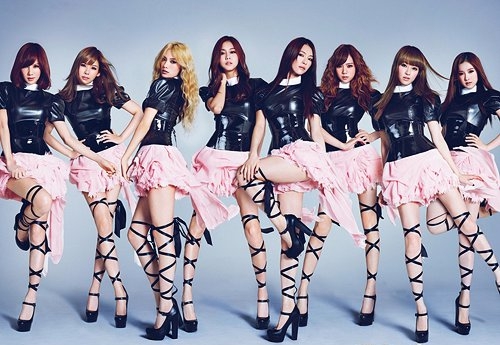 The new “Diva” style is a complete 180 from the previous look with a limited color palette and womanly silhouette.  Even though the frilly skirt and harsh vinyl top make for an interesting pairing, it is almost reminiscent of a cross between the Japanese fashion trends Gothic Lolita and Hime, albeit, After School’s take on them.  The high collar, puffy sleeves and corset of the top are nods to the Victorian inspiration for much of the Lolita looks, while the black color gives it the Gothic feel.  The fuller, but short pink skirt is more common to Hime.  Both styles focus on femininity.  These girls could walk the streets of Harajuku or Shinjuku and no one would bat an eye. 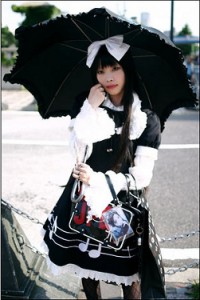 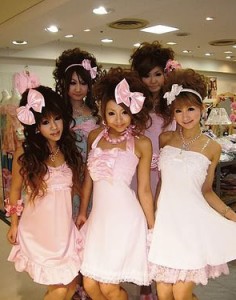 The new look actually works well for the more electronic feel of the track, as well as reflecting the maturation of the group.  The old one, while appropriate for the time would not have worked.  What do you think of After School’s changes?
(Japan Street Fashion, Fashion Trends)