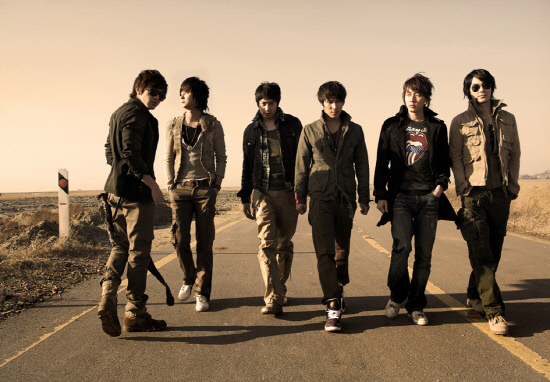 March is the month to look out for.  Why?  Because Shinhwa will re-enter Kpop with what I predict would be an outstanding comeback. All the members, Eric, Hyesung, Minwoo, Junjin, Dongwan and Andy, will be coming back from their long time hiatus by wrapping up solo activities to debut their group album since 2006.  This comeback will be right in time for their 14th anniversary . A representative close to the group commented:

I recently spoke with one of the members of Shinhwa, they are very determined to make a great comeback. The members are even considering writing in a clause in their contracts that will prohibit solo activities during the preparation and the group activities for the upcoming comeback.

Needless to say I’m quite excited for this comeback. Shinhwa was the most successful Korean boy band even during their whole SM entertainment debacle.  The boys really live up to the meaning of their name ‘ Legends’ as they are the longest running boy band in Korean entertainment history.  They are probably one of the few boy bands where I’m actually interested to see their comeback.

These boys are always making history.

Shinhwa is one of few idol groups who really leave their mark on Kpop and I can’t wait to see what they have in store for us in March.  In the meantime, Eric will be wrapping up Spy Myung-wol, Any will be getting in shape while working on his acting, Jun Jin will start brainstorming their comeback concepts, Hyesung will transform into a modern rock musician and Minwoo is preparing for military discharge in February.

All we do is wait in anticipation for this awesome comeback they have in store of us. It almost makes you wanna breeze through Christmas so we can hurry up an get to Spring.  Who else is excited for Shinhwa’s comeback?