Well, folks, get your tissue and soju ready: the patient known as 1 Night 2 Days has only got 6 months to live. Is it customary to write a postmortem when a patient is not quite dead yet? Who cares? I have a sense that every paper out there has one on Steve Jobs ready. 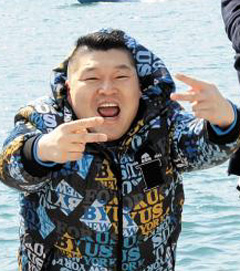 So, after all those whiplash-inducing shenanigans around Kang Ho-Dong, Na PD, KBS, SBS, MBC, yet-to-be-formed new satellite channel, advertisers, netizens, UN and NATO strike-force (scrap the last two), what is left is one simple and honest fact: it was all for the sake of bigger payday.

Do I buy the baloney about “Let’s leave on a high-rating wave”? No. As of this time, KBS does not have a replacement show lined-up that would come even close to 1N2D individual ratings. And I have a suspicion it will not have a serious contender in a looooooong time.

I can completely understand where Kang Ho-Dong is coming from: the dude ain’t gettin’ any younger. At his current tender age of 41 (or is it 42 in Korean years?), it must be a drag schlepping around the country almost every single week-end. Why put yourself through all that and get paid a pittance, when you can make a lot more dough doing MCeeing gigs and CFs right there in the cozy comforts of Seoul? Who could blame him? Certainly not me. And if KBS would rather kill its cash-cow than cough up more compensation for Kang Ho-Dong – well – it’s KBS’s loss. 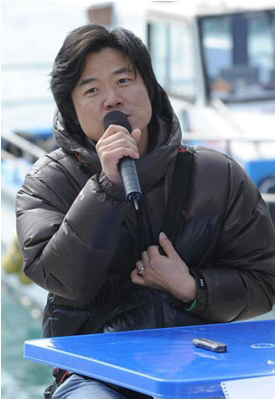 Same would go for Na PD. It seems purely a financial decision for him – someone is offering him a lot more money than KBS. He would be foolish not to take it. The world of television PDs is notoriously fickle – one moment you are IT, and the next moment no one remembers your name. So, strike the iron while it’s hot, Na PD-shhi, and make sure your new contract pays you a ton.

What of the other 5 illustrious participants? Of all of them, I think Lee Seung-Gi is the happiest about this situation. We know he tried to leave before, and this gives him the perfect out without being pummeled with rotten tomatoes by half the population of South Korea. He is currently in a CF-bonanza, and some extra time on his week-ends will certainly not go wasted by him. I predict increased drama-activity from our little Seung-Gi maknae. 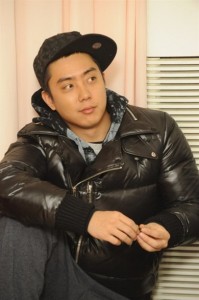 I don’t know what I will miss more: Eun Ji-Won himself or his NY Yankees baseball caps. I have a strong suspicion that it’s a tie. While he is known in South Korea for his music, 1N2D is what really brought him that household recognition status. I suspect he will try to parlay his fame into an MCeeing gig or two.  Will he be successful? He certainly has the brains for it. We shall see.

Lee Su-Geun will probably pick up a few more variety gigs along the way. He is hilarious in a sketch-comedy format, and 1N2D was the right vehicle for him to showcase his talents. Will another equally-gratifying project come along the way? He better whip his management agency into high gear.

Now that Koyote is back with an album, Kim Jong Min will probably be busy for the foreseeable future. However, of all the 1N2D cast members, I am the iffiest about him: he’s not really an actor, or a full- blooded MC. I predict he will have to hustle and bustle there for a bit to make sure his visibility remains prominent on the TV stations. 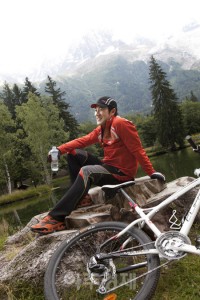 And this brings us to the newest members of the crew: Uhm Tae-Woong. I will go out on a limb here and say: he’s probably the luckiest sod out of the cast members sans KHD. Why? Well, amigos, by the end of 1N2D run he will only have to endure 12 months of week-end-shlepping schedule. However, the payoff is tremendous – what with the chokehold-tight adulation of the ahjumma and tween crowds.  Why, almost every movie he’s in is guaranteed huge SK female audience numbers. I have also noticed a significant uptick in his CF endorsements – no small part thanks to 1N2D, I suspect. Best of all – he can parlay his “I’m an awkward-around-girls dorkily-adorable simple guy” shtick into eternal rom-com bonanza. Tae-Woong-shhi, we will keep your secret (dude, you’re a PLAYAH) with one condition: please,
no more sageuks. The last one was painful enough.

Where does it leave us, the viewers? I’m afraid we are the only sore losers in this saga: in 6 months’ time, many a poor soul will have to actually talk to their family, take a bike ride, read a book, or find something else to do instead of gluing themselves to TVs and computer screens for the requisite Sunday night slot. But, my friends, life goes on. Could be worse: I had a nightmare the other night that we would have to endure the Ho-Dong/Tae-Woong bromance for another 10 years.