KARA a threat to BoA? Sorry, Korean media, but no 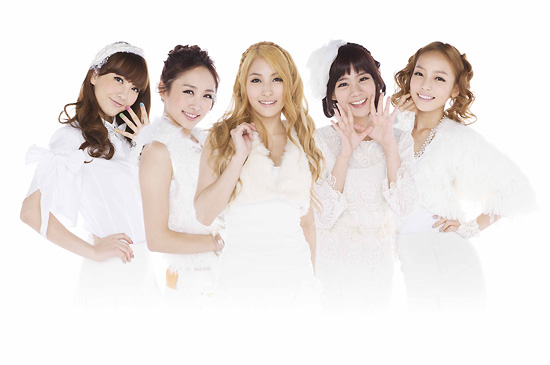 Korean news media outlet Newsen recently reported that the sale of KARA‘s Japanese albums and singles are proving impressive – to the point where the figures are comparable to that of K-pop-turned-J-pop queen, BoA. Citing the success and popularity that followed from the sales of KARA’s Japanese singles, Newsen claims that KARA’s rising popularity in Japan may be enough to overtake BoA’s legacy within the Japanese market. BoA, on the other hand, has sold over 10 million albums in her 11 years as a performer.

A CNNGo article from a few months back expounded upon the recent trend of Korean media outlets exaggerating the overseas success of “Hallyu” artists, particularly in Japan. Simply put, to claim that a moderately-successful K-pop group is a threat to BoA’s 10-year career in Japan is absolutely ludicrous. But you didn’t need me to tell you that. Since the recent wave of K-pop artists began sloshing up on Japanese shores, rumors of Korean companies fabricating sales numbers have circulated amongst fans and non-fans alike, earning the disdain of many.

But the fact that the Korean media is now trying to tear down a fellow Korean star in an attempt to pad the reputation of another group is rather puzzling. It’s a well-known fact that artists like BoA and DBSK were the ones who worked through the pains of anonymity in order to pave a road for future Korean artists in Japan. Now, K-pop artists who wish to work in Japan can do so freely, but only after acknowledging the hard work of their predecessors. So what’s with Newsen dissing BoA, of all people?

The Hallyu wave that carried DBSK and BoA to fame is separate and different from the Hallyu wave that is now carrying all these K-pop artists to Japan. In terms of the Japanese market, the former wave is characterized by success that wasn’t all that widespread, but it formed deep roots for the Korean music industry’s place in Japan. Back then, Koreans were proud of the K-pop stars in Japan not just because they were Korean, but because they were also making a good name for themselves in terms of artistic quality and overall sincerity.

On the other hand, the latter wave regards Japan only as a part of the global Hallyu ‘movement.’ Because it’s so much easier for K-pop stars to plant themselves overseas, more and more artists are spreading their influence in a more geographically widespread manner. As a result, Korea seems to be riding on this high where the media is convinced that K-pop has taken over the world, thanks to this second wave. It seems to me that Korea finds this second wave to be a lot more exciting than the first – because what sounds more exciting: DBSK playing to an audience of 100 people in a university auditorium, or KARA debuting an album at the top of the Renkochoku online music charts?

KARA is part of this second wave, and their success is therefore a sign that the second Hallyu wave is working. Rather than simply promoting the success of Korean artists as a whole, it irks me that Korean media is now exaggerating Hallyu-related news at the expense of the reputations’ of sunbae artists. If people want to fabricate sales figures in an attempt to increase nationalistic pride, then so be it. But this current Hallyu wave is one heavily focused on profit gain and the dream of ‘taking over the world,’ and it’s not wise of the Korean media to tear down the work of the previous Hallyu wave in order to build up the newer Hallyu wave.