Would You Be "In the Night Sky" with After School? 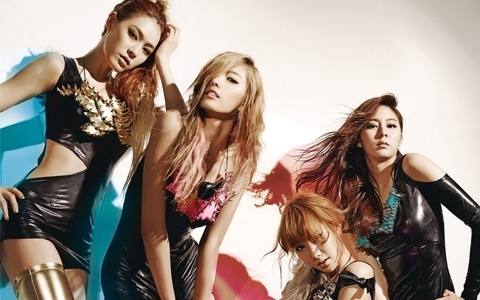 After being delivered a vat of disappointment from After School Blue, After School Red joins the club with their latest release “In the Night Sky.”

When it came down to After School Red vs After School Blue, I was Team Red all the way. Red had Kahi, Jungah, and Uee–it was obvious victory. But honestly, after being subjected to this hot mess, I’m eating my words.
I wouldn’t say I prefer “Wonder Boy,” but the song, their vocals, and their dancing is mediocre at best. And where exactly was the fierceness and the sexiness? Somewhere between Nana’s body rolls and–I can’t believe I’m saying this–Jungah‘s obnoxious belts?
At least they look good.
Oh and KPOP, a people’s culture/religion/and way of life, are not gimmicks to be used as concepts. Cease and desist because it’s rather sickening.