Where Were Jay Park and Tiger JK on Sunday? 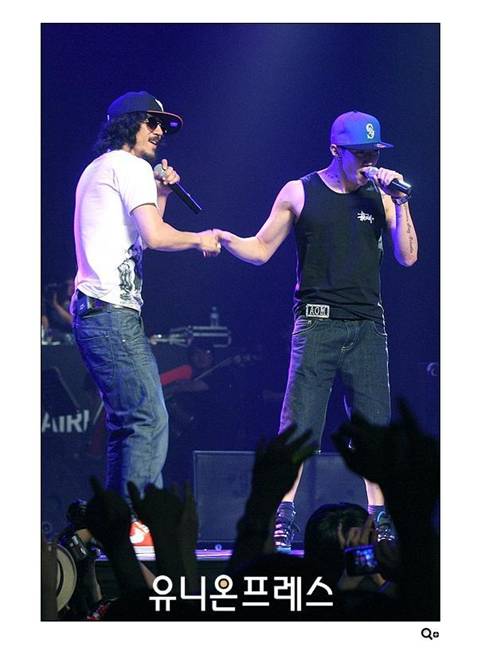 Oh, yeah! B-boying!! Now, if you recall, I like b-boy, so when I saw advertisements for R16 around Olympic Park on Saturday, I got on my phone to see if my connections could get me tickets. Thing is, my connections (Honest! I’ve got connections!) couldn’t pull tickets on such short notice, partly because a certain Jay Park and the Art of Movement crew were coming on Sunday. Ergo, Jaywalkers bought up a bunch of the tickets. Since I already had some other things scheduled (Which could, in theory, have been re-arranged.), I survived the disappointment.

Check out the showcase battle between AoM and Redbull BC ONE All Stars.

On top of that, there was a special performance with Tasha and Tiger JK, guest starring Jay Park.

As I was looking around for more information, I was surprised to notice DJ Wreckx listed as one of the DJs, since I’d seen him just the week before. (Toldja I have connections!)

Be sure to poke around online and check out the undoubtedly impressive videos posted from this past weekend’s event!