Girl's Day's 'Hug Me Once': The Incredible Journey 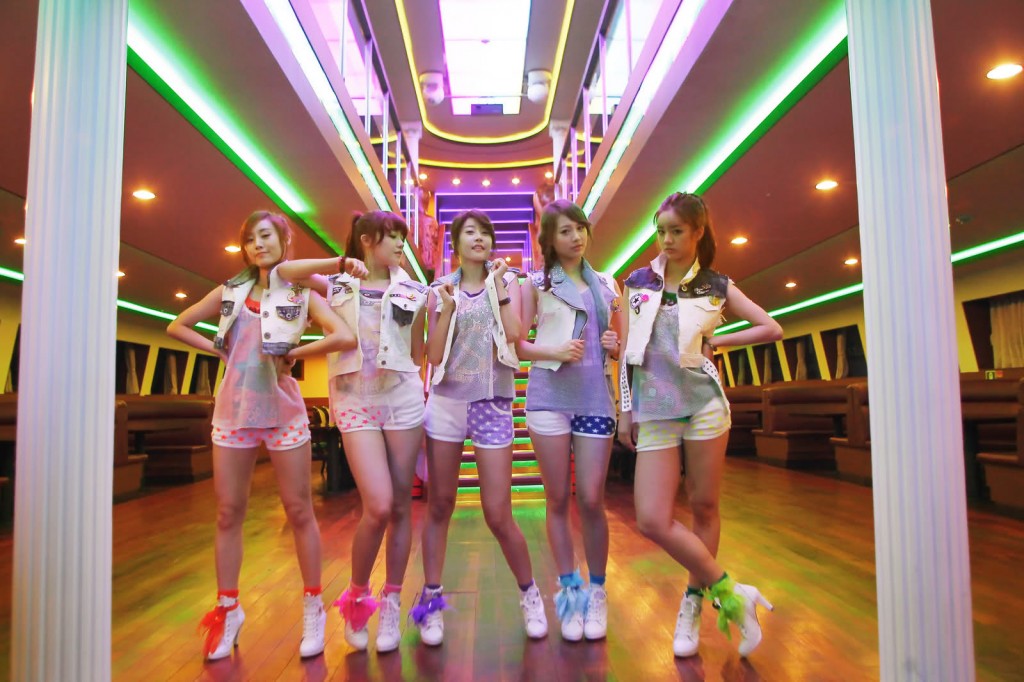 It feels somewhat inappropriate to say this, considering the subject matter, but I was pretty let down by the MV for Girl’s Day’s ‘Hug Me Once.’ I suppose let down in the sense that we were delivered what was promised, but it wasn’t impressive.

The teaser was enough to dash any hopes of a slick, mature single, so I went in with more anticipation, if you can call it that, for the Interactive-Music-Video-Experience.

Which was basically a guy following around Girl’s Day while they did stuff.

All right, that’s not completely true and I will give them some credit for the scenario; you basically go on a fantasy tropical island date with each member of Girl’s Day, suitable to their personality.

Some of you readers have implied it, but the best thing to compare this to is those girlfriend-dating simulation games from Japan; more specifically a game starring one of Japan’s most prominent girl groups, AKB48, called “AKB1/48: If I Loved an Idol” which of course was so successful it merited a sequel, AKB1/48: If I Loved an Idol in Guam (they wear bathing suits in this one). The basic premise of the game is the forty-eight members of AKB48 confess their love to you, and you, the player, get to select who to reject and who to accept.

Right, well that’s disturbing enough, but ‘Hug Me Once’ is miles more innocent. Which is well, sort of the problem. What the video really amounts to is the director being dragged along by each girl on her own personal photo shoot. There’s nothing “interactive” about it. Then, what makes things more confusing, is that the whole thing is some dream! I think “interactive” I would think the guy whips out a 3DS or something.

Overall, my verdict is disappointment, with a sprinkling of confused. I definitely believe they cocked up the execution – this smacks of something Girls’ Generation might have done a few years ago, and even then, SM would have threw in a complimentary video game or something.

So, good, bad? Nightmare-inducing? What the hell, I’m easy, I’m still a fan. Are you?