The New York Asian Film Festival has taken over New York City. Tuesday night at Walter Reade Theater I watched their screening of “Bedevilled” the Jang Chul Soo drama about two childhood friends, the dynamcs of their relationship and where it leaves them. Watching “Bedevilled” is witnessing Korean film doing what it does best. It mixes genre and tone in a way that makes me rethink what film can do. 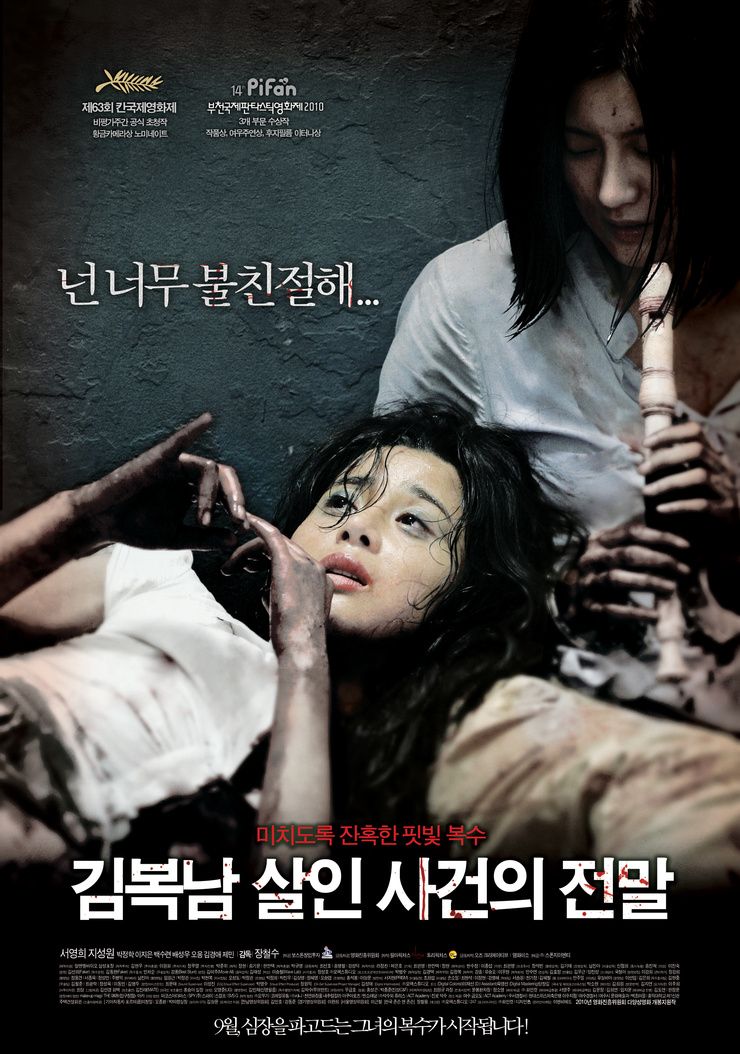 The main character of the film is Hae Won (played with a January Jones frigidness by Ji Sung Won) a woman who gets ahead in the world by being completely self-centered and doing nothing for anyone else that is out of her way. When she is laid off from work she decides to have a short stay on the island she visited with her grandfather when she was young.

It’s Moo-do, a place so small that only about a dozen people live there. Bok-Nam (played wonderfully by Seo Young Hee), her husband and child, her brother-in-law, one old man and a slew of old women are the only ones that inhabit the isolated island. Bok Nam has never even set foot on the mainland. When Hae Won arrives her friendship with Bok Nam is rekindled. However, it is cut short by her discovery of the brutal treatment that Bok Nam receives from her husband (battery), brother-in-law (rape), and the old ladies of the island (verbal abuse). When Bok Nam discovers that her husband and daughter’s late-night fishing rides may not be so innocent…something snaps, the final straw is laid on the camels back and her decisions send the film careening through it’s second half to the close.

Bedevilled touches on themes common for Korean films and (in an entirely different way) dramas: rural life versus life in Seoul, the big city, classism, the poor treatment of women, and—in a sense—the bystander-effect. And in each of these themes there is a mood that the director offers to the audience in which we most live for the time he allows. Sometimes while watching the movie you’ll want to laugh, you’ll want to cry and, a lot of the time, you’ll want to scream. The excellent use of music in this film, though sometimes heavy-handed, brings these different tones together flawlessly. It was brilliant experiencing the audience in the theater—a smattering of applause after bloody vindication turning into the collective hush from laughter moving to a somber stillness.

The film has some problems however, the ending is uneven, the music has it’s pitfalls and, most unfortunately, the main character goes through no transformation, making me question if she should even be considered the protagonist of the film. At the end of the day, however, the film is a great viewing experience. Bedevilled is a great mix of horror, heartache and humor that will leave you bewitched.