JYP Gets on the Gorilla Bandwagon 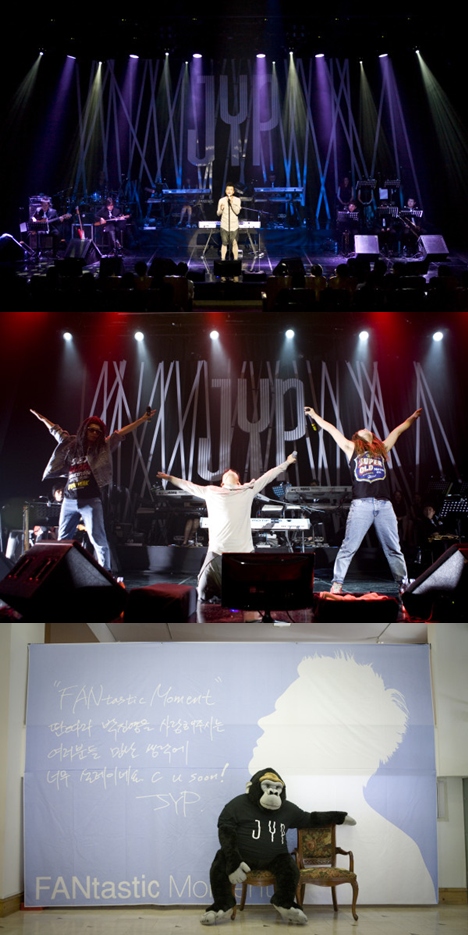 It had to happen sooner or later. I remembered the old days of Seoulbeats when we were more famous than Angelina Jolie and more hated than Dominique Strauss-Kahn. When we were soul-crushingly honest and used a few harsh words. One of those harsh words was “gorilla” to describe JYP aka Park Jin Young. Now, this would make anyone angry but now that I’ve seen the picture above from Park Jin Young’s recent fan meeting, I think we should all kumbaya over our past differences seeing as fans and antis alike see the uncanniest of similarities.

This isn’t the first time JYP and co have poked fun at the “sexy gorilla” moniker. JYP rapper, San E, had this charming picture posted to his official site last September. 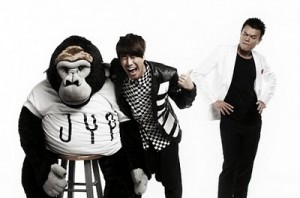