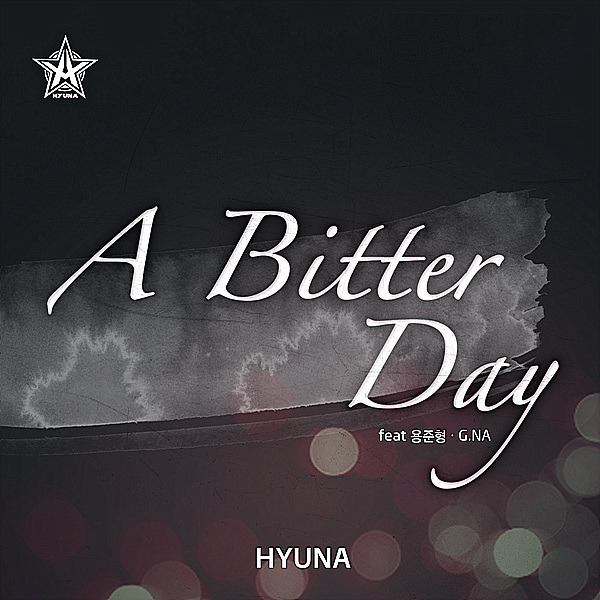 After the _________ (fill in the blank) that was HyunA’s first solo, Change, I was wary of her new release. But, I like it. I mean, I could listen to this song on repeat on a nice, drizzly day. (And let me tell you, we’ve been having a lion’s share of drizzly days here in Seoul. Rain, rain, go AWAY!!!!)

I can’t really call this effort a solo work, considering that it’s more of a Cube Entertainment collaboration, featuring G.Na and B2ST‘s JunHyung, but the different parts go nicely together. I particularly liked JunHyung and HyunA’s rap conversation of sorts. Can I just say, someone at Cube Entertainment is on the ball as far as sad, but good songs go. First was Fiction (which I LOVED!), now A Bitter Day. Perhaps said someone needs some chocolate or a good latte (The ‘latte’r one works well on me!!), but maybe not, since they’re cranking out such melancholic goodness.

Now, if I didn’t know better, I would think they were saying. A Better Day (Really, G.Na, you’re a native English speaker, you should be able to enunciate between better and bitter…). With my limited Korean, maybe I could listen to it and pretend the lyrics are happy, or at least hopeful, right?

What are your thoughts/reactions? Like? Dislike? Weeping your eyes out, bitterly shouting ‘It’s true!’ at the screen?