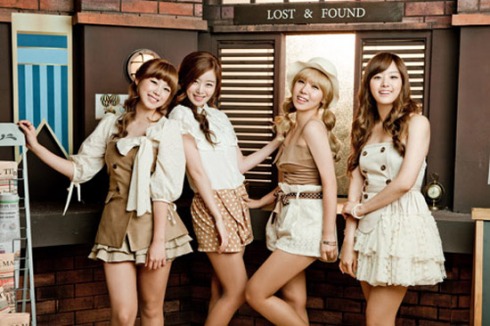 We’ve got two new MVs fresh out of the can , and since the artists are so diametrically opposed to one another, I figure they’d be good for inspection. Plus the pairing itself is good for some giggles.

First, we have the Korean Rasta man, Skull. Former artist from the YG district, he is held in fairly high esteem by the general reggae community for his talents. I mean this dude is the real deal- he has dreadlocks and idolizes Bob Marley (though who doesn’t?)- he isn’t messing around. Sadly, he’s probably recognized by less than half of the Korean music fan contingent, but he’s a wonderful example of breaking one’s own barriers. His music was popular, it charted on Billboard, and he legitimized himself in a primarily non-Korean scene. It’s possible folks.

2. Not going to lie, it’s nice to see one of us, (and yes by that I mean “Chocolate people”) prominently featured. Also, in a sense it shows his authentic understanding and respect of the culture. He is a part of it , not just co-opting it because it’s “cool.”

3. I like how the location seemingly switches from Jamaica(?) to Korea – another marking of respect without belaboring the point.

4. I’m just going to end this by stating the obvious – he’s hot. I’m not usually a dreadlocks person, but hair is of no consequence at this juncture.

Secret! Initially there was a bit of confusion on my part concerning the comeback – the songs for the MV and the music shows are completely different. Not unusual. but it didn’t dawn on me in the beginning all right? Everybody likes Secret now, but I was one of their early defenders who thought they were originally getting the short end of the stick. I still like them, but now I kinda don’t know what to do with them. I loved their early sound, even if it was repetitive. Sometimes I wonder- if they didn’t have that ‘Magic’/’Madonna’ period, would the retro concepts repel me a bit?

1. One thing these girls excel at: cutesy without being over-the-top, or creepy or embarrassing. Even in another concept I still can get a grasp of their personalities (one thing YG has perfected).

2.Finally! Other than 2NE1, do we ever really hear a girl group’s designated rapper sing?

3. Ah, I’ll admit I’m easy; I like the song’s title, ‘Starlight, Moonlight.’ Oooh, and the art direction is pretty as well.

4. Aww, the janitor man was the secret admirer! I mean, I know it’s obvious at this point, but he kinda goes against type, doesn’t he?

4. Waha! It was all just a dream! But then who gave her the gifts? Will we learn in ‘Oh Honey?’ Ok I am officially a liar. I am totally hooked.

Haven’t been able to listen to the other song yet, but I’m curious as to how the two will relate, if they have anything to do with one another. Again, I can’t imagine another girl group doing this and getting my approval. Can you think of anyone else that could have pulled this off so well? Well, perhaps that is the “secret” (ha!) to their success. A little versatility can go a long way.