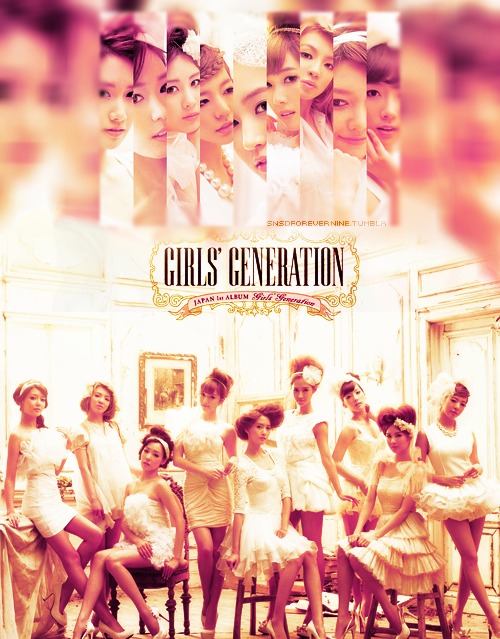 SNSD‘s first Japanese album will be dropping on June 1st this year, and what do Korean agencies LOVE to do before an album release? More teasers, of course.

First up, we have our very first teaser which was unveiled on 20th May. It showcases snippets of tracks included in the album:

SM Entertainment did a great job in remixing all the music. I mean, it was all well-blended (hopefully you get what I mean) and while we’ve already heard most of the songs , some of the brand-new Japanese tracks did show potential to be something more than just yet another manufactured pop song. I’m sure fans would be lapping up this remix even if it isn’t entirely new material.

Then we come to the 2nd teaser which was released on 26th May:

If you thought the first teaser was an eye-opener, this second teaser blinds you. Like, literally and figuratively speaking. I personally found it incredibly taxing to watch both videos at once, because my poor, tired eyes were expecting cotton pink or some other cutesy color, instead of a myriad of bright neon shades. I thought the audio was as good as the first teaser’s, but the images? The entire teaser looked like some enthusiastic but inexperienced amateur had decided to throw in weird, creepy and absolutely random pictures so he/she could call it “artistic” or “symbolic”. Skulls? Winged angels? Flying cut-out lips? What, may I ask, do all these have in common with one another?

Maybe to the trained eye, these psychedelic visuals are artistic in an abstract sense and we’re just too dense to understand them. And some people might welcome this new style instead of the usual SM teasers, which may be easily accepted by fans but much more typical and much less unique. But there’s a fine line we have to draw between unique and disastrous.

So what’s your take on SNSD’s teasers? Are you as horrified and disappointed as me, or do you give these 2 teasers the thumbs-up?