JYJ‘s management companty C-JeS Entertainment posted a notice on their official website on March 1st telling fans that the much anticipated JYJ reality show,  JYJ’s Real 24 was canceled by QTV.  The show was going to reveal life behind the scenes of the trio with cameras following them 24/7.

The show had been hyped for several months now with more than two months worth of footage being taken.  The footage documented Jaejoong, Yoochun, and Junsu throughout their daily lives and also included special occasions like a backstage visit to Junsu’s musical.  The show was to debut at the beginning of February, but was postponed due to various reasons.  Then today C-JeS Entertainment said that they received word from QTV that they were dropping the show.  C-JeS has said that the cancellation is due to “… the reason that everyone knows…” and were hoping to get the footage to share with fans somehow. 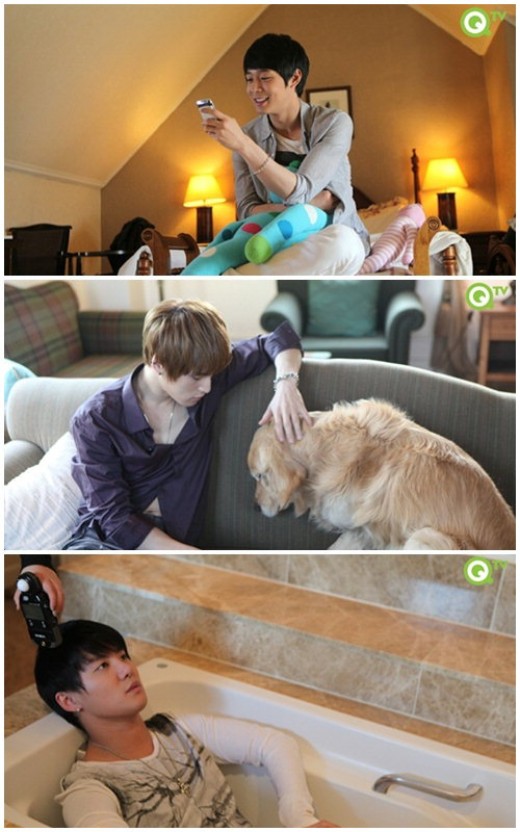 Reports are that QTV is saying that the scheduling of the show just didn’t work out, but I’m not buying it.  Some might say that this kind of thing happens like with dramas, but I believe there is one big difference there.  For dramas, a production company is producing the drama and if the drama begins filming without a debut date (cue Birdie Buddy, hopefully not What’s Up) and the drama never gets picked up by a network, the production company is the one to absorb the costs.  In this case, QTV was producing the reality show, so now they’re the one having to absorb all the production and promotion costs for the past two months- can you believe that they would just chalk all that up as a loss due to scheduling conflicts? Uhhh, no.

I totally think that SM Entertainment put the pressure on and probably threatened QTV with never having any SM entertainers on their network or SME gave QTV a sweeter deal.  I hope that someday soon some companies in the ROK step it up and not let SME have this kind of control over their actions.  I realize that what JYJ did is a big no-no in Korea’s entertainment culture, but you know what?  According to the courts in the ROK, JYJ’s claims of unlawful contracts were found to be true- they’re the victims.  I don’t care whether the whole issue stems from greed or freedom, their cause was found to be legally just, so SME get over it and move on with the rest of your talents.  And, to the other television stations, radio stations, etc. bowing down to SME- try growing a pair and give the boys a fair chance.

If not, JYJ keep coming to the US (hello, Hawaii- you owe us one) and everywhere else around the world where there are fans willing to support you.  Damn the Man!  Save the Empire!