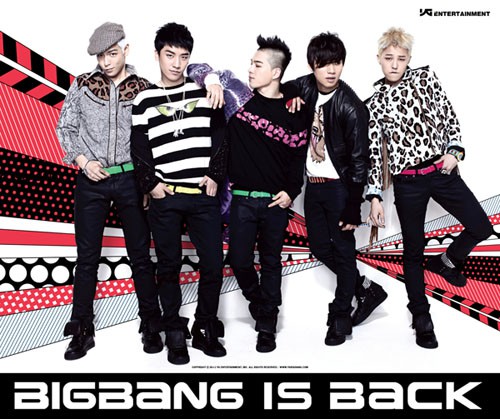 They might have achieved an all-kill on music charts everywhere with their 4th mini-album,  driven fans crazy with promotions for title track “Tonight“, and it’s no exaggeration to say that they managed to take Korea by storm after a 2 years and 3 months hiatus.  But Big Bang isn’t done just yet! YG Entertainment announced that the boys will be returning with a 4.5 album in early April.

It is said that the album will consist of 6 tracks from Tonight (Intro, Tonight, What Is Right, Somebody To Love, Hands Up and Cafe), along with 4 new songs. The title track for album 4.5 has not yet been confirmed.

I know some VIPs were kind of disappointed the last time when Big Bang announced that they were only releasing a mini-album, but I actually thought it was a great idea since we would be seeing alot more of the boys.  There wasn’t much competition when Big Bang came back, since everybody else just postponed their comeback dates or whatever, but this time I’m hoping that more idol groups will rise to the occasion and give Big Bang a run for their money. I mean, a little rivalry goes a long way to boosting the hype and anticipation for both groups… it’s time for some excitement in K-pop world!