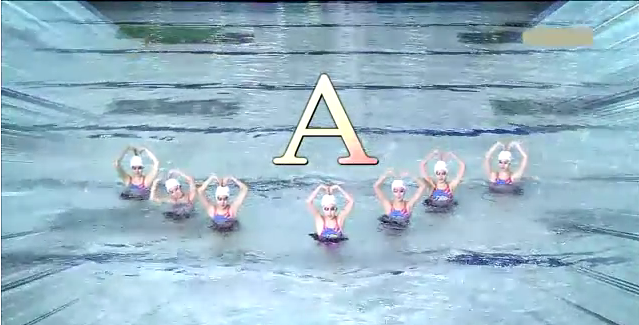 The Korean public deems another girl group routine too racy? Grass is green, water is wet, and nothing is new.

MBC television special “Idol Star Athletics and Swimming Championships” was already wallowed in controversy even before the show was aired. The actual swimming competition was aired without much event, but a special synchronized swimming performance by Rainbow attracted some “tsk-tsk”‘s from viewers. Check out the clip below:

Apart from the horrible mixing job on the part of the editing team, I found the performance to be pretty innocuous. But some viewers said that the broadcast was “embarrassing to watch.”

“I was uncomfortable watching the parts when they showed their butts,” expressed one netizen.

Man, they were even wearing little skirts just to make y’all happy; what more do you want from them?!