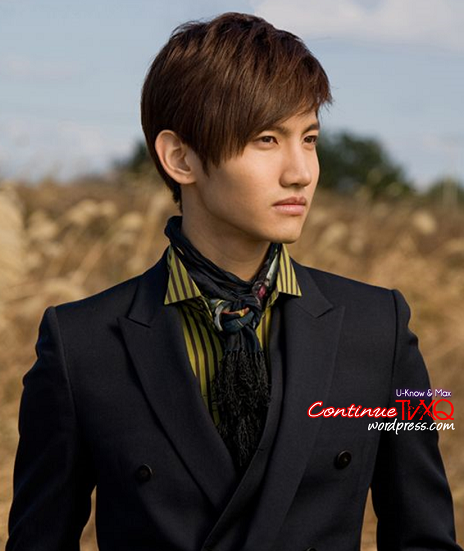 How do you keep a sinking drama from capsizing? You throw an idol star in the cast at the last minute and hope that things will get better.

SBS’ Athena: Goddess of War was billed as the spin-off series to the wildly popular Iris, but despite its strong start in the ratings race, Athena has been averaging a 12 percent weekly viewership – which, for the high budget drama that it is, does not spell good news.

But, of course, the God of the East comes in and saves the day. Maybe.

DBSK‘s Changmin started filming for Athena last week, and will appear in the last four episodes of the series as a nuclear weapons’ specialist for the National Intelligence Service. His first appearance will be in the episode airing tomorrow (February 7th).

Funnily enough, Changmin’s current drama, Paradise Ranch, airs directly after Athena…so viewers will be able to see Changmin’s fine derriere in a suit (A SUIT!!!) for two hours in a row every Monday and Tuesday.

But suit or not, I can’t help but raise an eyebrow at this casting decision because a) it’s another idol star in a drama – which, to me, translates into this:

…and b) it’s a little too obvious that the producers are grasping at straws to pull up Athena’s ratings for the last few episodes. I mean, they started filming just last week for an episode that’s going to air tomorrow? And they pulled a guy from the same company that already has its grubby hands all over this drama?

Props to them for at least trying to pull it together in the end, but I can’t help but chuckle at their desperation. Just a little. Call it schadenfreude.