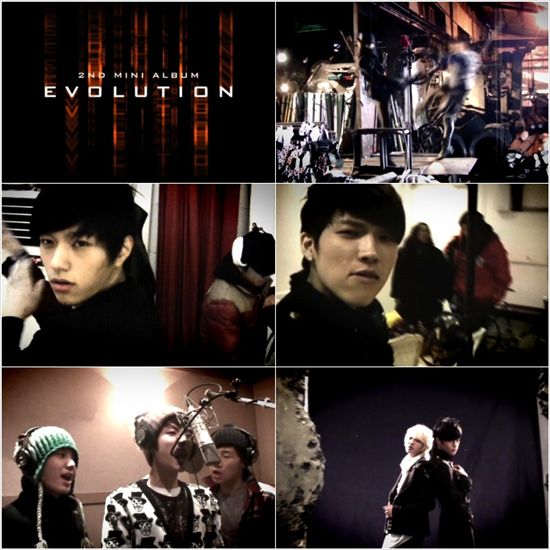 Woollim Entertainment‘s rookie boy band INFINITE returns to Kpop with their second mini album Evolution. Woollim released a teaser showcasing the entire mini album via their official YouTube channel.  The mini album will feature six songs: “Intro Evolution,” “BTD (Behind the Dawn),” “Can U Smile,” “Hysterie,” “Voice of My Heart,”  and “I Don’t Know.”  The teaser includes clips of each song and vids of the boys at practice, at photo shoots, and on the set of their video, check it out.

Sounds pretty good.  I’m digging “Before the Dawn” and “Voice of My Heart” with what I heard of the songs from the clips.  INFINITE really impressed me with their debut, they’re definitely one of my fave rookie groups.  I even bought their album.  Their debut song “Come Back Again” was awesome, but what impressed me the most was their performances which were INFINITEly stellar.

Evolution is scheduled to drop on the 6th, with INFINITE holding a showcase to introduce the album to fans at 2:oopm on the 6th at the SEOUL CGV in Apgujeong.