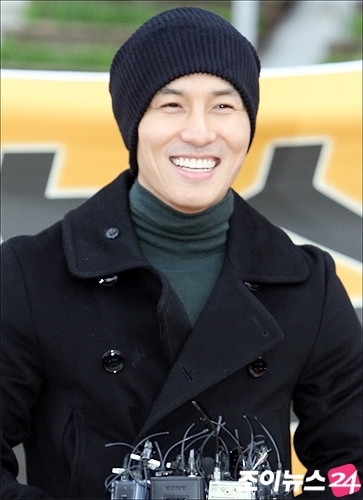 Another member of legendary Korean boy band Shinhwa has been released from his military duty.  Kim Dong-wan is the second member, after Eric Mun, to complete his duties.  He was greeted by about 200 fans holding signs and bringing gifts of cakes and flowers. 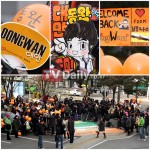 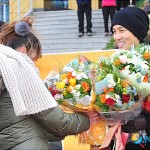 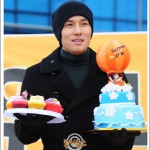 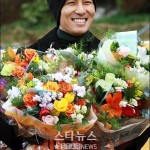 He thanked the fans for their support and said that he will be taking a short break (although he has an upcoming fan meet and Japanese album release) and then will return earnestly to work as a singer.  I have a soft spot for Dong-wan because he was the very first guest of my favorite Kvariety Family Outing and he was great on it.

Jun Jin, Andy Lee, and Lee Min-woo are all currently serving.  All the members of Shinhwa will be done with their duties in early 2012 (Shin Hye-sung was exempt from service due to a bad knee).  There is talk that they will reunite once they all return from service.