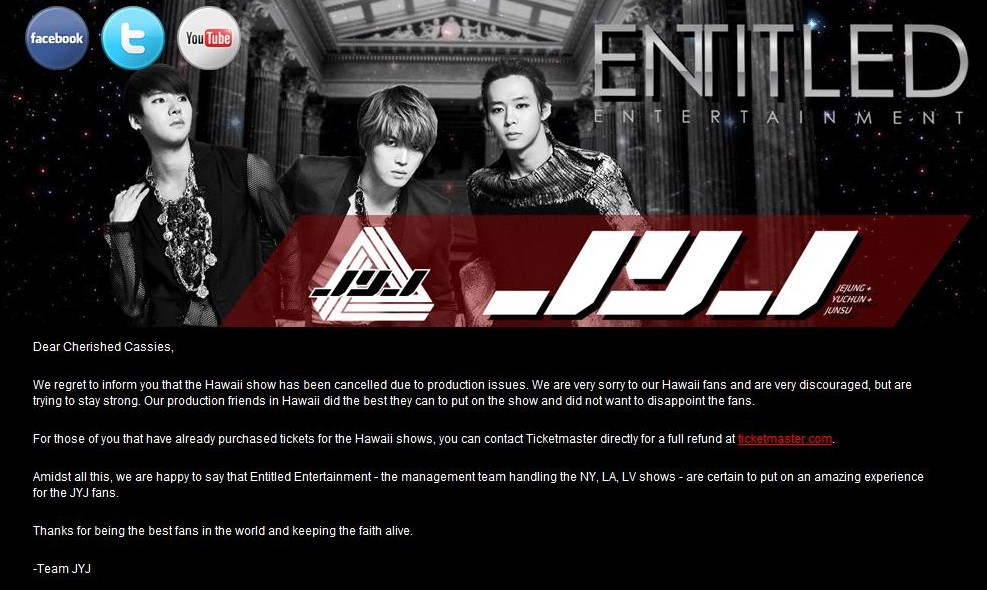 On Entitled Entertainment’s page for JYJ‘s Hawaii concert, they posted a letter to fans announcing its cancellation due to ‘production issues’.   I had a bad feeling about this concert, especially when I kept checking tickets at the venue and a lot of good tickets were still available.  According to a report in Star News, the ‘production issues’ included visa problems for the boys and Micky suffering from fatigue due to his hectic schedule with the tour and filming for Sungkyunkwan Scandal. Due to the low ticket sales, the concert had also been moved from the Neal Blaisdell Arena that can hold 8,000+ to the Concert Hall which holds 2,000+ with tickets scheduled to go back on sale on the 6th.  It really was going to be an enormous feat to try and fill up the arena with the tickets going on sale only 10 days before the concert.  At least they tried to still have the concert by changing venues, but with all the problems that were compounding they must have decided to cancel.

The good news for fans is that the refund procedures for the cancelled concert is pretty simple. Those that ordered their tickets online or by phone will automatically be refunded.  Anyone that bought their tickets at a retail location must return to that same location with their tickets to get their refund.  For more information check out Ticketmaster’s  Refund Policy page.

I have to admit I’m disappointed about the cancelled concert (I had sweet tickets).  I feel worse for Japanese fans who made arrangements to come to Hawaii for the concert, but hey you’ll still be on vacation in Hawaii so it’s not sooo bad.  If JYJ really loves us Hawaii and Japan fans, you can always schedule another concert here for us- maybe after Los Angeles?  We’re on the way back to Seoul. 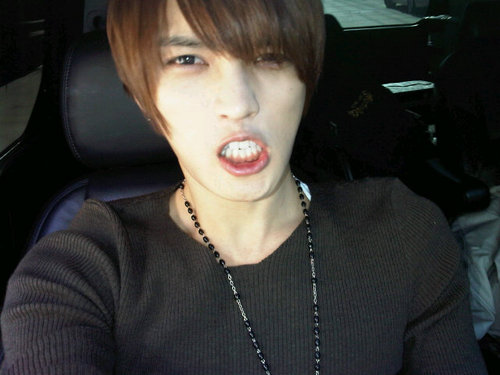 Uh, oh… Someone lost his voice 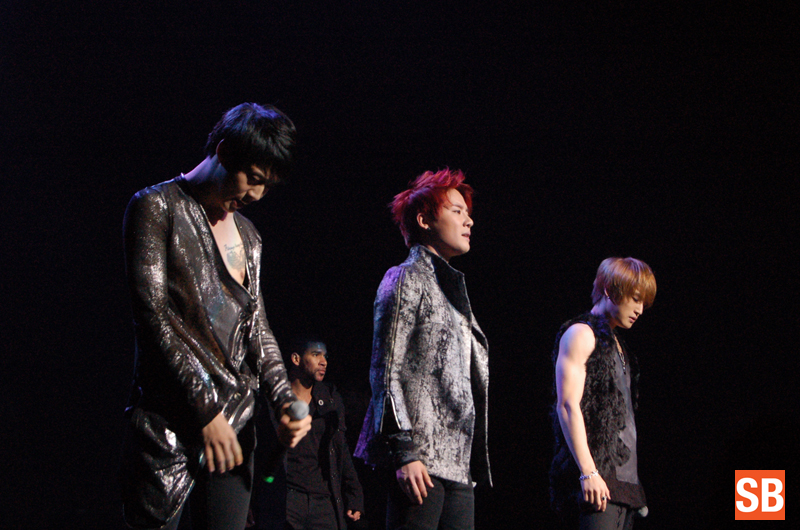