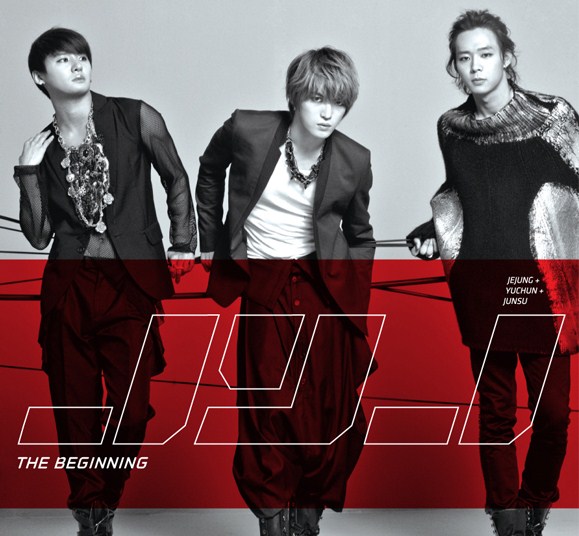 JYJ‘s US fans were ecstatic when four US concert stops were added to their concert schedule, but as the concert dates grew closer and no information regarding ticket sales were released that joy lead to distress.  Finally, some good news has been released.  Ticketmaster via their Twitter released information that the Hawaii show to be held at the Neal Blaisdell Center* on November 10th is a go and that tickets will go on sale on Monday, November 1st at 9:00 am, the event information page will be posted tomorrow. 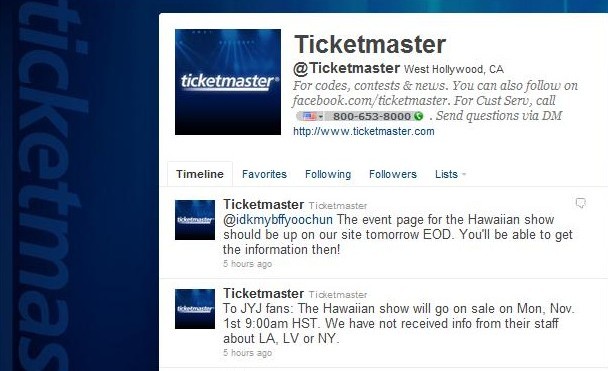 Promoters are sure cutting it close selling tickets just 9 days before the concert.  Fans are worrying that due to the last minute ticket sales, attendance will be low and would unjustly discourage future concerts by the trio and other Kpop acts.  The Hawaii date was added (in place of the San Francisco date) to appease Japanese fans because Japan was not part of the tour schedule.  Nine days would seem to be too little time for Japan fans to make arrangements, but you never can tell what fans are able to do.

Other dates for the US concerts are November 12th in New York, November 14th in Las Vegas, and November 19th in Los Angeles, but no further information about these concerts have been confirmed yet.  The confirmation of the Hawaii date does give US fans hope though, guess that fans all need to “always keep the faith…”

* Just checked the Neal S. Blaisdell Site and they FINALLY have the concert listed on their event calendar.  Tickets range from $75 – 200.  Check out the above link for more info including the seating chart, fees, etc.