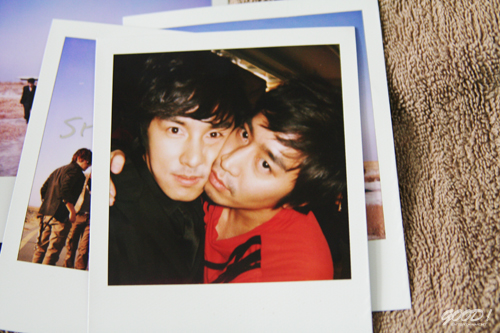 Eric is back (we all know that) and soon to discharge from the army is his fellow Shinhwa, Kim Dong Wan on December 7th. Both will be heading out to Japan in December to meet their fans, after being away for so long. The events may be for each member separately but I wouldn’t doubt it if they show up for each other’s fanmeets (Shin Hye Sung to0?). Tickets are already sold out.

With that, Kim will also debut “Kim Dongwan Japan Premium Best” and hold a concert on December 16th for the album release. A project is underway for the folks living in Shin-Okubo, one of Japan’s Koreatowns, to hang orange flags and posters (orange is Shinhwa’s official color) from December 13-19 to celebrate his return. Looks to be an orange Christmas in a part of Japan this year.