"Secret Garden" blows "Fugitive" out of the water

For the SBS drama’s premiere episode, a modest viewership of 17.2% was recorded. I’m sure that was helped with hype from those kiss-in-the-park stills, but honestly, I wasn’t expecting anything less with talents such as Hyun Bin and Ha Ji-won.

Comments have been abound with praise for Ha’s martial arts sequences. Some were even directed at the female cast in “Fugitive: Plan B”, remarking that they should take a leaf out of “Secret Garden’s” more realistic action scenes.

Well, I’ve just seen the first episode and I must say the ‘action’ is rather happening for me between the leads. It’s been awhile since “Kim Sam-soon” and I didn’t realize how much I missed seeing dorky Hyun Bin. I daresay I forgot how much comedic appeal he had. My bad! He sure is a fitting replacement for the current SKKS withdrawal I’ve been going through. As for Ha Ji-won, I last saw her in “Haeundae” and she was excellent as Busan girl Kang Yeon-hee. She embraces that edgy, slighty androgynous personality to a T – and have I mentioned how I’m starting to see a resemblance between her and Jun Tae-su? OK, I digress a little. 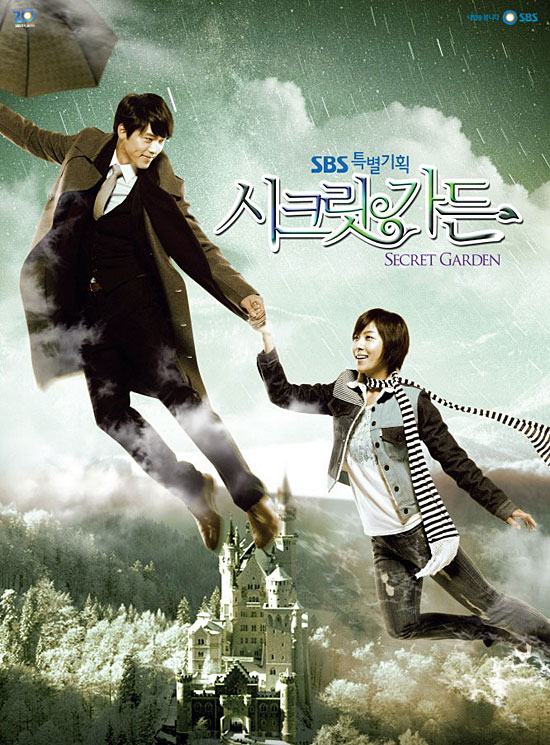 The supporting actors weren’t disappointing either. Yoon Sang-hyun plays Joo-won’s (Hyun Bin) cousin, a promiscuous, flamboyant Hallyu star. For me, his appearance (age, I guess?) makes it a tad unbelievable but if that was really him singing in the first ep then I have no further comments. This isn’t the first time he’s singing in a drama anyway – previously in 2009 in “Queen of Housewives”. Kim Sa-rang plays Yoon Seul, a prissy lady who tries to get into Joo-won’s good books. Out of the four, I’m least familiar with her but she’s as convincing as bitchy goes.

I say the production team made great choices with their cast. With such a flighty storyline of “body-switching”, the actors could make this plot a trend. Can’t help it, “Secret Garden” looks to be brimming with gags and eye-openers.

If you’ve seen any part of the drama, drop any comments you have below!